Negativland, from Neu!’s first, self-titled album is a near ten-minute odyssey of prog-infused Krautrock.

Beginning with the sound of juddering road drills fighting for ear space with electronically-treated voices and crowd effects, it creeps up on you in a rush of linear feedback that gives way to its simple, steam-powered groove. Bringing to mind Bowie’s title track from Station To Station, it’s all repeating bass lines and simple drum patterns; long, straight and endless – proper head music for the cross-legged longhairs and wispy beard-strokers of the world.

Over the course of the track, the rhythm rarely changes. There’s a brief spell in the middle and again towards the end when the rhythm section hits downhill without the brakes on and moves into second and what might even be third gear, but just as things seem like they might be getting out of control, they reign it all in again and bring us back to the groove. It’s not repetition, as self-confessed Neu! fan Mark E Smith might’ve said, it’s discipline.

The melody on top, the colour, is provided by wind-tunnel effect guitars redolent of that whooshing Leckie-produced ambience that colours much of the Stone Roses’ debut album. There are no vocals. Vocals, clearly, are for wimps. Featuring just two members – Michael Rother on guitar and bass and Klaus Dinger on spartan drums – with heads down and minds locked, there was never going to be anything as conventional as a vocalist, at least, not until the closing track on the album, if indeed sporadic, whispered, strangulated mutterings are your idea of vocals. Rother and Dinger had left an early incarnation of Kraftwerk to form Neu! and where their former band would go on to pioneer the use of synths, so too would Neu! push the boundaries of what was possible with guitars. 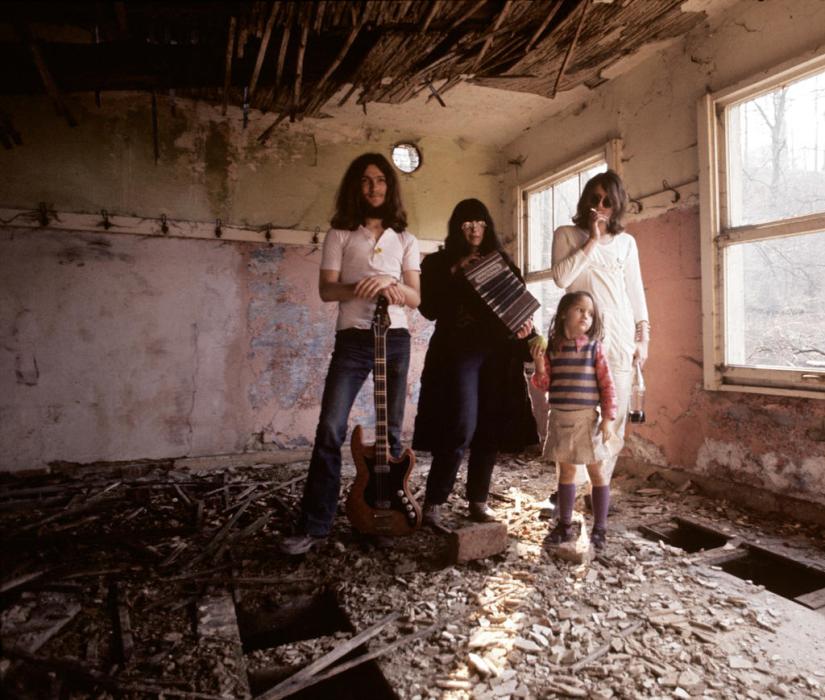 As Julian Cope says of the band in his essential reference Krautrocksampler,

‘The sound that replaced the hectic stop/start of the Kraftwerk trio was an ambient bassless White-light Pop-rock mantra that steadied itself directly between the two extremes of Bubblegum music and the extreme German experimental music.

Neu! was the product of two young Master-magicians who had so grabbed hold of the creative ‘moment’ in the studio as to create a true jewel of an LP.’

It’s a record that’s not for everyone, Neu!’s debut, but if you get it, you really get it. Minimal, with clean lines and no clutter, from its day-go logo sleeve in it’s the very antithesis of the bloated, overblown, hobbits and goblins musical landscape of the era. You’ll hear its influence ring true in the records of the aforementioned Bowie as well as the ambient scrapings of PIL – check out Albatross – and the electro-fried stylings of Stereolab. 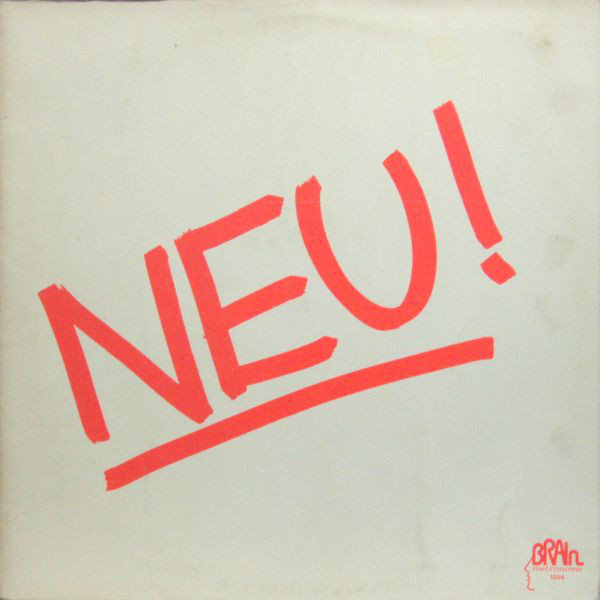 Negativland and the rest of Neu! (with a side order of Sister Ray) is clearly to art-rock what Black Sabbath (and a side order of Blue Cheer) were to metal – gate-opening, trailblazing and quite unique.

You knew that already though.

I’ve been doing a lot of cycling recently, up and down Ayrshire’s sun-baked coast, and much of it has been soundtracked by Neu! I’ve become a bit fed up of my self-compiled iPod ‘Cycling‘ playlist, a playlist that was put together a year ago with great care and attention, added to sporadically since and been sequenced and resequenced numerous times to reflect the ebbs and flows of an average 30 mile ride – a blood-pumping fast one to start (a track by the essential yet horribly-named Fuck Buttons, the name of which escapes me at the moment), before settling into the groove and rhythm of cycling to the combined output of Underworld, Land Observations, Kraftwerk and the likes. And Mogwai’s The Sun Smells Too Loud. That’s always a good one when it pops up. But I got fed up with all of it and started listening to complete albums instead. Searching for the ideal cycling companion. Did you know, you can cycle from Prestwick to Kilwinning in exactly the time it takes London Calling to play? If it’s not too windy… 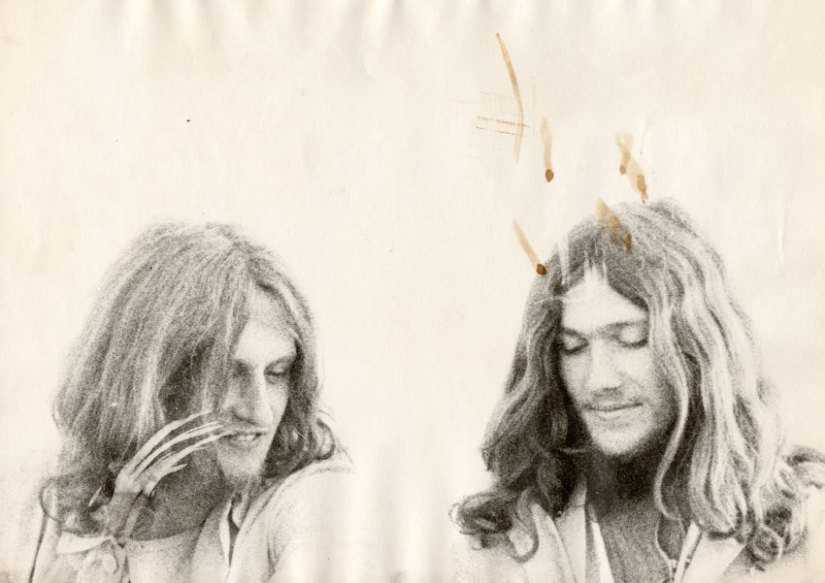 As much as I love my guitar bands though, I prefer to cycle to electronic music. Music with a pulse beat. Music that plays repetitively. Music that is enhanced when, between the gaps in the tunes, you catch the whirr of a well-oiled chain snaking through the sprocket. Which is where Neu! come in. Not really pure electronic music, Neu! They play guitars and stuff. It’s just that, in amongst the found sounds and random ambient noises they’ve commited to tape, the band have a knack of locking into a good groove and can go at it for ages. Proper head-nodding music. But you knew that already.

Their track Hallogallo has been a cycling staple for over a year. Rhythmic, repetitive and driven by that very motorik, Krauty pulsebeat that’s required for my type of cycling (“I wanted to be carried on a wave like a surfer”, said Rother, explaining his music a few years back), it’s almost as if it was made with me in mind. Which is frankly ridiculous. If someone had told the band in 1972 that their 10 minute opus would be able to be freely listened to on a portable device whilst someone wheezed their way along the highways and byways of the national cycle network, they’d have accused you of smoking something more potent than the jazz cigarettes they were willingly ingesting. 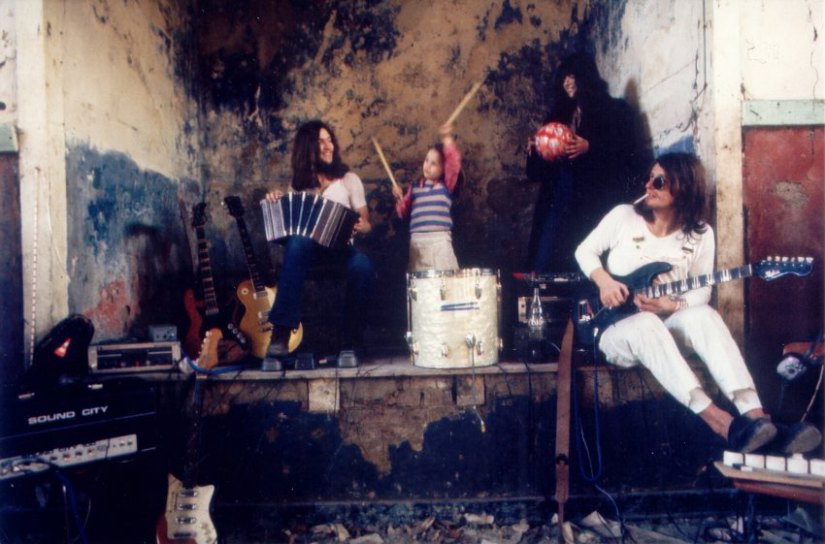 Imagine if after leaving The Beatles, Pete Best had gone on to form The Rolling Stones. Not content with being the founding father in one extremely influential group, he goes on to build another. Dinger and Rother did just this. Both were in a prototype Kraftwerk, before splitting and forming Neu! To paraphrase an old joke, I’d say Neu! play both types of music – arty and farty. The three albums they released in the 70s – 1972’s Neu!, ’73’s Neu! 2 and ’75’s Neu! 75 are hugely influential (not then, of course, but now) and greatly important in the development of the Krautrock sound – “an ambient bassless White-light Pop-rock mantra,” as Julian Cope described it in his excellent (and recently reprinted) Krautrocksampler. Remarkably, I picked up an original in a  book sale in Kilwinning library for 25p!

If you’re expecting to hear verse/chorus/verse/chorus/bridge/chorus/fade to end, look away now. If you’re made of sterner stuff, jump right in. It’s a bit like drinking alcohol for the first time. Initially, you pretend to like it, but secretly find it hard to stomach, but before long you wondered how you got by without it.

Hallogallo is the opening track from Neu!

Für Immer is the opening track from Neu! 2. “A greener richer Hallogallo“, to quote Julian Cope again. It’s another terrific example of the Neu! sound – a relentless, motorik driving pulse with textured layer upon layer of chiming, ambient guitar and occasional whooshing flung in for good measure. I think you’ll like it.

The Sun Smells Too Loud by Mogwai. Cut from the same Krauty kloth, but with a heavier guitar. S’a cracker.

And, hey! If you go here, you can download Krautrocksampler as a PDF, for free. Danke schön!