As is the way at this time of year, lists, polls and Best Of countdowns prevail. Happily stuck in the past, the truth of it is I’m not a listener of much in the way of new music. Idles seem to dominate many of the lists I’ve seen, and I want to like them, but I can’t get past the singer’s ‘angry ranting man in a bus shelter’ voice. I’ve liked much of the new stuff I’ve heard via 6 Music and some of the more switched-on blogs I visit, but not so much that I’ve gone out to buy the album on the back of it.

If you held a knife to my throat though, I might admit to a liking for albums by Parquet Courts and Arctic Monkeys, both acts who are neither new nor up and coming. I  listened a lot to the Gwenno album when it was released and I should’ve taken a chance on the Gulp album when I saw it at half price last week, but as far as new music goes, I think that’s about it. Under his Radiophonic Tuckshop moniker, Glasgow’s Joe Kane made a brilliant psyche-infused album from the spare room in his Dennistoun flat – released on the excellent Last Night From Glasgow label – so if I were to suggest anything you might like, it’d be Joe’s lo-fi McCartney by way of Asda-priced synth pop that I’d direct you to. Contentiously, it’s currently a tenner on Amazon which, should you buy it via them, is surely another nail in the HMV coffin.

2018 saw the readership of Plain Or Pan continue to grow slowly but steadily in a niche market kinda style, so if I may, I’d like to point you and any new readers to the most-read posts of the year. You may have read these at the time or you may have missed them. Either way, here they are again;

See you next year.

When Neil Armstrong and his pals landed on the Moon in the summer of ’69, their landing spot became known as the Tranquility Base. I’d assume this is because it was close to the Moon’s Sea Of Tranquility, although I’m happy to be corrected on that one. Anyway, being the first to experience an out-of-this-world environment of stilled calm and slo-mo movement, I’d imagine it was the very essence of tranquility. 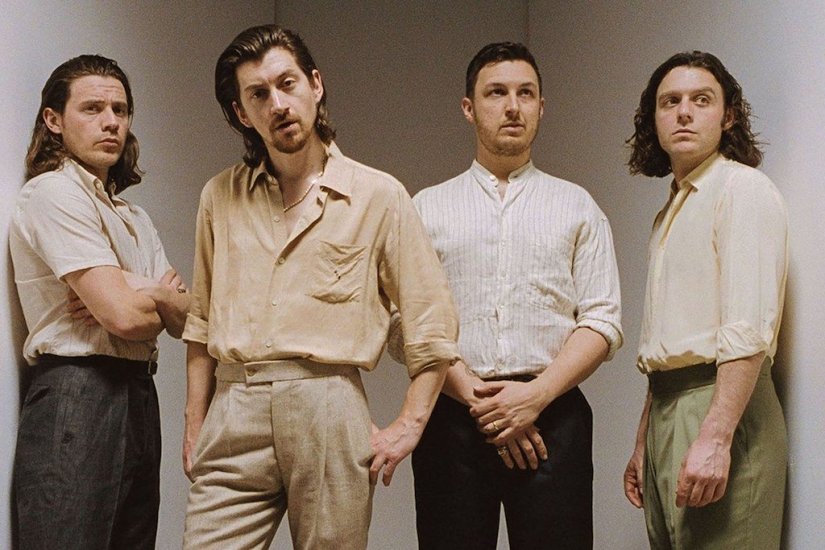 Alex Turner and his Arctic Monkeys pals have just taken one giant leap forward with their new album, in part (I’m assuming again, and happy to be corrected) named after that landing spot on the moon. Tranquility Base Hotel & Casino landed last week and it’s a real departure from previous Arctic Monkeys’ records. I’ve lived with it on the commute to work the past few days and it’s fairly wormed its way into my head.

“I just wanted to be one of The Strokes,” laments Alex on opener Star Treatment.“Now look at the mess you’ve made me make, hitch hiking with a monogramed suitcase, miles away from any half-useful imaginary highway.”

He half speaks, half croons in his Yorkshire accent, unaffected (in voice at least) by his current choice to live in California. The sunshine’s clearly doing good for his music. He’s eased the band into ridiculous new trousers – the mark of true popstars, of course, and the mid 70s with liberal sprinklings of Carol Kaye-ish stop/start basslines, Fleetwood Mac-esque falsetto backing vocals and coke-addled Station To Station era Bowie piano. It’s as far removed from I Bet You Look Good On The Dancefloor‘s rattlin’ knee tremble as possible and it’s great.

OK, you’re thinking. That’s the curveball out the way. The band’ll get down to their usual business from now on in, But no! There’s more of the same on the next track. And the next. And the one after that. Fragments of half-known lyrics pop up now and again; the title track mildly pilfers ‘Mother’s got her hair-do to be done‘, from Pet Shop Boys’ Suburbia. Start Treatment‘s drawled, laconic ‘Who you gonna call?‘ is begging for a fuggy ‘Ghostbusters!‘ in response. “Take it easy for a little while,” he suggests, on Four Out Of Five. It’s bugged me all week where he borrowed that particular line from, but it’ll come to me no doubt as soon as this piece is published. Despite the sticky fingered approach here and there, Turner’s lyrics are pretty great.

“So when you gaze at planet Earth from outer space, does it wipe that stupid look off of your face?” he intones on American Sports.

The entire album continues as it starts; mid paced, self assured and self indulgent. Turner’s voice is the real star throughout. He’s the Sheffield crooner, taking his cue from those excellent Last Shadow Puppets records and using it to grease the wheels of a band who’ve worked extremely hard to steer their ship from its expected course.

It’s the sort of collection of tracks that could really tick off the festival audiences in the summer. If Alex and co choose to ignore the terrifically urgent Fake Tales Of San Francisco or the long-haired desert rock outs of Crying Lightning and everything else that followed in its globe-straddling wake, the band are in danger of losing their audience. My teenage daughter is already getting twitchy about their potential choice of set at TRNSMT in a few weeks. Me? At the age of 48 and a half, I’m perilously close to buying my first Arctic Monkeys album. Get with it, kids.

I’m quite enjoying The Last Shadow Puppets single just now. ‘The Age of the Understatement’ isn’t quite the lost track from ‘Scott 4’ that the band would like it to be, but it twangs in all the right places and rushes past like Morricone beating The Coral to the finish line in the 100m sprint. There’s even a nice whiff of the Electric Prunes in the string arrangements.

Even better to these ears is their cover of David Bowie‘s ‘In The Heat Of The Morning’. Originally recorded for Deram back in the 60s, this is one of the lesser-well known gems in the Bowie catalogue. All strings and weird chords, in the scheme of things it falls somewhere between ‘Space Oddity’ and ‘Wild Eyed Boy From Freecloud’. You could be forgiven for thinking that The Last Shadow Puppets based their entire sound around this record, cos it sure sounds like it. But in a good way. Bowie likes it too. “That’s wonderful,” he said. “A daymaker.” Go on…make your day….

*The Last Shadow Puppets – ‘In The Heat Of The Morning’ 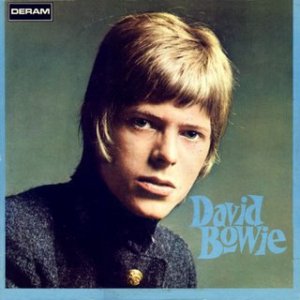 Today’s blog has been half-arsed and lazy. Better quality blogging will resume as normal next week.