Famously, The La’s hated their debut album. Where the record-buying public heard it for what it was – a great collection of well-constructed chiming, rattling and rolling songs, Lee Mavers rubbished it as a mismatch of tracks recorded at various sessions with a variety of producers over a couple of years; a guide vocal here, an unfinished guitar part there, a work in-never-ending process. Given a sprinkling of magic dust by Steve Lillywhite and released against the band’s wishes, it lacked, shouted Mavers, spontaneity, cohesion and the requisite ’60s dust. Chas Smash, once of Madness and at the time The La’s A&R guy told me recently of the band’s American tour to promote the record when Lee, faced with the wibbling and gurning jocks on ButtKiss FM – “I love your shit, man!” – would slap a beat-up C90 in front of the presenter and declare loudly and proudly, “Dis… (slap!) is da fookin’ album, la. Play dis one instead!” The record company people, with the promotional weight and might of Polygram behind them, would hold their heads in their hands in despair as, station after station, Mavers would repeat his trick until eventually, the stations stopped playing any La’s at all.

Likewise the Beta Band. They certainly weren’t the first band to disown their debut album, but they were equally as vocal as The La’s. “It’s definitely the worst record we’ve ever made,” announced Steve Mason when it was released in 1999, “and it’s probably one of the worst records that’ll come out this year. It’s fucking awful.” 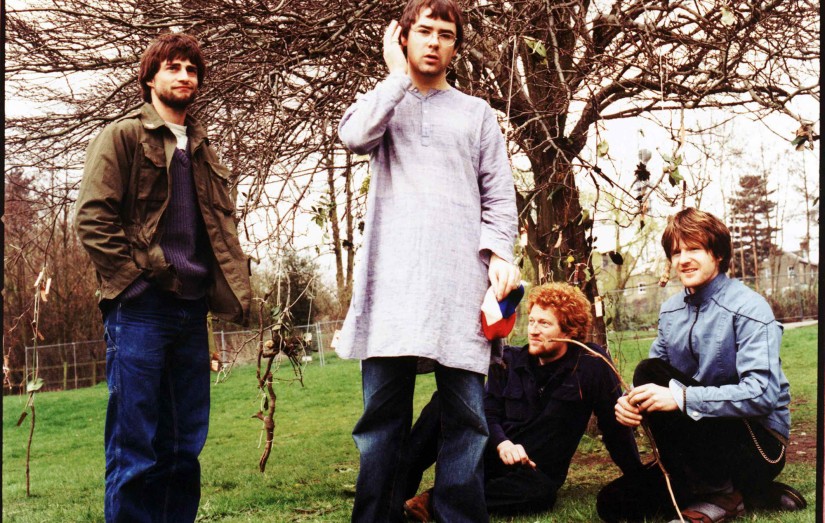 Coming a year after the celebrated ‘Three EPs‘ compilation, the band took the magpie ‘n kitchen sink approach that they’d developed over those three singles and threw everything, literally and metaphorically, into the self-titled debut album proper.

They wanted to make it a double album, with each of its four sides recorded in a different continent; Asia, South America, and so on. Economics had the final say unsurprisingly, and so much of the record was put together in a shed that belonged to the grandfather of the band’s keyboard player/sampler/DJ John Maclean. An ambient companion piece was eventually shelved, trimming the intended double album to a single ten track record.

It was a difficult record to pigeonhole, and thank goodness for that. In an era when bands were defined by the trainers they wore or the records they never namechecked, The Beta Band was almost unclassifiable. It bulges and bursts with ideas; wonky Scottish raps, carnival drums, filling-loosening dub reggae bass, frazzled and meandering psychedelic guitar lines… sometimes within the one track.

Broken Up Adingdong is almost every idea considered for the album realised in miniature. Beginning on a rhythm of pattering handclaps and what might be someone playing makeshift drums with the palms of their hands on the back of an acoustic guitar, it motors along on a steady, skifflish two chord shuffle that falls somewhere between the scrubbed to the knuckles approach of The Woodentops and the measured discipline of Can or the Velvet Underground.

Tumbling waterfalls of acoustic guitar – similar to the occasional riff that permeates The Patty Patty Sound‘s ‘Monolith‘ – chime their way in and out of the tune, panning from left to right and back again (try it with headphones on for full effect) and as it builds to a crescendo of overlapping vocals, repetitive chants and frantic, double-time claps, it gives way to a collage of beats.

Calypso drums dance and weave in and out. Loosely tightened drums thunder with Bonhamesque brute force. Hairspray hi-hats hiss their way across the top, disco without the glitterball, as some sort of Donna Summerish string sweeps in and then out again just as abruptly. One of those old-fashioned bicycle horns hee-haws its squeaky guffaw between the tapestry of pots ‘n pans percussion and the whole thing rattles and rolls to a stuttering close, as dignified as the Eastenders theme tune tumbling down ten flights of tenement stairs. It’s messy, hypnotic and groovy as fuck.

Time has been kind to the Beta Band and The Beta Band. It’s certainly not the clunker the band suggested it was, and not for a minute do I believe Steve Mason when he said as much. Twenty years on, I suggest you revisit that debut album as soon as you can.