Years ago, in the grim and distant past, I was doing some supply teaching work. Back then, much like it is nowadays, permanent teaching jobs were thin on the ground as to be almost non-existent, so any call from any school was gratefully received.

“Are you able to work tomorrow…?”

It was that bad. Imagine trying to secure a mortgage on that kinda deal. One day I was asked to go to a school and take a primary 7 class for a couple of days. The class teacher doubled-up as a member of the school management team and was on a course, so I was asked to cover.

Two things tend to happen if you’re called in as a supply teacher. Either you go into the classroom the back of eight o’clock and on the desk is a detailed plan to follow; numeracy and literacy lessons for every differentiated group and/or individual, a selection of topic-based activities that the kids can choose to do in any order, an art lesson perhaps, a short story… far more than you’ll ever need, but enough to ensure your day is action-packed with work set by a conscientious teacher at all of the learners’ abilities. Alternatively, you might find a quickly scribbled note instead. “Feel free to do whatever…as long as they’re busy…Lucy and Emma will give out any jotters you’re looking for. Don’t let Jayden sit next to Reuben or you’ll have a fight on your hands. They’ll want to sit together, and they’ll try it on with you, but I’ll have Reuben’s mother up at the school if you do and she’s a pain in the arse, so please don’t.”

As it was, this particular time fell somewhere in the middle.

“The kids are working on subtraction. They have their own work and know what to do. They have gym after the break. We’re doing gymnastics but if you want to do something else I don’t mind. For literacy, here’s a reading comprehension book. Normally I differentiate depending on the groups, but just pick one exercise and do it with the whole class if it makes it easier for you. They also have the laptops this afternoon. We’ve been learning how to set up a class database, but again, do as you please.”

I flicked through the comprehension book. It was the usual teaching aid full of book extracts, poems and made-up news reports, all with a variety of questions that, if answered correctly, would demonstrate each pupil’s reading ability. Then, jumping out at me from the the bottom corner of one page was a picture of Bob Marley, a classic shot of him in closed-eyed freeze frame, his defiant fist punching the air like the exclamation mark on a political soundbite. It accompanied a passage about the slums of Kingston in Jamaica; crime, poverty, hardship. Stone me! I’d found my literacy lesson.

When the time came, I asked the class if anyone had heard of Bob Marley. Straight away, half a dozen hands shot up. With a massive, knowing grin, one wag filled us in. “Ma br’er huz a poster a’ him oan his wa’. ‘E’s smokin’ a massive doobie in it!” Righto. So we knew who Bob was. Did we know where he grew up, I asked. No-one did. We read the passage about life in Kingston, about the shanty towns and high-rise tower blocks where people lived on top of one another and where gun crime, murder and gang warfare was a normal way of life for much of the population. Bob Marley was held up as an example of someone who’d managed to escape this life and was now one of Kingston’s most-celebrated sons. The passage carried a tale of morality; work hard, be good to others and you can make a better life for yourself. I’m not sure that message got through to the kids in the class, most of whom were still sniggering at their classmate who’d said the word ‘doobie’ to this unfamiliar teacher, but there we were.

“‘No sun will shine in my day today…the high yellow moon won’t come out to play.‘ It doesn’t matter the time of day, I pointed out, if you live in this part of Kingston, you’ll live in permanent darkness. Bob Marley wrote that.”

“‘Darkness has covered my light and turned day into night… No chains around my feet but I’m not free, I know I am bound here in captivity…’”

It’s amazing when a casually-acquired knowledge of Bob Marley’s music will come in handy.

“How d’ye ken a’ that?” they asked. For the first time in my nascent supply career, I had a classroom hanging on everything I said. 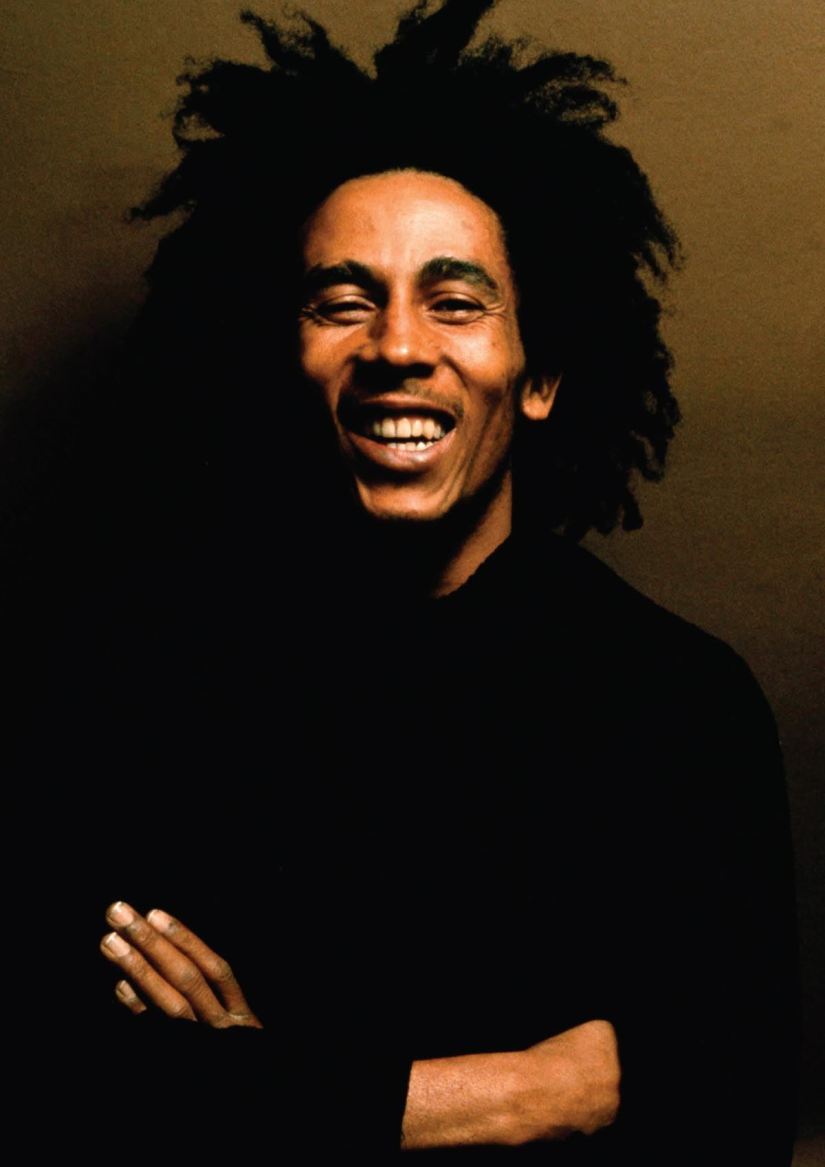 I explained about Concrete Jungle, the opening track on Bob Marley and The Wailers’ Catch A Fire album. It’s basically folk music, I explained. In Scotland, folk singers sing about fishing boats and sheep farming, about the threat of nuclear war and about people they know. Bob Marley’s music is also folk music, albeit coated in sunshine and played with a reggae beat. Much discussion of what reggae was followed, ending with me asking the kids to clap out a four-beat bar of handclaps with me emphasising the stomps of my foot on the off beat while over-egging some shonky ‘ooh-yeahs’ in an approximation of Bob Marley on Jammin‘. It did the trick. Bob sang about what he knew, and on Concrete Jungle, he’s telling you how tough his life was.

In the corner of the classroom was a smartboard. Nowdays, they’re ten-a-penny in schools and there’s nary a classroom that doesn’t have one, nor a teacher who doesn’t know their way around it, but back then, smart boards were a brand new thing. I have no doubt that the smart board was in this particular classroom because the teacher, being a member of the management team, had pulled rank to snaffle one of the few that the school had sourced. I connected it up and, this being the days when YouTube wasn’t blocked by the authority’s servers, put on the version of Concrete Jungle that The Wailers had played on Whistle Test. It was dynamite.

The kids sat in studied appreciation as Marley sang the words I’d told them previously, his band playing with effortless cool. Marley might’ve been centre-stage, but it was clearly his band who were driving it. Not only did they look great, they played great too. A practically motionless and stoned immaculate Peter Tosh barely touches the strings of his guitar yet the opening notes, all open wah and weeping pain, meander fluid and free before falling into its rocksteady chicka-chicka rhythm. The easy, soulful falsetto he contributes throughout is the perfect counterpoint to the melancholy and sadness of Marley’s lead vocal. The keys, very reminiscent of Stevie Wonder’s Superstition I noted to myself, (I hadn’t noticed that before) clack and squeak their way into the groove, never in the way but always there for requisite funk.

By the time the whole band has fallen into step, they’re cooking up quite a quiet storm. It’s easily one of my favourite music-on-TV clips. The kids in that P7 class loved it too. For the rest of that day in the classroom, we used the laptops to research Marley’s life and death and legacy. There was a steady stream of Bob tunes flowing from the iPod I’d rescued at break time from my car as we wrote, read and learned his story. Eking out all they could about the football-playing, ganja-smoking Bob Marley, the kids worked in small groups to create wonky and ropey but well-researched and honest presentations. Concrete Jungle is almost, in today’s parlance, a deep cut, but ask those kids (adults today) and I bet half of them would name it as their favourite Bob Marley tune.

There’s another version of Concrete Jungle, the demo that Chris Blackwell felt needed westernised to suit UK radio play. It’s a bit rough around the edges, but bereft of the shinier production of the more well-known version that opens Catch A Fire, it’s something of a beauty. 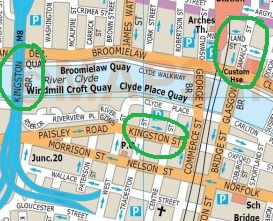 For the second day, I showed a map of Glasgow on the smartboard. “It’s Glasgow,” I pointed out unnecessarily. “But who can find anything relating to Kingston or Jamaica?” I drew an invisible circle around the Kingston Bridge and Jamaica Street and waited for their oohs and aahs.

“Bob Marley also wrote about slavery,” I said. “In fact, his song ‘Slave Driver’ is exactly about that.” We listened to that track too and discussed it before spending the rest of the day researching the Glasgow tobacco lords and the legacy they’d left the city of Glasgow. No statues were toppled, no history was rewritten. Instead, 30 or so young minds were informed and expanded in many different ways. And all thanks to a random picture of Bob Marley that was in an old book that the teacher left out for me. Stir it up, as a great man once said.

7 thoughts on “Bob Marley and The Scholars”