Keeley Moss is a Dublin-based musician and blogger. When she’s not leaving lengthy comments to many of the blog posts round this parish, she can be found blogging at her own Keeley Chronicles where she is committed to keeping the name of German student Inga Maria Hauser at the forefront of conversation. Murdered in Northern Ireland in 1988, Hauser’s killer is still at large. Since first taking finger to keyboard and hand to fretboard, Keeley has dedicated her writing and music to Hauser. Uniquely, every song she writes is connected in some way to Hauser’s story. Not so much, ‘This record is dedicated to…‘ as ‘This record is dedicated.’

Recently signed to London-based Dimple Discs (home to a noteworthy Irish contingent including Cathal Coughlan and Damian O’Neill), Keeley’s second single, the Brave Warrior EP has garnered praise and plays from all the best corners of the internet and beyond. Features at the end of last year in the Irish press eventually trickled their way over the sea and a steady stream of postive reviews has led to a tidal wave of enthusiasm for her latest release.

Keeley – The Glitter and The Glue

Lead track The Glitter And The Glue has been playlisted by 6 Music’s Steve Lamacq and is exactly the sort of short, sharp guitar-based indie rock that Lamacq has long-nailed his thinning floppy fringe to. Glammy, trashy and instantly singable, it surfs along on the same snappy riffage that Johnny Marr has employed in recent years – more bite, less jangle, all up-stroked choppy chords and snaking counter melodies. I think you’d like it. 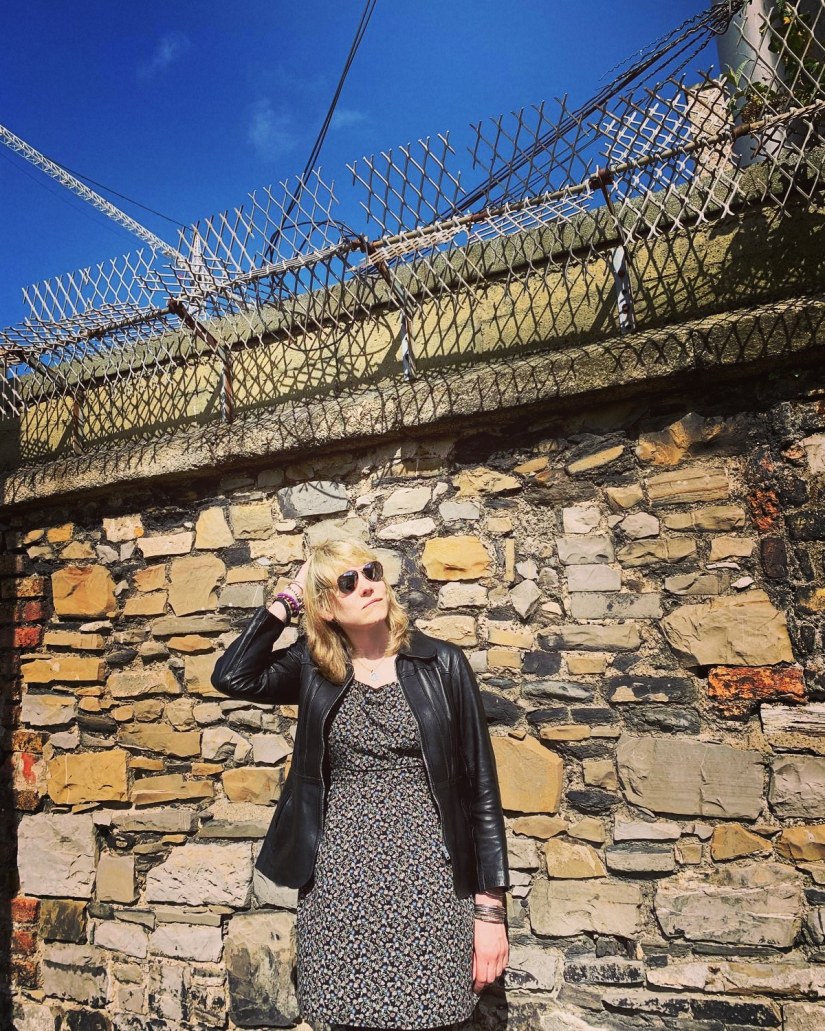 Elsewhere on the EP you’ll find the electronic whoosh of Last Words, Inga Maria Hauser’s story set to music, the embryonic Never Here, Always There and the effect-heavy and self-explanatory You Never Made It That Far. If y’like conscientious indie rock with its roots firmly planted in the early ’90s, you could do worse than check out the EP for yourself. Live dates – remember them? – will follow no doubt…

You can find the Brave Warrior EP at Keeley‘s Bandcamp page here.