Many years ago (31, if y’re asking) I found myself invited to the old BBC Scotland headquarters at Queen Margaret Drive in Glasgow’s leafy west end. I’d spotted an advert in the Herald seeking trainee producers for BBC Radio Scotland and my application, written more in hope than expectation, made its flimsy way through the vetting process and landed on the pile marked ‘interview’. It was quite the thrill to step inside an ancient and famous place of broadcasting history, the doors and signage pointing the way to ‘Arts‘ and ‘Sports‘ and wherever, with the promise and potential of an exciting career lying just beyond.

I was asked to wait in an area of the foyer until my allotted time and so I sunk back into a deep mustard-coloured couch, fidgeted with my tie and took in the surroundings. A TV – large and state of the art for its time, but a clunky box that most teenagers would turn their 4K and flat screened noses up at nowadays – flickered on the wall above a set of lift doors, its sound low, playing whatever was currently showing on BBC Scotland. As I was trying to tame the jumbled thoughts in my head of how I could answer the questions the interviewers might throw my way before they swept their paperwork aside, pumped my arm in warm congratulations and offered me the opportunity of a lifetime, the lift doors swished open. 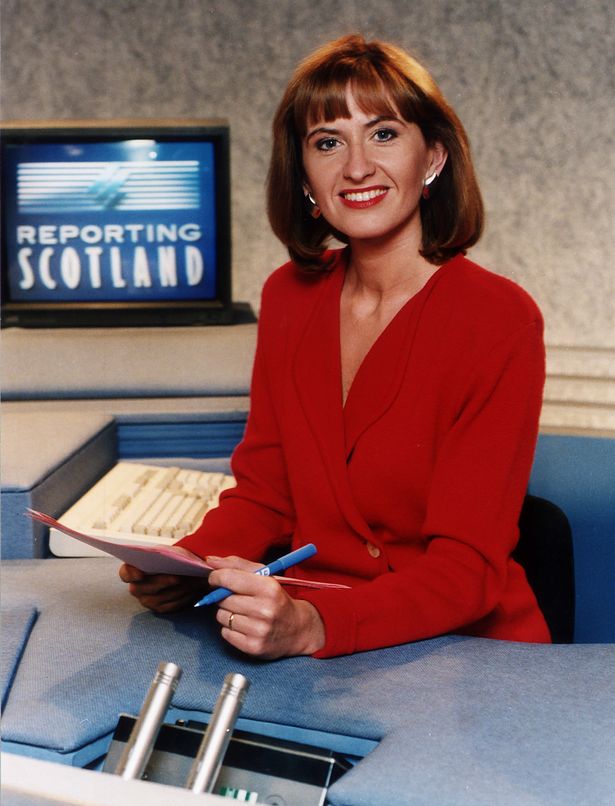 Out stepped newsreader Jackie Bird, poured into an above the knee dress that was vivid Kilmarnock blue. With a sheaf of papers clutched tightly to her chest, she gave me a wee smile and clacked off down the corridor, her luxurious auburn hair following spellbindingly behind her, and vanished through a door that said ‘Current Affairs‘.

Dizzy with my brush with fame, I tried to grapple with what I’d just seen…and at that very moment, the very same Jackie suddenly appeared beaming radiantly from the telly above the lift doors she had just come from. I watched, hynpotised by the very newsreader I’d actually just seen a couple of minutes beforehand, dad!, suddenly aware that someone was calling my name.

A wee lady met me, tweed skirt and Margaret Thatcher lacquered hair and we went into the interview room. I was still buzzing about Bird. A younger guy was there, wearing one of those cowboy shirt ‘n bootlace tie get ups so beloved of many Glasgow trendies at the time. His collapsed Morrissey quiff and the way he lounged back into his interviewer’s chair gave him an intimidating air of indifference. I didn’t like him and thoughts of my new favourite newsreader immediately vaporised. The wee lady – her name is long-since forgotten – asked me a variety of getting-to-know-you questions, before launching into the Big One.

‘Given the chance, what sort of programmes would you make for radio?‘

I’d thought about this beforehand and so gave a good answer.

“There’s so much great music that’s come from Scotland in recent years – Rattlesnakes, Psychocandy, the Hipsway album, A Walk Across The Rooftops, Raintown – that I’d make a short programme on each album; how it was made and so on, with interviews with the musicians and the people involved in it. I think the listeners would like them.”

She nodded encouragingly, wrote some notes and thanked me for my time.

I didn’t get the job, of course, so you can imagine my ire a year or so ago when BBC Radio Scotland produced a series of classic album shows featuring most of the titles I’d suggested all those years previously. I’d like to say that perhaps my ideas were just too close in time to the albums in question, that hindsight and misty-eyed reverence has proven these albums to be the rightful classics that my 19 year old self knew they were much futher back in history, but, hey ho, there you go.

Elvis Costello had a similar brush with fame.

Sitting with photographer Chalkie Davies, Costello and The Attractions had just played I Don’t Want To Go To Chelsea on Top of the Pops and were in the foyer of Television Centre, waiting for a taxi.

‘Suddenly,’ said Davies, ‘Angela Rippon appeared wearing a green shirt and walked right past us, we sat there with our mouths open in lust and shock. The next thing I know he’s got his little notebook out and is scribbling down lyrics.’

There’s a smart young woman on a light blue screen
Who comes into my house every night
And she takes all the red, yellow, orange and green
And she turns them into black and white

Me? I flunked the interview. Costello? He got a song out of the occasion. His newsreader-inspired lyrics formed the opening verse on Green Shirt, a standout track on Armed Forces, his fourth album and one bulging with greatness.

He packs so much into a track, does Elvis. The way he phrases his words is fantastic, spitting ten to the dozen when there’s really no space left for them to fit into, eee-long-gating the others when there’s less words than music but still the need for both.

Delivered in that distinctive throaty voice that hiccups and slides through the words like egg white running down sandpaper, he reels off a song that’s part Orwellian paranoia, part knock-kneed new wave gloss, filtered through milk bottle-thick Joe 90 Gregory Pecks and rat-a-tat percussion.

Armed Forces is set for one of those triple-figured deluxe box set reissues. Don’t let me stop you if you’re the sort of hardcore fan who needs it all, but if you’re somehow new to the album, get yourself the meat ‘n two veg version instead. From the descending, confessional Accidents Will Happen via Oliver’s Army‘s Dancing Queen piano trills (check them out side by side) to the blatant late era Beatleisms of side 1 closer Party Girl, it’s a magic album. I suspect you knew that already though. 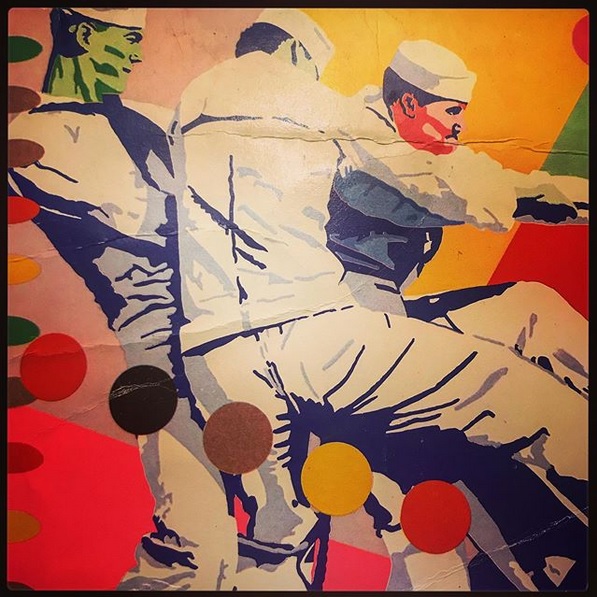