The ghosting season is upon us, the one time of year I truly despise. I hated it as a child. I hated it as a parent when my kids were young enough to participate. I just hate it. The dressing up… the greediness… those creeping Americanisms of going trick or treating for candy around cobweb-frosted front doors and plastic gravestone-enhanced gardens can do one.

Amazingly, brilliantly – God bless ye, Covid – this year there’ll be no drip-nosed grubbers standing at my door in their various states of grotesqueness, reeling off the same combination of tired and/or risque jokes (Q. ‘What’s the difference between the tyres on my dad’s car and a blonde?‘ A. ‘A blonde will go down quicker than my dad’s tyres.’) in return for a handful of Haribo and a “have you told your mum that joke?” telling-off from me. The wee girl who first let slip that horrorshow of a party piece four or five years ago, and every year since, might finally stop telling it for good now. 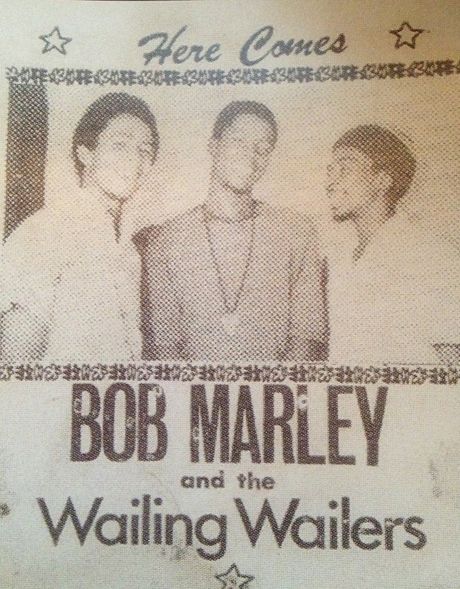 Bob Marley‘s Mr Brown is one of his earliest recordings, dating back to 1970. It just so happens to be a ghost song, written in response to local legend that told of a duppy/ghost that could be seen hurtling across Jamaica late at night on a three-wheeled coffin. Perched atop the coffin alongside the ghost were three crows, one of which could talk. The talking crow would repeatedly ask for a Mr Brown. If you ever saw this hideous and creepy apparition, the story went, then RUN!, because you didn’t have long left on this earth.

The tune itself is a gently lilting three chord skank, played at relaxed pace and featuring some sweet falsetto backing vocals. Guitars and keys lock the rhythm and never deviate, allowing Marley to tell the story of the out of control ghost-driven coffin and the talking crow. Not yer average subject matter, and all the better for it. 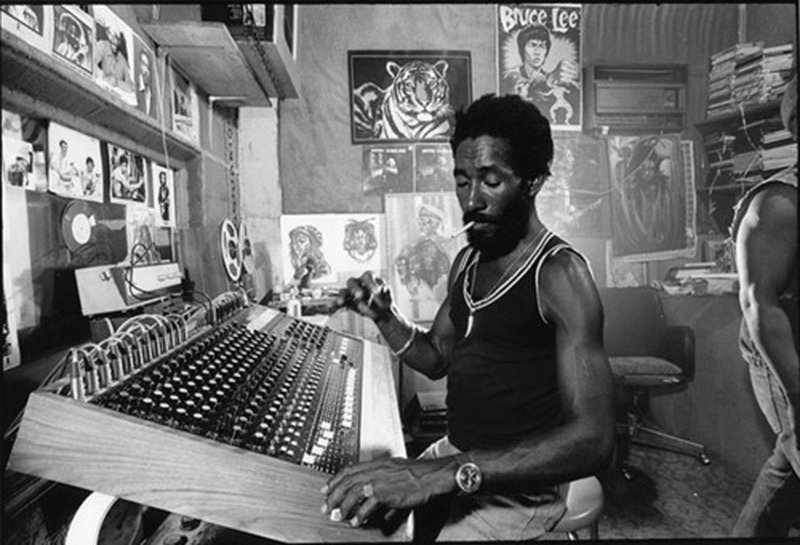 Mr Brown was produced by the ubiquitous Lee Perry. Lee Perry is synonymous with reggae. The more dubified the music, the more prominent his involvement. His blunted, mercurial touch has been applied to literally thousands of records from Jamaica and beyond, fried at the edges and sprinkled with madness but beating with a heart of thunderclapping echoes and cavernous bass.

As I get older, I’ve begun to appreciate his more outré work in much the same way age has allowed me to appreciate a fine malt. Slightly unpalatable at first, you quickly develop a taste and ponder how you could go an evening without it.

Playing around with the Wailers’ track, Perry removed the vocals, credited the instrumental to The Upsetters and manouevered it onto the flip side of the Wailers’ single. In keeping with the original’s ghostly/horror theme, it was given the title of Dracula. 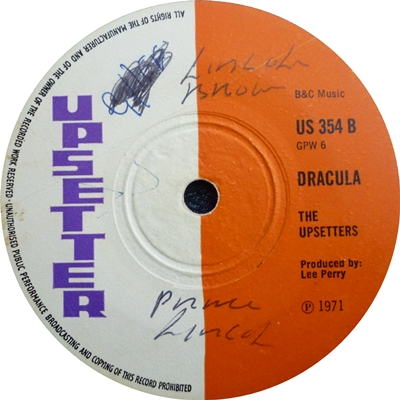 I don’t for a second think that Bob, Bunny and Peter sat around in rehearsal saying, y’know what….what this tune really needs is a funky, alien vibration every now and again. That ever-present deep electronic shimmer that sounds like the ancient central heating pipes in a school I used to teach in was clearly the madcap work of Lee Perry. Half a century later, it’s that sound that’s become the record’s signature.

Removing Marley’s vocals also allowed Perry the opportunity to incorporate the instrumental version into his soundsystem and toast across the top of it should he fancy doing so. Forever forward-thinking.

Eco-aware long before there was such a thing, Lee Perry not only grew his own herbs, he recycled tunes for his own benefit. In a burst of foresighted creativity, and long before many a future hip-hopper or soundscaper was out of short trousers, Perry actually sampled the vibe from another record entirely and enhanced the Wailers’ and, subsequently, his own tune. 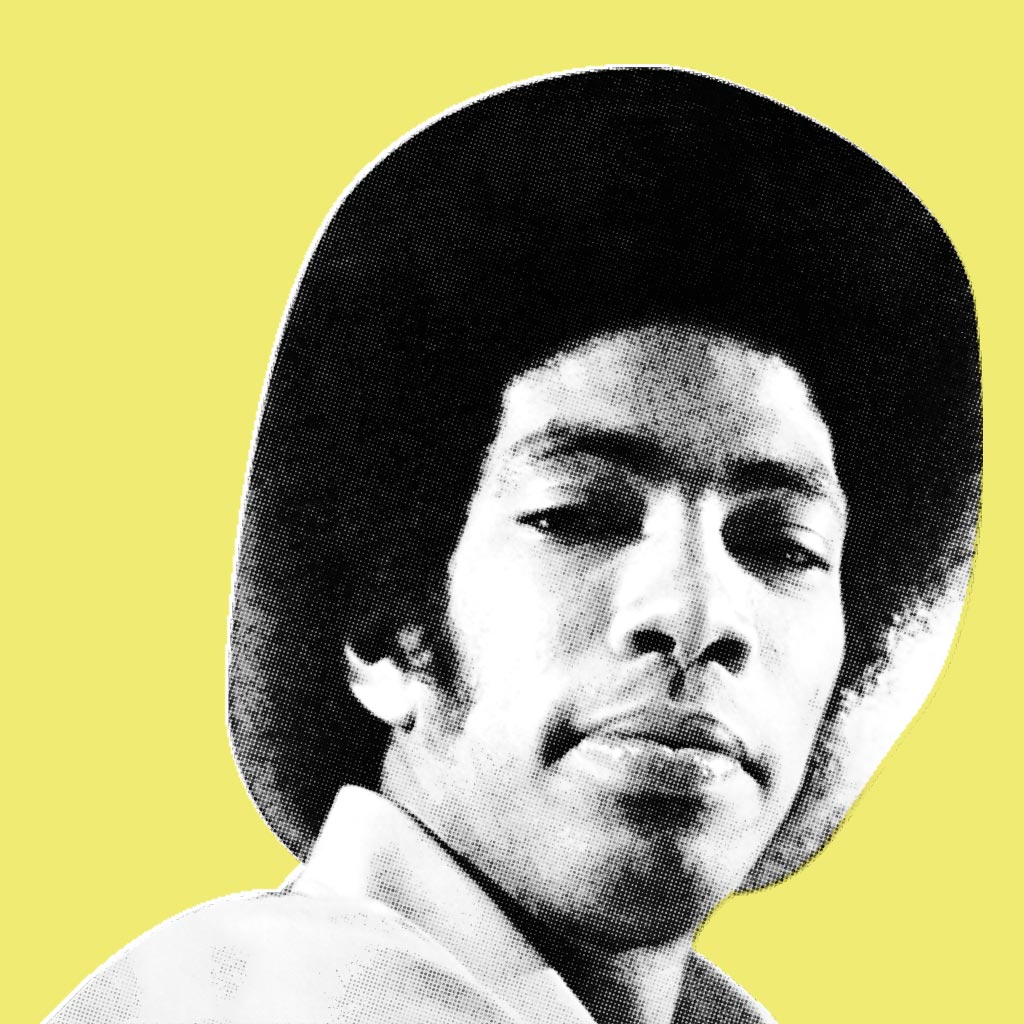 He’s lowered the pitch, from toe-tapping shuffling ska to head-nodding deep-fried reggae, but you can hear exactly where Perry welded the backing track onto the Wailers’ own easy skanking shuffle, enhancing and filling out what is a fairly straightforward run through by a band still finding their musical feet.

The track’s title – Peenie Wallie – intrigues me. Here in Scotland, if someone is unwell, pale faced, or indeed ghost-faced, we refer to them as peelie wallie. Not a million miles away from the Jackie Mittoo title. I’ve often thought the owner of Studio One might’ve been referring to such a person, albeit in slightly interpolated form. Which of course, would bring us back onto the subject of pale-faced make-up and ghouls and ghosts.

Bob and the Wailers went on to record an ‘answer record’ to Mr Brown, the self-explanatory Duppy Conqueror. Proving that there’s great mileage in reggae, it too used a variation of the same backing track as Mr Brown.

Poke your nose in and you’ll discover that reggae is full of wonderful, recycled tunes. You knew that already though.