There’s nary a wasted line on The Pretenders‘ Kid. Lean and low-fat yet packed full of melody and mood, it still sounds out-of-the-box fresh 41 years later. Riding along on a breeze of glistening, chiming, ringing guitars, it’s a heady amalgam of countryish punky jangle and street-sussed Chrissie Hynde sass. Listen as you read, won’t you? 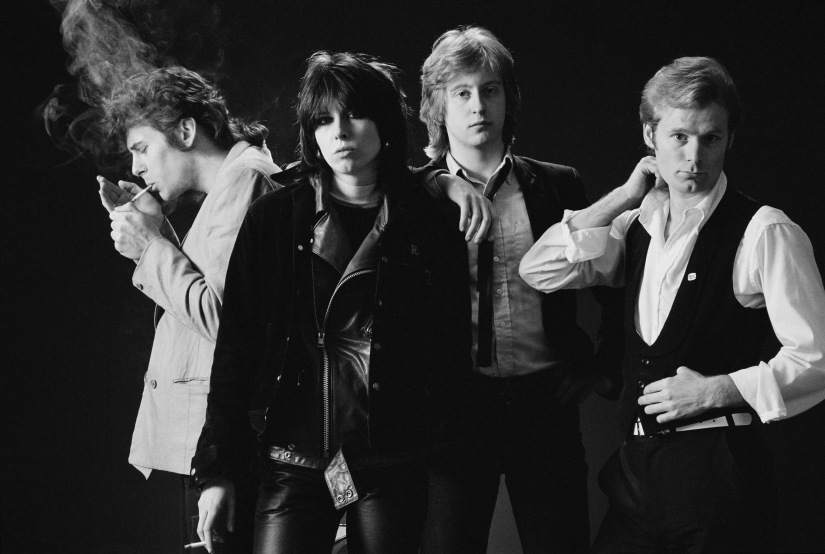 It’s the guitar riff that makes it, of course, James Honeyman-Scott taking his guitar for a twangin’ walk up and down the frets; bending, sliding, hammering on and pulling off one of new wave’s greatest guitar lines.

He takes a back seat during the singing, happy to answer Chrissie’s softly crooned, conversational vocals with lovely thick tremeloed chords between the gaps. First chance he gets though, and he’s back to a reprise of that riff. After the second verse there’s a crashing, tumbling middle eight before the whole band sets him up for the solo. And what a solo!

In just a dozen seconds, Honeyman-Scott fires off the perfect musical interlude. He’s further up the frets now, not too high – certainly not as high as those other uncultured guitar stranglers and string manglers who aim for the 15th fret and leap off from there – and his guitar rattles and rolls with a Mr Sheen-like Byrdsian jangle, all slurry pull-offs and bending 3rd strings, before finishing off on an audacious and perfectly executed pinging harmonic.

With little time to catch breath we’re back into the breakdown where the band drops out save for some thumping toms and accompanying bass. A high in the mix jud-jud-juddering Townshendesque acoustic chord signifies we’re on the run home. The jangle is free-form now, the band loosening their collective collar and undoing the top button of their super-tight jeans, relaxing into the multi-layered silvery mercurial brew they’ve created out of thin air as Chrissie reprises the chorus and Honeyman-Scott plays another sublime variation of the solo.

The engineer or producer or whoever it was who thought it was a good idea to fade him/them out needs their stoopid head examined, they really do. Three minutes of post-punk new wave pop joy undoubtedly deserved to stretch its skinny legs for a good half minute more, even if that meant taking it, like Chrissie’s fringe, to just about beyond the considered optimum length. I doubt anyone would’ve complained.

Flashy without being arrogant, the guitar playing on Kid is something that, given equal measures of practice and patience, any dedicated guitar player could work their way up to replicating. Just ask that other king o’ the six string, Johnny Marr…