Grangemouth is a wee industrial town on the eastern side of Scotland, famous for the oil refinery and its belching chimneys and gas flares that rise strangely beautiful and plentiful into the skies above the Firth of Forth. You might spot its post-apocalyptic Mad Maxian skyline as you look for (and miss) the bypass turn-off that takes you to the Kelpies (just us?)

Even in these times of renewable energy and eco awareness, not to mention more accessible further and higher education, the refinery is still the town’s largest employer. The route for many of Grangemouth’s young people is seemingly mapped out from the day they are born: leave school, start work at the refinery, retire, die. If you do these things in that order, you’ve won at life.

It was against this backdrop that Cocteau Twins were born. With a desire to never set foot inside the refinery, their shared love of The Birthday Party, Kate Bush and Siouxsie Sioux saw them land a record deal with 4AD, find favour with John Peel and subsequently burrow deep into the ears of fans of leftfield music the length and breadth of Peel’s reach. You knew that already though.

Against the occasional industrial clatter of drum machines, it was the basslines (Will Heggie initially, Simon Raymonde not long after); bending, bulging, melodic and Hook-ish that carried the music forward.

This rhythm section gave freedom for Robin Guthrie to splash all manner of dazzling, sparkling guitar sounds across the top; crystalline and glass-shattering one minute, fuzzed-out then gossamer-thin the next. Echoing, chiming, phased and flanged, Guthrie took the sonic bravery of The Banshees’ (etc) John McGeoch and developed a style of his own that would help define the Cocteau Twins’ sound. Vocal-free, the tracks alone are very much music to lose yourself in – other-worldly, pretty and lilting, melancholic yet uplifting – the best sort of music.

The Cocteaus’ secret weapon was, undeinably, vocalist and focal point Elizabeth Fraser. When you add her vocals to the heady mix, the tracks take flight as high and far and wide as her vocal chords. She didn’t so much sing as soar, and she did so without the use of words that you might find easily in the pages of a Collin’s Dictionary. Fraser swirled and swooped largely nonsensical gobbledegook and it sounded fantastic.

Occasionally, recognisable words might jump out at you. That ‘burn this whole madhouse down‘ line on Iceblink Luck, for example, is so memorable precisely because it’s one of the few Cocteaus’ lines sung in plain English. Indeed, much of the song appears to be, unusually for them, in the mother tongue. It takes a fair bit of sonic squinting to work them out, right enough. 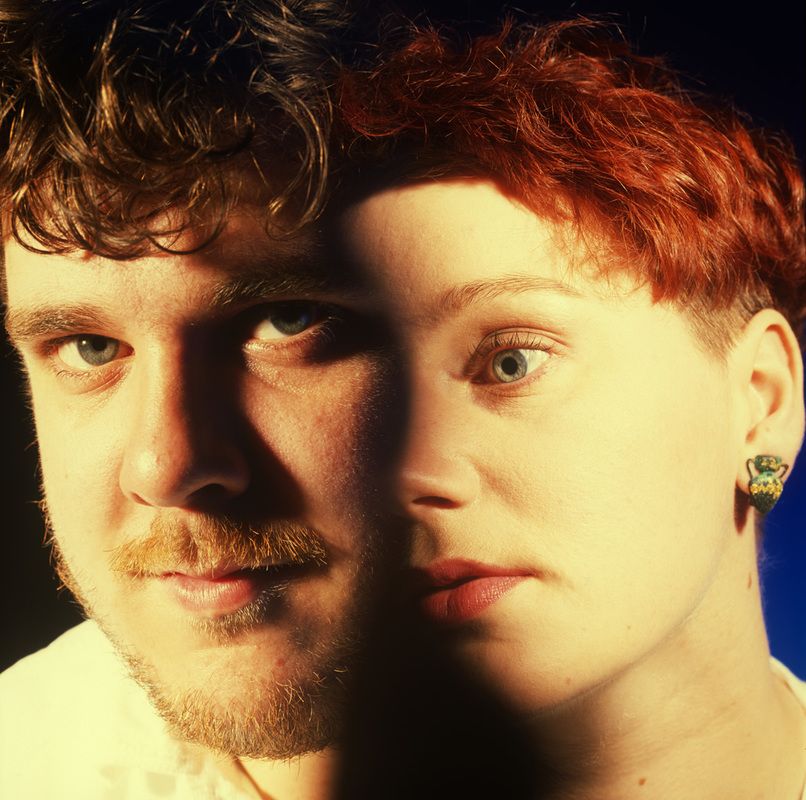 Most of the time, the vocals are heady and hippy, a mythical strangetalk language all of their own. Sung with an unparalleled style and phrasing, it’s Fraser’s vocals that are the true trademark of the Cocteau Twins.

Now and again, Fraser’s vocals will grace other records, Massive Attack’s Teardrop, for example, or more recently Sam Lee’s Old Wow album. When Felt recorded their Ignite The Seven Cannons album with Robin Guthrie in 1985, it was inevitable that the producer would call for his partner to add her celestial quavers at some point. The recording sessions were fraught with ego and anguish – Felt’s Lawrence, a stickler for detail and band aesthetics was encouraged to sign a contract that would forbid him from being present at the mixing.

Guthrie used the opportunity to Cocteau-fy much of the music with sea-deep reverb and an ambient swirl. He also finalised an 11-track album that the ‘Perfect 10’-loving Lawrence couldn’t cope with. “We’d have been better doing an EP with Guthrie instead,” he moaned to Uncut a few years ago. “A standalone 12″ like Joy Divison’s Atmosphere or Wild Swans’ Revolutionary Spirit.”

The lead single from the album proved be one of Felt’s most enduring tracks. Over time it’s become, like the reference points above (and no doubt to Lawrence’s delight), a classic 12″ single of the era. Featuring a freeform Fraser who’d been handed the lyrics minutes beforehand, Primitive Painters is a waltzing, loping, cyclical groove, chiming with 12 string intent and mooching ennui. It’s not a tune that particularly goes anywhere, until Fraser enters on the chorus. From then on in, the whole thing lifts off spectacularly for a good 6 minutes before crashing triumphantly to a long, slow fade-out.

Playing now, it evokes those days when the Chart Show would show you a run-down of the indie top 10, most of the records playing behind a picture of the record sleeve or a promo shot of the band in lieu of an actual video. 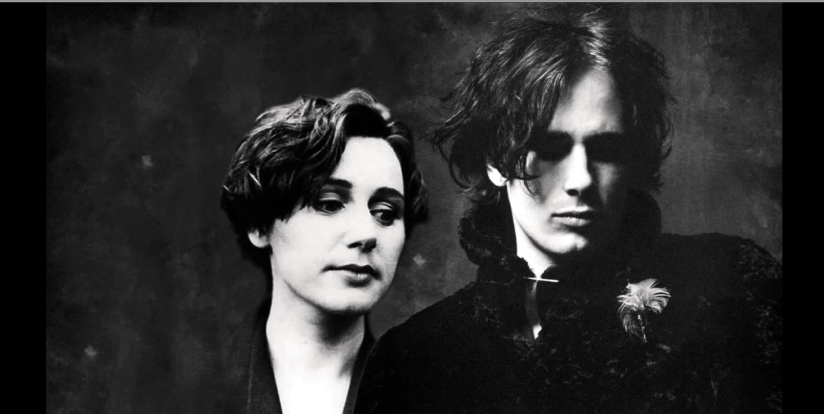 Fast forward a decade and the Cocteau Twins, not quite history, will limp on for one more LP. Fraser and Guthrie have separated and she is now in a relationship with Jeff Buckley, someone else who knows his way around the outer octaves of a vocal chord. Fiercely private people, their relationship proved fairly creative.

It’s a slightly uneasy, voyeuristic listen, this song. Not because it’s difficult to listen to – it’s not – it’s fantastic – but because it’s evidently very personal. A metaphor for their developing relationship maybe, All Flowers In Time Bend Towards The Sun should be listened to through a filter of a conscience. Basically, you’re eavesdropping on a private moment between two people – Fraser’s unselfconscious giggle at the start makes that startlingly clear.

Since the track leaked, she’s said how disappointed she is that it’s out there, unfinished and raw. Yet out there it is, so listen we must. Their duet – a studio off-cut remember – stands up with the best of both artists’ work.

They’d have made beautiful babies, Buckley and Fraser, and this song is the sonic equivalent. Imagine how it might’ve sounded with Buckley’s shining, liquid mercury Telecaster singing across the top of it, Fraser’s vocals double-tracked and harmonising new melodies, a rhythm section with meandering bass, cymbal splashes and restrained bombast. We can only imagine. 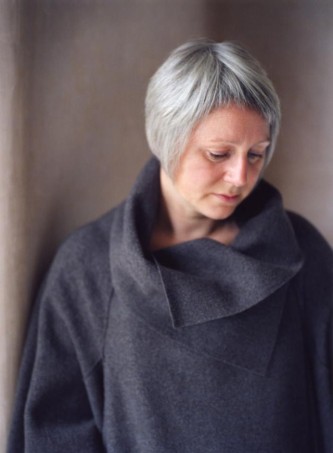