As the 70s confined the 60s to history, Paul McCartney was public enemy number one. Looking for a scapegoat to blame for the break-up of The Beatles, all fingers pointed in his direction. Just 7 days after the band’s lawyers made the rumours official, he released his debut self-titled solo album, stealing the march on The Beatles Let It Be album, still a month away from hitting the shops. 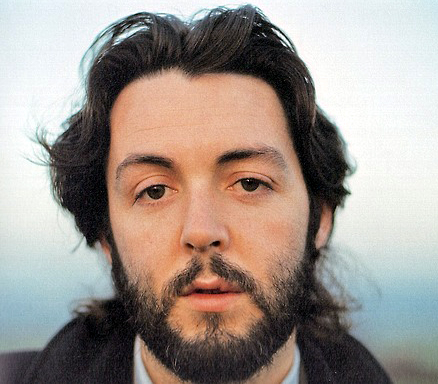 Recorded on the hop between Beatles’ sessions, sometimes booking into Abbey Road under an assumed name, McCartney was written, played and produced entirely by the man himself. Despite the inclusion of Junk and Maybe I’m Amazed (and the autobiographical Every Night) – three bona fide McCartney classics, the critics hated it/him. They blamed him for the Beatles split, they thought him cynical for having an album ready to go so quickly and they poked holes in what they considered half-finished songs and ideas.

Hindsight of course brings fresh ears and perspective to the album. Recorded just half a year on from McCartney’s kitchen sink ‘n all Abbey Road medley, the yin to the solo album’s lo-fi yang, its close-miked and down-home recording offers an honest insight into McCartney’s state of mind at the time. Contentment sits side by side with piano balladry, scrubbed acoustics and interesting instrumentals.

Momma Miss America runs the gamut of McCartney’s talents; groovy keyboard, compressed drums, funky bass played like a lead guitar and a stinging solo straight offa Abbey Road‘s The End. It’s one of the album’s most enjoyable tracks. Remember that Kia Ora advert from years ago – “It’s too orangey for crows…“? They shoulda used this to soundtrack it.

While McCartney isn’t an 18 carat gold 10 out of 10 debut, it’s a great portent of what was just around the corner.

Ram is McCartney’s first great ‘solo’ LP. The only album to be credited as ‘…by Paul and Linda McCartney‘, it came just 13 months after McCartney. Stop and consider McCartney’s output at this time; September ’69 saw the release of Abbey Road. April ’70 saw his debut released, just a few weeks before The Beatles’ Let It Be album, and in May ’71, Ram made itself known. That’s an astonishing run of releases. Most musicians would happily retire on the strength of those records in such a short space of time.

Ram was recorded in New York featuring session musicians including future Wings stickman Denny Seiwell. A direct answer to the critics’ accusations of McCartney‘s lo-fi, low budget, low quality material, McCartney went all-out for an album that could match anything he’d done in The Beatles. Recording began in October 1970 (just six months on from that debut release, remember, and bang in the middle of a court case surrounding the dissolution of The Beatles) with McCartney very much in control (and in love). When he’s not singing of married life – Eat At Home and The Back Sea Of My Car painted a picture of domestic bliss – he’s airing his dirty laundry in public. Too Many People was a thinly-veiled dig at John and Yoko and collectively, the remaining Threetles considered 3 Legs very much an attack on them. Again, the critics hated it. Lennon too. They thought it smug, inconsequential and irrelevant. Given the backdrop of music at the time – The Stones’ Sticky Fingers, Who’s Next, Led Zeppelin IV, Sabbath’s Master Of Reality – you could say that McCartney was well out of step with the fads and fashions of the era. Which, of course, makes Ram all the more incredible.

I’ve been somewhat obsessed the past week or so with Heart Of The Country. Leading off side 2, it’s a simple countryish strumalong, a rootsy and rustic distant cousin of Mother Nature’s Son, played by McCartney on a down-tuned guitar, loose and light and airy. Reflecting domestic life on High Park Farm on the Mull Of Kintyre, I want a horse, got a sheep, he sings, wanna get me a good night’s sleep….looking for a home in the heart of the country, it’s easy to see why McCartney could easily get up the noses of critics and ex Beatles. The accompanying video only hammered the point home.

The best bit about the song, of course, is when McCartney breaks into that free-form scat section. Pitched somewhere between his own Rocky Raccoon and Stevie Wonder’s future Sir Duke (I wonder if sly ol’ Stevie was taking notes?) it’s further proof that McCartney did not give two hoots what anyone thought of him. On first listen it sounds throwaway, nonsensical and off-the-hoof, but listen back…the scat mirrors exactly what he’s doing on the fretboard…..and what he’s playing is hard to master. My fingers have tied themselves in knots this week attempting its ridiculous rapid-fire jazz.

No sooner had McCartney released Ram than he was back in the studio. By the end of the year, just 7 months later, the first Wings album would be released. That album, an underplayed and undervalued minor classic, deserves a whole post of its own sometime soon… 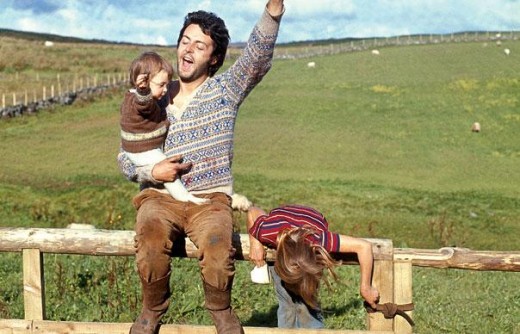