Did he really sack a sound engineer for ordering a salad? Did he really read out the football results live on the telly? Did he really leave a hapless member of the band in the middle of Sweden? Or, on the way to spending an unplanned night in the cells, have a full-on fisticuffs punch-up on stage in New York with one of his more loyal and long-standing Fall members? 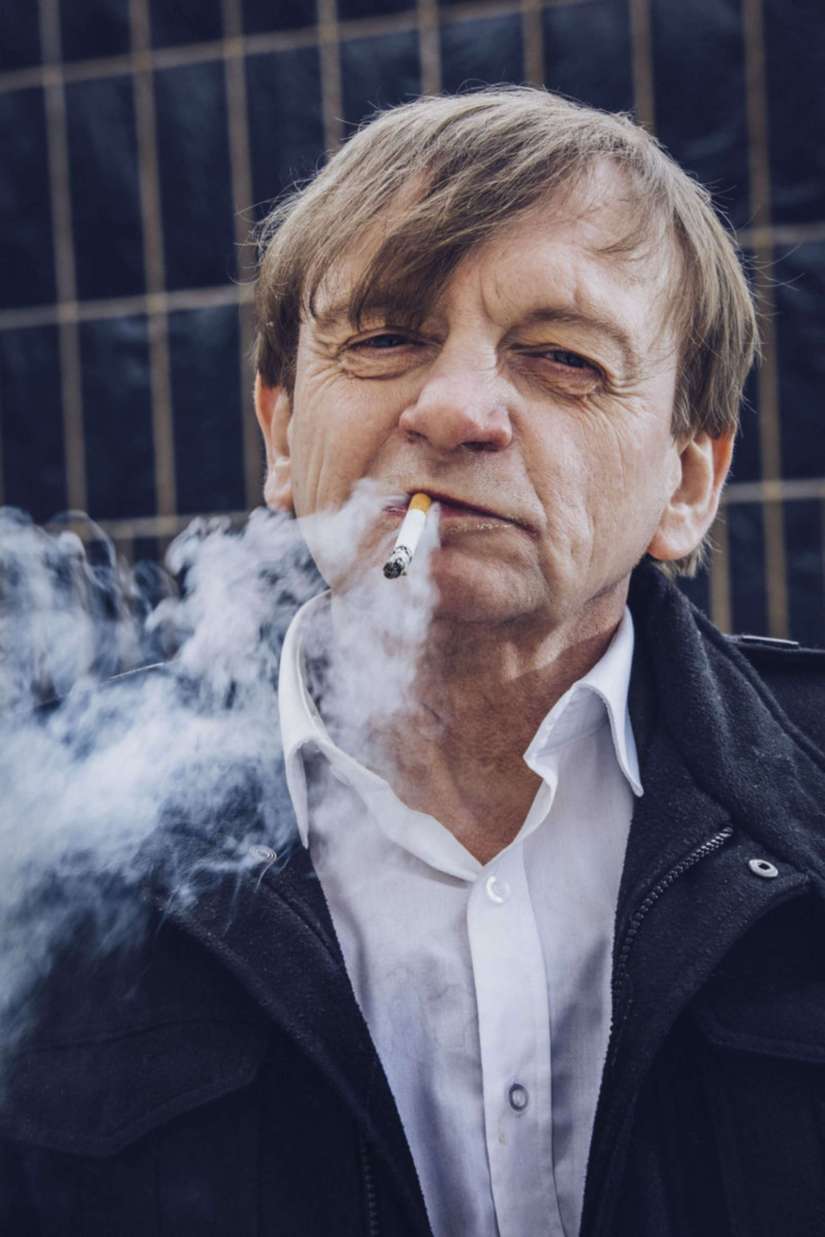 Yes. Yes he did. He was Mark E Smith. One of our greatest cult figures. It was his business to be as caustic and obtuse as possible, the abrasive scraping fingers down the chalkboard of contemporary music. His was real working man music, approached in the same way you or I might approach our own 40 hours a week job. It wasn’t for everyone though. He couldn’t stand poseurs or pretence, cared not a jot about chart positions. He changed the players in his group as regularly as the England team manager freshening up his options in attack.

I never met Mark E Smith. I never even saw The Fall live. I know….I know…. Every time I’ve ever driven over the border from England back into Scotland, though, just as we’ve passed the blue ‘Welcome To Scotland’ sign, I’ve broken into a spontaneous 5 second burst of The Fall’s Hit The North. Der-Der-Der-Der-Der-Der-Duh-Der HIT THE NORTH!! No one else in the car has any idea of what’s happening, but it’s over as quickly as it started. In the words of the man himself, he is not appreciated, in my car at least.

The Fall played in my hometown a few years ago, supported by no less than John Cooper Clarke. Did I go? Did I heck. I think it was around the time our eldest was born, so I’ve a reasonable excuse, but it’s no excuse really. I’ve form for this sort of thing, as you might know if you’re a regular on here, but missing The Fall when they roll quite unexpectedly into your hometown, even with little in the way of fanfare or basic promotion? It’s just not the done thing to do. And I done went and did it.

Over the next few days, many better words by better and more qualified writers will be written about Mark E Smith and the uniqueness of The Fall. I’m not going to try. Here’s a true story instead.

No, I’ve never met him. No, I’ve never been in the same room as him. But I’ve spoken to him. Or, to be exact, he’s spoken to me. Around 1990 we had a rehearsal room in Kilmarnock’s Shabby Road, home to the Trashcan Sinatras – The Next Big Thing – and a ragbag collection of sundry acts who thought they were already the next big thing. I class my own band in this category, of course. The Trashcans were on Go! Discs, so all manner of folk would be around the place. Half Man Half Biscuit came and recorded some stuff and played football on the waste bit of ground/(cough) ‘garden’ at the side. The Stairs borrowed a guitar string from me. Chas Smash was ‘avin’ a fag and a cuppa tea in the kitchen one time. And John Leckie, fresh from sprinkling his magic atop the Stone Roses’ debut, was in for a few days to work on some songs with the Trashcans. They’d end up on their 3rd single, Circling The Circumference, which itself was enhanced by one of Leckie’s trademark Stone Roses’ whooshes midway through. You should seek it out if you’re unfamiliar with it.

At one point, Leckie left his notebook/Filofax unattended, and this is where the real fun began.

I took a Shabby Road business card from a table and quickly copied out some telephone numbers; Steve Mack (‘Petrols‘), Phil Saxe, Happy Mondays’ contact at the time, Steve Lillywhite, Lee Mavers and at the bottom, the Hip Priest himself, Mark Smith (‘Prestwich‘). It was funny, because we were sitting just up the road from Prestwick. We’d never heard of Prestwich until then. Anyway, fast forward a couple of hours…. 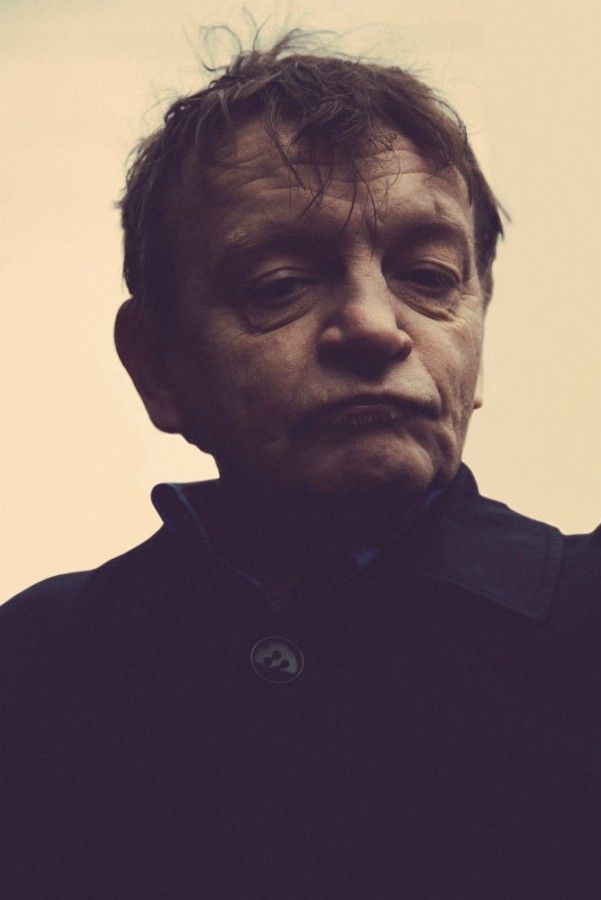 ….back in home territory, The Crown, and fuelled by Dutch courage, we fired a few pieces of loose change into the public phone at the end of the bar and picked a number. Lee Mavers was first. We dialled. It rang. “‘Allo?” a voice answered. Unmistakably Scouse. Shit! I passed the phone to Rab. Pause. Five of us stifling sniggers, daring not to breathe. There’s a muffled voice on the other side. “Aye,” says Rab. “Aye. Is Lee in?” Pause. Shit! Rab hangs up. Cue lots of nervous laughing and “I can’t believe we did that!” mutterings.

Buoyed by youthful bravado, I gulped the dregs of my pint and dialled Mark Smith. Three rings at most and then it was answered. On the other end of the phone was the unmistakable voice of Mark E Smith. Not Mark Smith of Prestwich, contact in someone’s phone book, but Mark E Smith, the pop star who was soundtracking my life presently with the Extricate album and the Telephone Thing single. “Yeah?” he drawled, totally Mark. Pause. “Yeah?” Louder this time. “Who’s this?” I panicked. I hung up. Of course. I Iike to think he looked at the silent receiver, irritated, before dropping it into the cradle and muttering how dare you assume I want to parlez-vous with you. He definitely didn’t though.

In hindsight, I wish I’d told him how fantastic these two tracks are, but then, he knew that already. 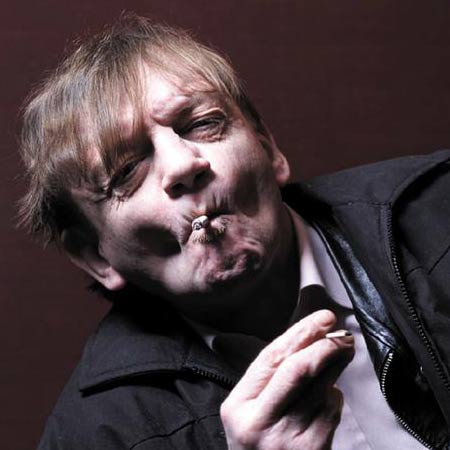 If you’ve yet to acquaint yourself with his work, it’s never too late. But much like the musicians on those Fall records, it’s not for everyone.