Hailing from Caithness, near John O’ Groats at the very top of Scotland, the furthest outreach on the British Isles, Neon Waltz are as far-removed from any ‘scene’ as possible. The six-piece are an insular unit; self-sufficient, self-reliant and self-absorbed.

The music they make is, if you’re of a certain age, nothing you haven’t heard before, but no less thrilling. In songs such as Dreamers and Heavy Heartless they have that unique way of creating an uplifting melancholy; world-weary vocals carried along by chiming, fizzing guitars and a heavy swell of Hammond organ. You might find comparisons with The Coral, The Charlatans or Teardrop Explodes, bands who know how to brew a heady swirl of guitar and organ that’ll lift you to giddy new heights. Lazy folk might label them ‘indie’. I prefer to call them slightlydelic. 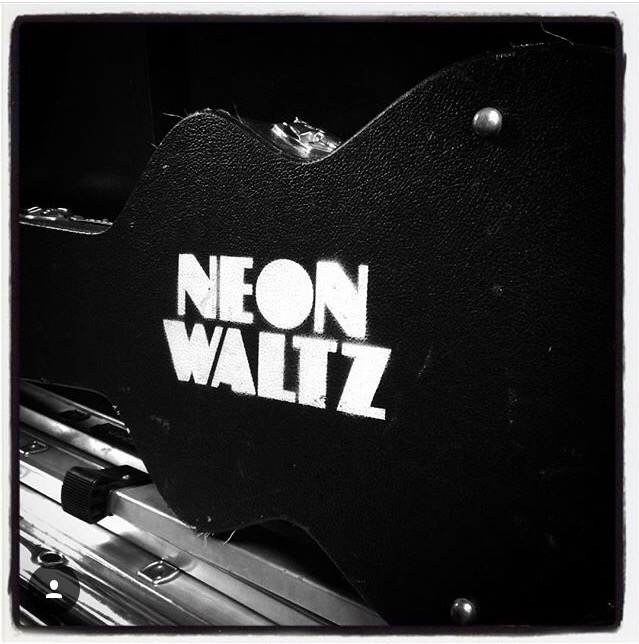 As befits a band that is so far off the taste radar of hip opinion as to be almost non-existent, they have the freedom to come and go as they please. Regular zig-zagging across the highways and biways of the UK combined with a hermit-like lifestyle in their rehearsal space in an abandoned croft – Music From Big McPink, if y’like, has helped the band forge a sound that led them to Atlantic Records and a deal with Ignition. And a month from now, two years since first being signed, their debut album will be released. It won’t come with much of a fanfare or blustery media hype, but it will come with the guarantee of a melody-rich debut, a record that may well prove to be the year zero for future bands. You can quote me on that when the time comes.

A recent photo session on the Isle of Stroma, halfway between the very north of Scotland and the southerly tip of the Orkneys proved fruitful. Shooting the photos that will presumably appear on all promotional material for the imminent album release, the band chanced upon the long-since abandoned school house. Amazed to find it was accessible, they entered and found an old harmonium, lying dusty, untouched and exactly as it had been left when last used. More amazingly, keyboard player Liam Whittles was able to extract noise from it; eerie, ghost-like and gossamer thin, the old harmonium wheezed into life. A spontaneous version of  Penguin Cafe Orchestra’s ‘Music For A Found Harmonium’ was followed by this beautiful reworking of their own Heavy Heartless. It’s magic; understated, creaky and exactly how a harmonium-enhanced band should sound.

Neon Waltz go on tour shortly. Their debut album, ‘Strange Hymns‘ is out at the end of July on Ignition Records. It  can be ordered direct from the band here and in all the usual places. 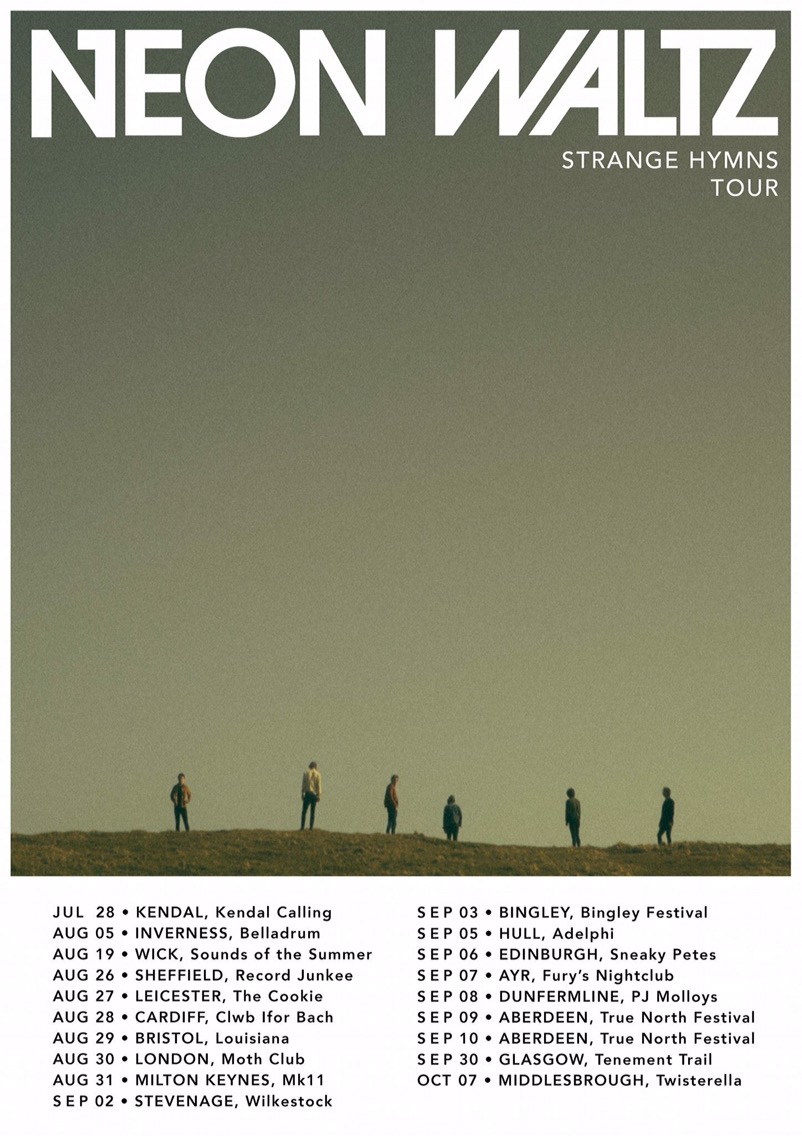