I’ve lived with The Beatles‘ Abbey Road for nigh on 30 years. I first heard it as a boggle-eyed (or should that be eared?) teenager via Irvine Library’s record lending service during my ‘sponge years’ when I soaked up everything and anything I thought I might like. Deep Purple? Nah. Cat Stevens? Nah. Pink Floyd? Some of it, not all of it. Status Quo? Aye! Too right! (The early ‘Quo, mind.)

Abbey Road was a whole different level of great though. It wasn’t the first Beatles album I’d heard. Or maybe it was. My dad had a compilation on cassette that played on regular rotation on the kitchen’s cassette player – it might’ve been the ‘Red’ one or the ‘Blue’ one, although I suspect it was probably a made up selection of songs someone had taped for him. Abbey Road, with it’s lack of ‘yeah yeah yeahs’ and guitar solos as long as the Fab Four’s hair seemed almost anti-pop, a grown-up album by grown-up musicians. I loved it. 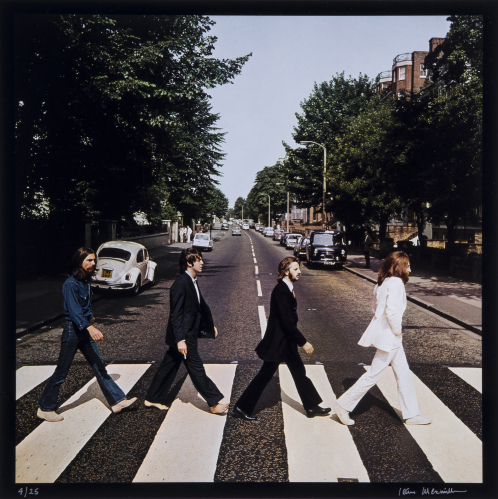 The whole album didn’t quite fit onto the one side of a D90, but I taped it as far as it would go before the tape ran out. The other side of the tape probably had ‘No Parlez‘ by Paul Young or something equally horrible on it, so frustratingly, sacrilegiously, my version of the album always ran out just as Ringo’s drum solo in ‘The End‘ was reaching fever pitch.

It was only a few years later when I got the CD that I realised there was a hidden track of sorts at the very end. No doubt I’d have heard Her Majesty on the first listen of the knackered library copy I borrowed, but its misplaced positioning evaded my ears until I began buying CDs a few years later.

My CD copy of Abbey Road is as well-worn as a shiny plastic thing can get. These days you can count your plays on iTunes. Had this been the case years ago, I’d be well into triple figures with Abbey Road. I know it inside out and back to front. Or, at least, I thought I did. 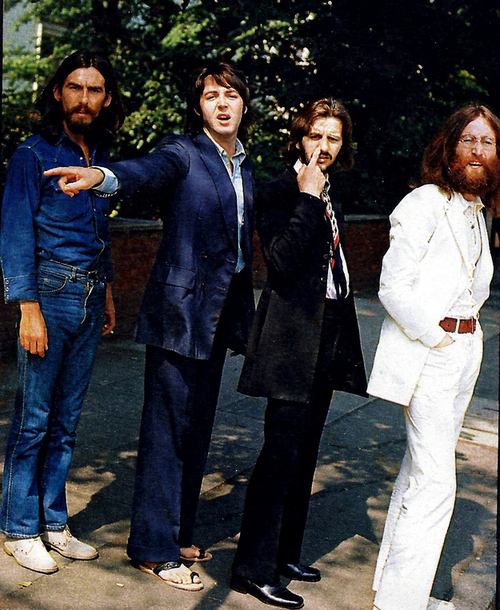 Over Christmas I got my old turntable working again. I’ve always had a turntable, but in the year 1997 BC (Before Children, when I was relatively flush with cash) I upgraded to a decent separates system and I stupidly neglected to upgrade the turntable. It was all about CDs by then, y’see. When the well-worn Pioneer finally gave up the ghost, I was turntable-less for the next 15 and a half years.

I liberated the Dual deck from the stock room of the Our Price I worked in on the day I left. Long-since retired, it was an unloved relic of a bygone era, an era when Our Price sold only records, and gimmicky fashion statements such as Tamagochis and mobile phones had yet to be thought of. It was built like a tank though, designed to play records non-stop from 9-5.30, 6 days a week, with 4 extra hours every Sunday. A visit to the loft to retrieve it, followed by a couple of visits to YouTube (for instructions) and eBay (for a belt and stylus) and then followed by a bit of ham-fisted tinkering around with a can of electrical contact cleaner had it working like it was 1991 again. And music has never sounded better.

I recently got around to getting Abbey Road on vinyl. Not an original, it’s one of the remastered stereo versions from a few years ago. It sounds amazing! Bass and drums especially. They’re warm, dynamic and in-the-room there. I’m no audiophile, but from what I can tell, this version of the LP is brilliant. I’m all for listening to music on whatever format is available, be that hissy FM radio or hassle-free mp3, but for all its snap, crackle and pop, I love vinyl. There are few frills with Abbey Road. There’s no gatefold sleeve or fold-out lyric sheet. But the music is all you need. That second side, the medley, sounds incredible. It’s let me hear an album I thought I knew really well in a brand new, beautiful light. I must investiagte this new-fangled vinyl thing further… 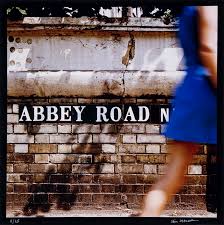 Here’s Chuck Berry with You Can’t Catch Me. Lennon borrowed half a line for Come Together and found himself on the wrong end of a law suit a year or so later. But you knew that already.

Chuck Berry – You Can’t Catch Me

The Beatles – Come Together 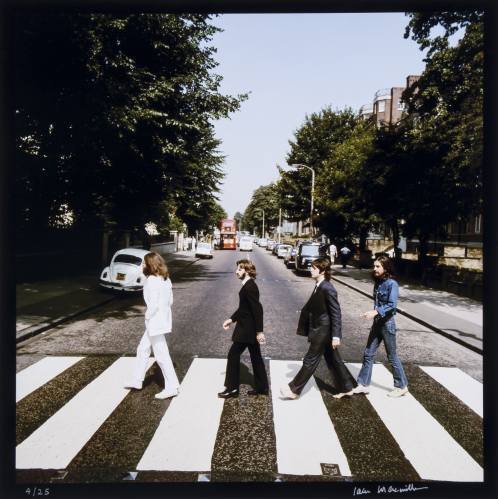 2 thoughts on “Groovin’ Up Slowly”