Not everything goes better with (a) coke. “I swiched from coke to pep and I’m a connoisseur,” drawls Sly Stone on In Time, the opening track on Fresh.

It‘s a terrfic track from a terrific album. A one-chord groove, darkly claustrophobic with pitter-pattering proto drum machines fighting for space with highly-regarded sessioneer Andy Newark’s loose-limbed paradiddles and shuffle, it features the Family Stone in full-on funk effect; horns blasting between the lines, brother Freddie riffing out a nagging counter melody amongst the electric keys and triple-part harmony backing vocals, while Rusty Allen’s bass is a-poppin’ throughout. Miles Davis loved the discipline and groove of the track so much he’d make his band listen to it over and over again to get them in the zone before performing. “Sslaaa iz whey iz at,” he’d tell anyone listening at the time.

Sly & The Family Stone – In Time 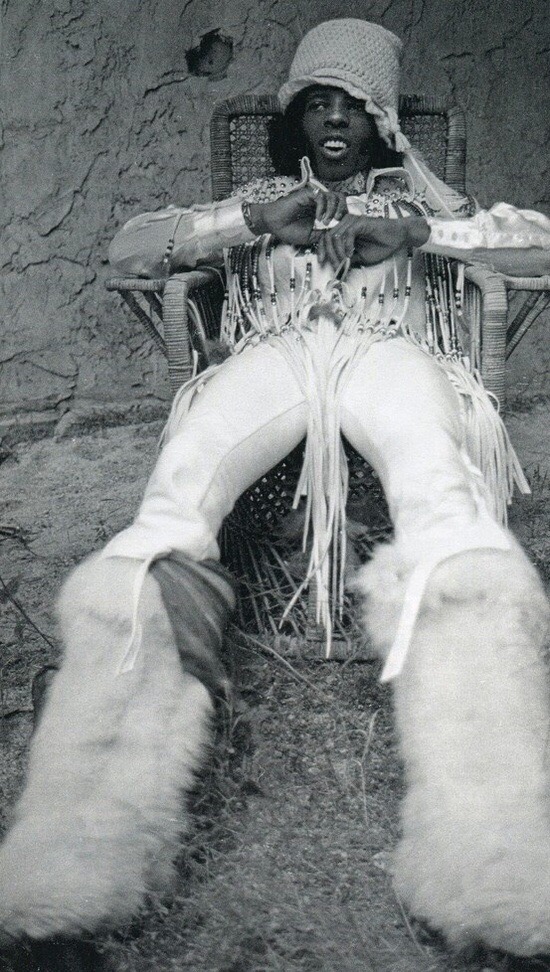 Carrying on where he left off with the previous year’s There’s A Riot Goin’ On, Fresh gets its slightly murky sound from Sly’s over-recorded master tapes. Sly by name and sly by nature, he would regularly invite young ladies back to his studio and promise them a slot on the up-coming album in exchange for some good ol’-fashioned lovin’. Once gone, their vocals would be erased from the tape to make space for the next eager hopeful. A shameful practice, you’ll agree, but one that adds to the legend of Sly.

Fresh features no high octane danceable r’n’b. Although one or two of the tracks fared well on 7″, there are no instant hits on it. It’s best listened to in a darkened room, late at night, with your choice of libation close at hand. It’s a creeping, crawling, fevered itch of a record and without a doubt my favourite in Sly’s ouvre.

Here’s If You Want Me To Stay, the 2nd track in on Fresh, ruined spectacularly 20 years later by those soul-free fornicators of funk, Red Hot Chili Peppers. Don’t ruin it by seeking their version out. The original is whey iz at. But you knew that already.

Sly & The Family Stone – If You Want Me To Stay