Question: What is this record? Is it groovy jazz funk, a long-forgotten off-cut from a Blaxploitation soundtrack that never was? Is it late 60s wig-out psychedelic rock/pop, a remnant of the days when guitar solos were almost as expansive as the lead singer’s flares? Is it fuzz guitar-led, musique concrète strangeness that coulda come straight outta 1972 West Germany?

Answer: It’s all of the above!

The record in question is You Never Come Closer by Doris, from her Did You Give the World Some Love Today Baby album, released with no fanfare to total indifference in 1970. 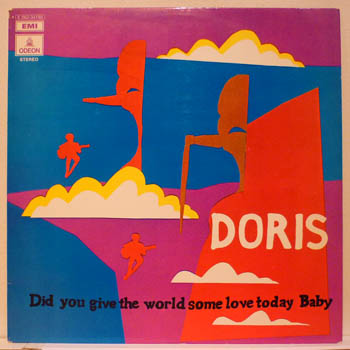 Doris Svensson was an insignificant Swedish pop singer in the 60s. Along the way she teamed up with respected Scandinavian big band composer Berndt Egerbladh and, from Aberdeen, a Scottish cellist/jazz guitarist/lyricist called Francis Cowan who’d found himself playing on cruise ships where he met his Swedish wife.

This mis-matched trio of musicians put together Did You Give the World Some Love Today Baby, an eclectic soup of funk, rock, jazz and cutting edge electronica. It’s a staggering listen, uncomfortable in places, yet totally pop. Forward thinking retro-revivalists such as Portishead, St Etienne and Massive Attack likely own original first pressings – some of the tunes are a sampler’s delight, packed full of weird strings, breakbeats and fruggable fuzz bass. You can buy reissued CDs of the album from all the usual places. It’s definitely worth further investigation. 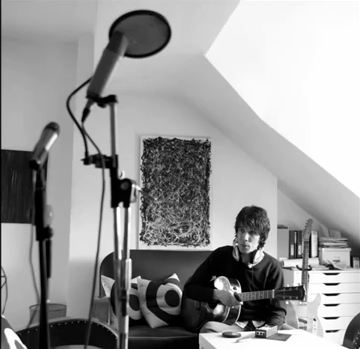 You Never Come Closer reminds me an awful lot of the long-forgotten post-millennium tracks produced for Candie Payne by Edgar Jones and Simon Dine. Edgar has his fingers in many a musical pie; from the r ‘n b stomp of The Stairs via the be bop-isms of his Soothing Music For Cool Cats album, to playing on stage with Lee Mavers and Johnny Marr – a real non-stop, hard-working musician.

Simon Dine, in his guise as Noonday Underground has taken the weirdest, wonkiest bits of 60s pop music and sampled and looped them into something terrific. His production is all over the last 3 Paul Weller LPs – those electronic rushes and synthesised strings are all his doing. You knew that already though, aye?

Candie Payne – I Wish I Could Have Loved You More

Candie Payne – All I Need To Hear

Anyway, my guess is that both Edgar Jones and Simon Dine also have first pressings of Did You Give the World Some Love Today Baby. The feel of that album more than permeates the work they did with Candie Payne. Nothing wrong with that, of course.