10538 Overture was the debut single by the Electric Light Orchestra. It was written by Jeff Lynne and produced by Roy Wood when he was still in The Move, pretentiously given the ‘Overture‘ title and prompted the split of the band. Released in 1972, it was the love child of I Am The Walrus and The Who’s more bombastic moments; a Heinz 57 variety pack of swooshing synths, see-sawing cellos, minor key breakdowns, ELO’s trademark multi-tracked vocals….and a terrifically cod-psychedelic, eastern-tinged descending guitar riff.

10538 Overture would eventually appear on ELO’s self -titled debut LP, with it’s big, ambitious sound a portent of things to come. In America, the same album was released as ‘No Answer‘, after the man from the US record company phoned the band to get the name of the LP. No one picked up, the under-assistant west coast promo man wrote ‘no answer‘ on his paper, left his desk, and someone picked up his note and ran off to the printers where the sleeve was being assembled. True story, that.

Perhaps drawn in by the backwards Beatlish bits and the windmilling Townshend chords and Moonisms on the drums as 10538 Overture drags itself to a bloated end, Paul Weller‘s magpie-like antennae pricked up. “That descending guitar riff,” he thought. “I’m having that.”…..

A shame-faced Paul hides his head

Welding it on to a mid-life crisis of a lyric, Weller gave birth to The Changingman, lead single from the epoch-defining Stanley Road LP. Named after a picture his son had drawn – “Who’s that?” “It’s the changingman, daddy,” the single reached number 7 in the charts, at the time a career best for the solo Paul.

This is where it gets a wee bit muddled. On the LP, the track is credited solely to Weller, but if you consult that last bastion of credibility Wikipedia, you’ll see that Weller shares the writing credits with 3 others – Brendan Lynch, his producer of choice at the time who added the ambient textures and wonky noises (his remixes from this time are terrific) that lift the track above bog standard r’nb fare, a certain R. Wood who we now know all about, and, most interestingly of all, forgotten cult hero and Syd Barrett for the Brit-Pop genearation, Lee Mavers.

Quite what Mavers’ involvement in the writing of the song was is unclear (if any), although around that time he was in a bit of a sorry state through drugs. It’s been suggested that Paul Weller took one of Lee’s unreleased tunes and built Changingman on top of it. Some of the lyrics (‘the more I see the more I know, the more I know the less I understand‘) are kinda La’s-ish as well. Weller, on Go! Discs, as was Mavers at the time (or was he still, in 1995?), also had Lee open a few shows for him. Maybe he was just trying to help him out, a support slot here, a writing credit there,  but as you’ll know already, Mavers is pretty comfortably well-off thanks to the regular royalties he receives for There She Goes (between £5000-£10000 a month, depending on where you read). Maybe Bo Diddley nut Lee contributed the percussive backbeat that gives the track it’s mid 60s swagger towards the end. Who knows? I need to investigate further…

The Changingman Radio1 Evening Session 8th May, 1995 (Exactly one week before the album release); 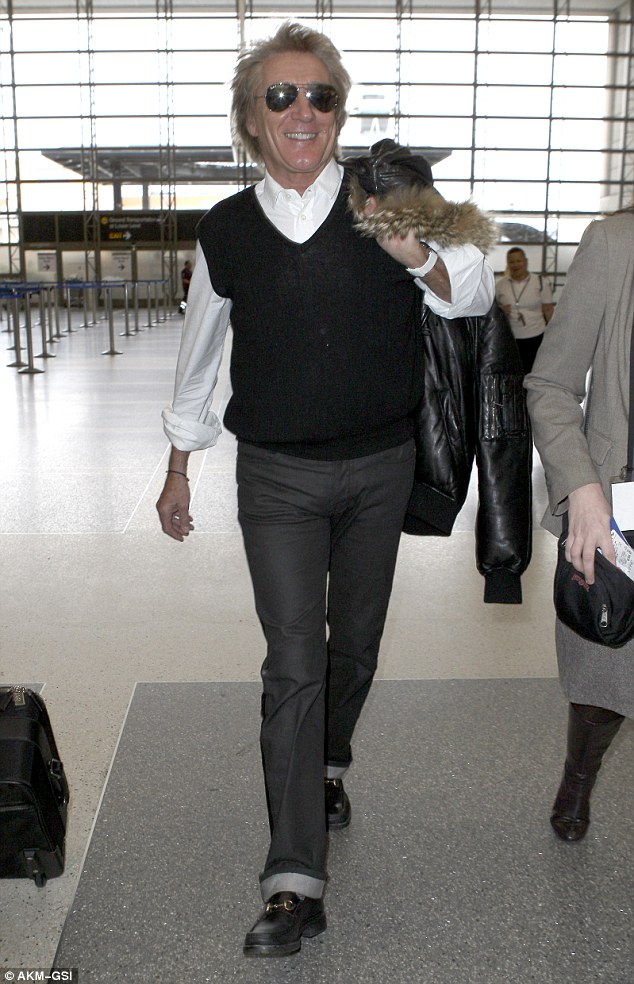 Around the same time as Weller was releasing Stanley Road, an ill-advised Rod Stewart was assembling a catalogue of contemporary tracks of the day that would make up a covers LP. When I first heard about this album, I immediately thought of it as similar in spirit to Bowie’s Pin Ups LP. Primal Scream’s Rocks. Cigarettes And Alcohol. Skunk Anansie’s Weak. All would be filtered through the Rod voice and into the Mondeos and family saloons of 40-something Britain. There was even space for a (terrific) track by Scottish underachievers Superstar that would make writer Joe McAlinden very wealthy.  At the sessions, Rod tackled The Changingman with all the gusto of a prime time Faces, although the finished version comes across as a highly polished piece of session musician rawk and nothing like the raggedy arsed Faces it could’ve been. Consequently, it never made the final cut.

Never has a singer betrayed his talent quite like Rod.

But that’s for another day.