Here’s a thing. Actually, you might be aware of this already, so if that’s the case bear with me. If not, prepare yourself for some startling music trivia.

I was listening to one of Dylan‘s Bootleg Series CDs while doing stuff around the house. It was the ’64 Philharmonic Hall one, where Joan Baez ruins everything by guesting on 4 or 5 tracks. Normally I tend to skip her. I cannae stand her voice or the way she calls him “Bobby Dylan” or the way she ruins a great song like ‘Mama You Been On My Mind’ with her high pitched harmonies, poor phrasing and wrong words.

And by all accounts, most of the time, Bobby couldn’t either. 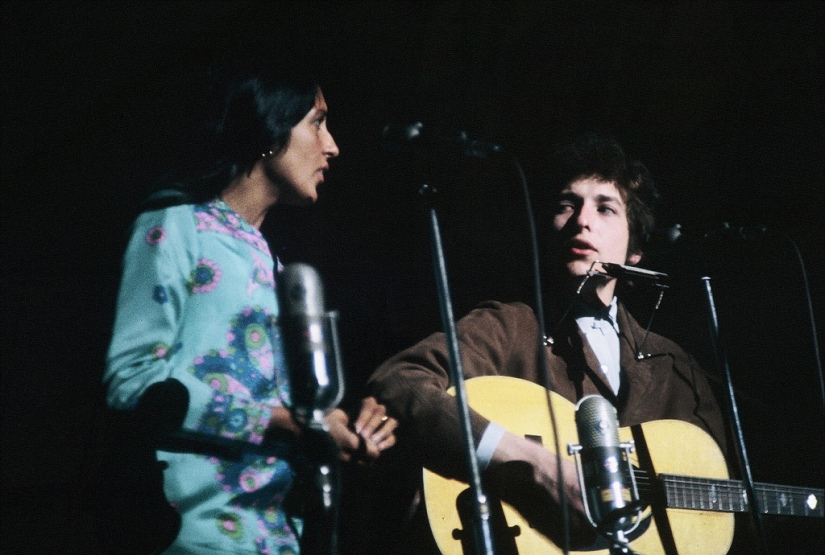 Because I was pottering roon the hoose yesterday, she managed to get past my Baez Detector and suddenly came bursting into earshot. And this is what I noticed….

She sang a version of old folk traditional Silver Dagger. No vocals by Dylan, though he plays along with some rudimentary, scrubbed acoustic guitar and wheezy harmonica. Other than that it’s Joan Alone and it stinks. But the melody was familiar. Very familiar. And then it dawned on me.

Saint Etienne have nicked it, note for note for their ‘own’ no. 47 in ’94 smash hit Like A Motorway.

A quick bit of googling proved me correct. The motorik thunk of Like a Motorway is indeed based on the melody of ancient 19th Century traditional song Silver Dagger. Not only that, but on parent album Tiger Bay, Saint Etienne seemingly based many of the songs around old folk melodies, beating forward-thinking modernist laptop folkies such as Tunng and Psapp by a good few years. I suppose that explains Tiger Bay‘s olde worlde ‘Welcome Bonny Boat’-inspired cover. But whodathunkit, eh?

Silver Dagger is currently doing the rounds in the form of a version by White Antelope. White Antelope is the side project of Fleet Fox Robin Pecknold. But you knew that already. His version is dynamite. One man, his delicately skipping guitar and a perfectly in tune reverb-soaked vocal.

Unlike Moany Joany, this boy can really sing. If you’re desperate to hear a Baez version you’ll have to look elsewhere I’m afraid. I’m not sullying this fine site with rubbish like that. 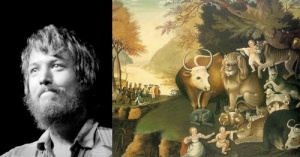 12 thoughts on “Tunng In Cheek”