This is a first for me. Anytime I’ve reviewed an album here it’s been retrospectively. Invariably, the album I’ve reviewed has been one I like – one packed full of tunes that have soaked their way under my skin and into my heart and became embedded in the human iPod that is my brain. I don’t need to listen to Abbey Road again in order to tell you how good it is. I could write you a thousand words on the beauty of Bandwagonesque without reaching for its cheapo dayglo sleeve. I could (and quite often do) wax lyrical about Elliott Smith’s XO album. But today is a first. What follows (for what it’s worth) is a review of the new Paul Weller LP Wake Up The Nation. Heard for the first time this week and yet to worm its way into my head like those above, I know it’ll get there and still be there in 2, 5, 10 years time. Wake Up The Nation really is that good. It pisses all over joyless rubbish like As Is Now or Heliocentric or Illumination. While those albums undoubtedly have their brief flashes of goodness, the new album is jam packed full of them. No pun intended. 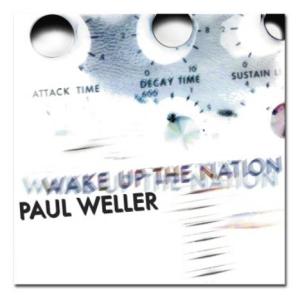 Tell me more, tell me more, like does he play guitar? Aye, does he! Like a 16 year old me discovering the joys of a crappy distortion pedal, PW is playing some of the best guitar of his life. His guitar sounds amazing – clanging, ringing, waking up the nation indeed. And Weller’s an artist don’t you know. Not content with just making exciting sounding records again, he’s been pretentiously banging on in interviews recently about searching for a “tough, urban, metallic sound“. Hmm. Thin Wild Mercury Sound anyone? Producer and co-writer Simon Dine has helped him achieve this.

Best track by a country mile has to be No Tears To Cry, a pop soul nugget that it’s writer freely admits is a nod to Scott Walker and all those mid 60s sweeping Spectoresque symphonies. Right now it’s up there with Hung Up as my all-time favourite Paul Weller song. In fact, it deserves to have it’s own special one-off release on the famous old blue Philips label. If only Dusty Springfield was still around to record a version of it… 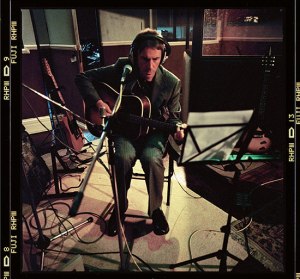 Elsewhere, short, sharp twisted blasts of strangled rock music fly in and out. Tracks are kept refreshingly short. Abrupt endings. All too soon fade outs. The whole album is less than 40 minutes long. The way albums should be. Indeed, the longest track, Trees, is practically a 4 minute 19 epic by comparison. PW probably really rates this track, although it can’t make up its mind if it’s pastoral whimsy, slash ‘n burn Who mod pop or Thames Delta blues. It’s actually a bit of everything. If you could condense last album 22 Dreams into a can of Heinz 57 varieties odd-Mod flavoured soup it would sound a bit like this. Of the shorter tracks, Andromeda (also available as a Richard Hawley remix) and 7 & 3 Is The Strikers Name (brilliant and bizarro collaboration with decidedly non-mod noise maker Kevin Shields) stand out as early favourites.

Find The Torch/Burn The Plans is notable for a couple of things – 1. the vocals are so fackin’ cockernee it should be dressed as a Pearly Queen and have Ray Winstone munching on jellied eels in the background a la McCartney on Vegetables (Google it if you’re none the wiser). And 2 – On this track Wee Fanny Cradock from Ocean Colour Scene removes his tongue from the Boss’s arse just long enough to cook up the best guitar riff on the album – a cute steal from the paino riff in Marvin Gaye’s Pretty Little Baby. Nice one! And I bet you he thought no-one would notice too!

With an artist so reassuringly retro as Weller, I cannae help but play ‘spot the reference’. Wake Up The Nation has plenty to offer yer music fan with a half-decent knowledge of 60s & 70s pop, soul and psych. Hey! What’s that? Working In A Coalmine of course! Listen out for the Blockheads Hit Me With Your Rhythm Stick by way of Issac Hayes film score (Aim High) and the guitar clang of Low-period Bowie (Up The Dosage). I thought he was supposed to hate Bowie… Talent borrows, genius steals n all that.

Donald. If you’re reading this you’d have ruined this album for me by Monday lunchtime. For everyone else reading, do yourself a favour and pick up the first essential album of the decade. 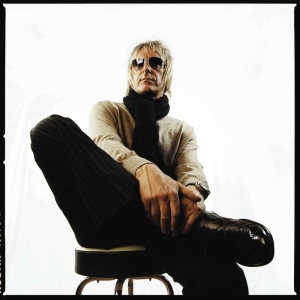 PW sits back to enjoy a good ego stroking