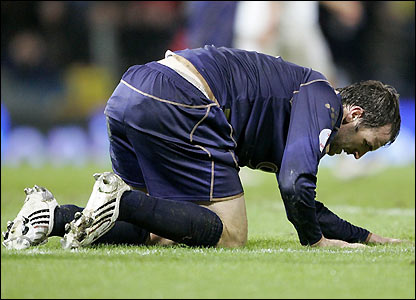 Oh well. Nearly but not quite. The nation goes back to work tomorrow and all the “I told you…“, “I knew all along…” stories will start. Screw them. We were great. Just not great enough.

The La’s were great too. I wish I could say that in the present tense, but it looks like Lee Mavers has become a bit of a 21st century Syd Barrett, living off his reported £5000 a month royalties from the one big hit single. These days you won’t see him on stage but you’ll see him at all the Everton games. The La’s were also famously fussy. Heid La Mavers abandoned so many recording sessions in his search for the mystical sounds that only he could hear. You all know stories and half-truths by now – the 60s dust, “the album’s terrible“, the threats in 2005 to re-record the album while a pile of classics remained unheard.

‘Over‘ is my favourite La’s song and its melancholy is perfect for the mood all Scottish football fans must be feeling. ‘Over‘ is also the track that Lee Mavers was most happy with, recording-wise. The version he liked best was the one recorded live in a stable on a battered old ghetto blaster. Of course. I’m kicking myself, because I had a 10 minute version somwhere that had loads of talking at the start and the end. John Power chants “Liverpool! Liverpool!” at one point and the rest of them talk about funny cigarettes and stuff. It was really great and when I came to find it for this post I realised it disappeared in the great hard-drive crash of summer 2006. Instead, this version was the one that was chopped from my 10 minute tape and ended up on the b-side of the ‘Timeless Melody‘ single in all its lo-fi glory. There’s also a fantastic version on The La’s BBC Sessions album. Taken from their Liz Kershaw session (31.5.88) it features a brilliant druggy sounding lead guitar part which was apparently overdubbed by Mavers as there were only 3 La’s in the studio that day. Overdubbed! That’s about as close as the La’s ever got to modern recording techniques. Here it is here. Listen out for the Russian chanting in the middle.

Lastly, another lo-fi ghetto blaster recording taped in Barry Sutton’s flat sometime in 1988.  Sutton was one of The La’s numerous lead guitar players and he and Mavers would get together and jam Beefheart-esque instrumentals, with the occassional daft lyric like this one. “Get on yer camel and riiiiide!” It sounds like it was recorded in the delta Mississippi in 1923, and was supposed to appear on the b-side of the ill-fated GoLas3 release of ‘Timeless Melody’ which never really saw the light of day. Mavers didn’t like it (!) and Go! Discs withdrew it very quickly at the promo stage. If you ever find a white label copy of it let me know and I’ll give you a fiver for it. Mavers loves ‘Ride Yer Camel’. And so should you. 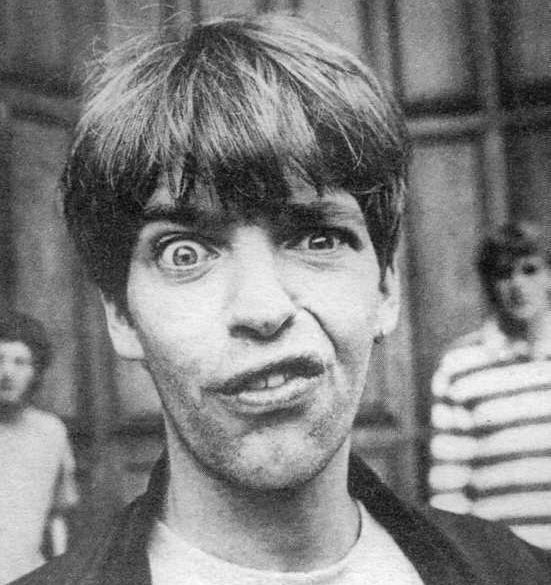