There’s a wee bit of a media-fixated Beatles renaissance going just now, what with Sgt Pepper turning 50 and fortnightly reissues of their back catalogue racked up in the Spar alongside Tank Commander Monthly and Build Your Own Millenium Falcon Weekly. It’s a great time to be discovering them for the first time. Who cares if someone’s first exposure to Hey Bulldog is via De Agostini publishing?

Fast track back to the mid 90s and arguably the first flourish of serious Beatles reappraisal since the demise of the band. With their self-proclaimed monobrowed monopoly on all things Fab you could be forgiven for thinking that Oasis had cornered the market in Beatles-influenced music. Just because they shouted louder and played louder and just were louder in every sense didn’t mean they were the only ones with a fevered fascination for the Fab Four. The louder the gob, the bigger the knob ‘n all that. If you listen closely to their music these days, is it even possible to spot The Beatles’ references? Is it? Well, aye, it is. A wee bit. Some of their less-ballsy records have the ‘feel’ of late-era Beatles – All Around The World‘s universal message sounds like the sort of song a lazy advertiser might come up with if tasked with creating a Beatley tune in an afternoon, and Liam is awfully fond of doing his best Lennon sneer atop a grandly played piano. Many of their harmonies are quite clearly direct second cousins of the real deal, but after that, I’m stumped. There are far better bands who’ve dipped deep into the best back catalogue in popular music and pulled out their own skewed version of Fabness. You’ll have your own favourites.

And so to Elliott Smith. If you’ve been visiting Plain Or Pan since the glory days of 2007, you’ll know he’s a big favourite round here. He still is. Indeed, his 4th album, 1998’s XO is currently spinning for ther umpteenth time this week. After years of being out of print on vinyl, it finally made it back onto wax a couple of weeks ago. My eye was off the ball when initial copies went on sale and I missed out on the very limited (500 copies, I think) marbled vinyl version, so I had to settle for the standard black 180 gram edition instead. No big deal really. Really. No, really! I’ve lived with the CD since the day of release, discovered when I was working on the counter of Our Price where it was a ‘Recommended Release‘ that week. I played it three times straight through that afternoon in a fairly empty shop, each subsequent play making my jaw drop a notch closer to the sticky carpet. His voice! Gossamer-light and as fragile as fuck. His playing! Beautifully picked arpeggios one moment, brightly ringing fancy chords the next, no solos but lead breaks that aped the vocal melody – just like Paul McCartney. His arrangements! Double-tracked and beautifully harmonised vocal effects, weird ‘n wonkily off-key pianos, little melodic runs up and down the fretboards and keys….. total Beatles! While the Mancunian magpies were belching loudly about their love for The Beatles, here was Elliott Smith very quietly and unassumingly wearing his obvious love for them, not only on his sleeve, but in the grooves inside the sleeve.

XO is a fantastic album. It was Elliott’s major label debut and followed hot on the heels of Either/Or, the undisputed ace in his back catalogue up until then. Either/Or is also packed full of introspective, whispered songs. Alameda. The Ballad Of Big Nothing. Say Yes. Between The Bars. Angeles. All are what you might loosely call ‘Greatest Hits’, had Elliott been fortunate enough to have had such things. All feature the signature double-tracked vocal (like Lennon), the melody-chasing guitar (like McCartney) and the unassuming resignation of George Harrison; always the bridesmaid, never the bride. Even at the Oscars, when a crumpled and bemused Elliott performed after the Good Will Hunting soundtrack received a nomination, he was the outsider. Celine Dion might’ve beat him to the gong, but who in their right mind would want to play that Titanic song 20 years later? Conversely, Elliott’s music endures.

What Either/Or lacks is clarity and sheen. It’s very lo-fi and indie. Coffee house music for misfits who’ve fallen on hard times and hard drugs. XO has a bright and shiny polish to it, reflected (gettit?) in the fact that much of it was recorded in California and LA.

Opener Sweet Adeline was the clincher for me. Just Elliott and his guitar, with descending riff and wonky chord included, the clouds part at the first chorus and sunlight bursts in in the form of glorious harmonies and barrelhouse piano, the drum sound not a million miles away from something Ringo might’ve strived for around 1967.

I knew there and then that this was an album I was going to love. By the breakdown at the end, the whole thing sounds a wee bit like the breakdown from Sgt Pepper’s Lovely Rita. This is immediately followed by Tomorrow Tomorrow, Elliott singing counter melodies to himself while he plays the most amazing ringing guitar – a 12 string with 4 strings missing, closely miked and double-tracked (again) to sound like a whole orchestra of guitars. The songs that follow on are stellar. Waltz #2 was the album’s near hit; a piano and acoustic guitar fighting for top billing, lilting and waltzing (aye) to a cinematic end with sweeping, swooping strings. And did he really sing about ‘Cathy’s Clown‘ in the first verse? Yes! This was confirmed on the 2nd listen.

The only Everly’s reference I’d ever heard in song was McCartney’s ‘Let ‘Em In‘ and here was another. It was a sign. Three songs in and I had discovered an album that remains to this day an essential album, one of my very own Recommended Releases. To paraphrase Brian Clough, I wouldn’t say XO is the best album ever written, but it’s in the top one.

There’s plenty more Beatleisms throughout; Bottle Up And Explode has an ending that George Martin would’ve loved putting together, layer upon layer of vocals and guitars and strings and weird effects and kitchen sinks. It’s very Fab.

Elliott Smith – Bottle Up And Explode

As is Everybody Cares, Everybody Understands, a song that sounds as if it’s going nowhere until Elliott drops a clanger of a swear word and the whole thing ramps up a gear on the back of it. The ending has a great clash of sighing cellos, sighing backing vocals and a crescendo half-way between The Smiths’ Death Of  A Disco Dancer and a DIY Day In The Life.

Elliott Smith – Everybody Cares, Everybody Understands

Bled White is another. Ringing guitars, electric organ and a fantastic (fabstastic?) call and response vocal. This is music made in the studio, deliberately written to sound as good as possible in recorded form.

Many acts go for the feel of the music, the spontaneity that a live performance brings. Elliott live was by all accounts a very hit and miss live act, and going by the numerous bootlegs I’ve listened to over the years, this would seem true. No stranger to stopping songs midway through if he wasn’t feeling it, he’d half-heartedly and quite possibly deliberately lead his band through a lumpen car crash of a song one night then play a spellbinding acoustic version the next. Tracks like Bled White could never sound great live. But recorded for posterity on XO, they sparkle immortally.

Elsewhere, you’ll find the bedsit Beach Boys harmonies on Oh Well, Okay have the potential to induce real tears. The wee cello swell after a minute or so is your starter for ten.

Album closer I Didn’t Understand wafts in on a raft of a-cappella vocals, just like Because on Abbey Road – a track Elliott would go on to cover on the aforementioned Good Will Hunting soundtrack, funnily enough.  I could go on and on. Suffice to say, XO is well worth investing in if you’ve never had the pleasure.

To finish, here‘s Elliott doing The Beatles. Reverential and respectful.

Elliott Smith – If I Fell 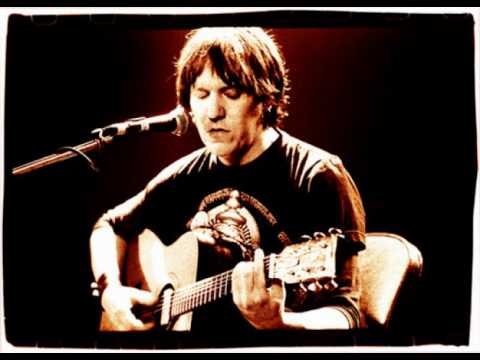