The Blue Nile‘s A Walk Across The Rooftops is, as you know already, a landmark album. Made possible by the boundary-free, anything-goes attitude of post-punk, it eschewed the era’s preference for jagged, scratchy guitars and political posturing and took the unfashionable route of grown-up, adult-orientated sophisto pop, where sleeves were rolled up to just below the elbows and bass guitars were worn just that little bit too high. No style then, but all substance.

Equally influenced by and an influence on other single-minded furrow ploughers such as Kate Bush, Talk Talk and Peter Gabriel, A Walk Across The Rooftops is literate, arty and perfectly self-indulgent. 35 years later, it still sounds timeless; not of today’s musical landscape, bereft of fad or fashion, forever out of step with the rest of music. 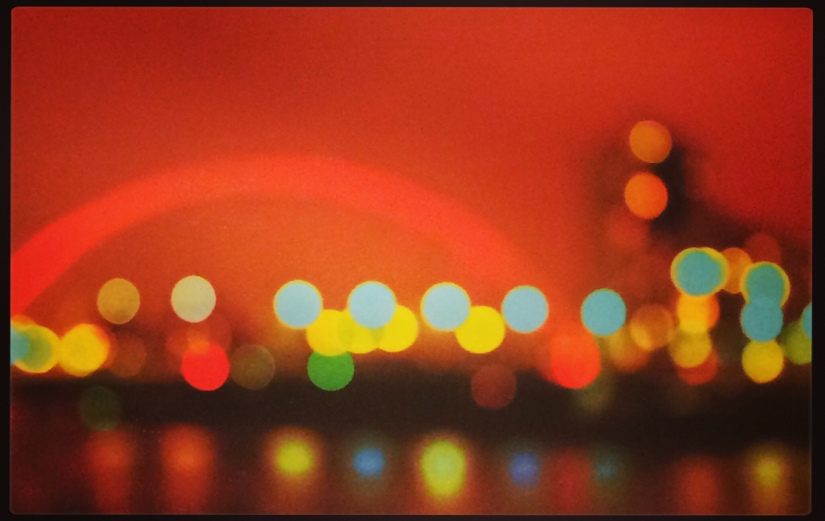 The Blue Nile had recorded one self-financed single which brought them to the attention of Linn, the high-end hi-fi manufacturer who were (and still are, I think) based on an area of prime green belt on the outskirts of Glasgow, close enough to the city should they need to be, yet far enough away from any noise pollution that might prevent their audio technicians from creating the superior equipment they’ve built their reputation on.

Linn set up a record label purely for the basis of showcasing their turntables, amplifiers and new-fangled CD players and asked The Blue Nile to record an album that would suitably bring to life the sonic qualities of the Linn palette. Over the course of 7 tracks, the band managed all this and more. Their combination of standard band instruments with the cutting edge Linn synth drum and electronic keyboards (similar in set-up to New Order, but a million miles from execution) created the ideal audio spectrum for which to hear Linn products in all their high-end glory.

If all this sounds a little too clinical, a little too contrived and corporate, a million miles away from the attitude afforded by post-punk, well, maybe that’s just what The Blue Nile were/are. In the early 80s, Glasgow was a grubby, scabby-kneed runt of a place, still desperately shaking off the ‘No Mean City’ image of the 60s and 70s and looking towards its eventual European City of Culture status in 1990. The Blue Nile looked beyond the horizon and recorded a cultured, European record long-before any fancy-pants titles landed at the City Chambers. Nowadays, Glasgow is a metropolitan tourist destination, a city of West End delis and pavement cafe culture, with an arms-open-wide embracing attitude. For The Blue Nile, it always has been.

It’s an album full of great, meandering songs, all ebb and flow rather than 3 minute bluster. Signature track Tinseltown In the Rain is the big one. It’s a strange song in a way. Lacking in ‘standard’ structure, there’s no verse/chorus/middle 8/ solo but, like all the best songs; Bowie’s Where Are We Now? perhaps, or Sad Eyed Lady Of The Lowlands, it burrows deep within, implants itself and slowly unravels.

The Blue Nile – Tinseltown In The Rain

Guitar strings ring as tight and taut as a spinster’s bed springs. The backing, all free-flowing bending bass and gated snare is retro-futuristic. Real strings fight for ear space with synthetic keyboard washes. It runs and runs and never ever outstays its welcome. At one point the band drop out and leave a squeaky Chic-y guitar, itchy and scratchy Glasgow grit before being swallowed whole by the swell of the strings. Paul Buchanan’s voice, forever on the edge of stifling a yawn, is Scottish Sinatra, baring his soul on an eyes half-shut, half-crooned love song to someone or some place. Perhaps even Glasgow itself. Tinseltown In The Rain. Even the title conjures up poetic images in the mind’s eye, as anyone who’s ever walked the city in the middle of a drizzle will tell you.

* That terrific landscape picture at the top was taken by Stuart Brown. You can visit his stall in the Merchant City Square every weekend. His pictures are really brilliant.

* the one above of Donald Dewar contemplating Buchanan Street in yer actual Tinseltown in the rain was stolen from online. I’m happy to remove if it’s your shot, although it does complement the text perfectly. Please get in touch.