The mixed bag of unsolicited – but very welcome – mp3s that currently clutter my inbox contain a couple of bona fide right here right now, on the pulse indie rock ‘records’, the kinda tracks that in a pre-internet era I might’ve spent aeons tracking down. Last week, the Working Men’s Club single was the track to rock my (in)box. This week it’s the sound of The Stroppies.

A confession: The Stroppies’ label sent me a press bio and a link to current single Cellophane Car about 3 weeks ago. One look at the band’s name and I thought, nah, I’m not having that. Who names their band The Stroppies? It’s the twee-est, most cutesy-cute, indie-ish name going, is it not? I remember reading an interview with Michael Stipe where he said that you had to imagine your band’s name in lights above the door of the biggest venue you knew. Only then could you consider what you might be called. 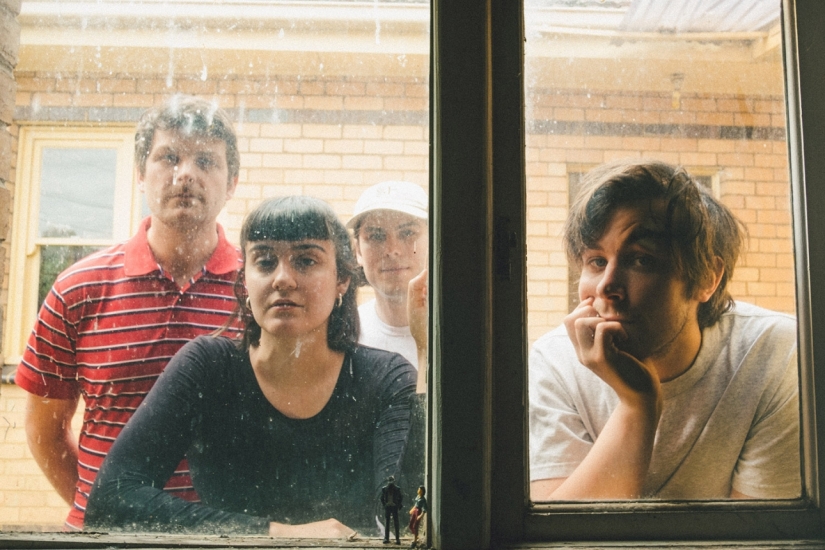 Anyway. A track popped up on 6 Music last week on the commute to work and frustratingly the station ID listed it as ‘Deep Blue Day’ by Brian Eno, when it clearly wasn’t. Fast forward to yesterday and it was played again. The Stroppies. Cellophane Car. The Stroppies?!? Where do I know that name from? And then earlier tonight, Marc Riley opened his show with them. They’re a hot thing, these Stroppies. Riding the crest of some zeitgeist or other. Daft name though, but great tunes.

Cellophane Car has all the right reference points you could wish for; an underlying Felt-like feyness, jangling 12 strings, a forever-on-the-verge of being out of tune one chord Velvets riff, wobbly Antipodean male/female vocals last heard on any number of Go-Betweens records and an arch, eyebrow aloft nod to Jonathan Richman. You can practically sing Roadrunner over the top of it.

Nowt wrong with that, of course. On Cellophane Car, the band are stretched to their very limits. There are no flash solos or tumbling toms in the middle eight. The music is lean, pared back and designed to run and run. Where most bands would finish on a crashing oomph or a squeal of feedback, The Stroppies lure you in with a false ending before the parping Farfisa and swirling keys lead the track on an extended slightlydelic coda.

The best guitar music, from, oh, I dunno, Orange Juice to Jellyfish is made when bands step out of their comfort zones. At any minute things might unravel. Band members eyeball one another between swift glances at the frets, shonky nods are aimed in the direction of the beat keeper at the back. Those Stroppies are forever on the verge of unravel.

Coming hot on the heels of fellow hot-hitting Australian Courtney Barnett, The Stroppies have an album – Whoosh – due for release in March, after which they’ll be zig-zagging their way around the less-than-glorious venues of our cities in July; you’ll find them in Glasgow, York and Brighton amongst others. You should probably go.

Follow The Stroppies on all the usual forums (apart from Twitter, it would seem) or visit here for tour dates, music and more.