A few years back, as a mature student in desperate need of income, I ran a wee guitar group. Obviously, far better than working a shift in B&Q, I was my own boss and set my own rules. 30 folk of all ages and abilities formed 3 groups of 10 who came to the local community centre to learn the difference between a b-minor and a blues lick and play along to a wide selection of recognised classics, with the odd personal favourite thrown in. Not only that, but along the way these eager students were educated in the ways of guitarists and guitar playing. Steve Cropper was more important than Slash, I’d tell them. Johnny Marr was better than Eric Clapton. Jimi Hendrix played guitar behind his back with his teeth. Try it! First person to play an E minor gets a mini Mars Bar. The beginners loved shaking their hair to The Ramones Surfin Bird, even if they had difficulty changing from an A to a D and back again at the same speed as Johnny and Dee Dee. Over time though, they managed to do a spot-on version of These Boots Are Made For Walking, complete with their own wee choreographed foot dance when Nancy asks, “Are you ready boots? Start walkin'”. The best players in the ‘top group’ could replicate Stairway To Heaven note for note. Well, almost. But my greatest achievement was with the ‘middle group’. Accomplished enough that they could play blues licks in b minor, but not yet fluid enough to think they were Slash, I taught them to windmill like Pete Townshend through the opening bars of The Who‘s Baba O’ Riley. It was a magic sight. 10 arms windmilling round in perfect time. Wind Out -mill! here Wind in -mill! the Wind fields -mill! Some nights we played it 3 or 4 times, such was their joy at playing it. What’s that Roger? Teenage wasteland? Not in here! Happy days!

Anyway, after what I’ve just said, you may be surprised to learn that I never totally got The Who. I thought Keith Moon was pretty special, although who doesn’t? Always entertaining to watch. But the others? The Ox, in his later days wore a red leather blouson jacket that was about as close to ‘mod’ as  Alex Turner’s Olympics haircut. And he played his bass at throat height, which, no matter what you’re playing on it, is never a good look. Roger Daltrey always seems like a wee guy trying too hard to be macho. Always taking his top off and baring his chest. And he had a haircut like Barbra Streisand for about 20 years during the 70s and 80s. Which, again, is about as close to ‘mod’ as Alex Turner’s Olympics haircut. Pete Townshend? Great windmills (yeah!), great Clockwork Orange boiler suits ‘n Docs combo on the stage ‘n all that, but those child porn allegations from a few years back have tainted him forever for me. I dunno. I like the big singles that everyone likes. But as an album band, their first album excepted, they never really did it for me.  I suppose for a live album, ‘Live At Leeds‘ makes all the right noises, and The Who ‘Sell Out’ has some pretty good tracks on it, Armenia City In The Sky, to name one, and I like the pirate radio concept but really, that’s about it. The problem I have is that everything they’ve done seems to have been, aye, a ‘concept’ album. Not just ‘Sell Out’.  Quadrophenia is a concept album. Tommy is a concept album. Pete Townshend’s doomed Lifehouse project was another concept. A Quick One was a rock opera fergawdsakes! Everything seems just a bit too calculated and pre-conceived. I like my rock bands to be unpredictable and raggy round the edges. Which is why the only Who album I truly like from start to finish is their first. 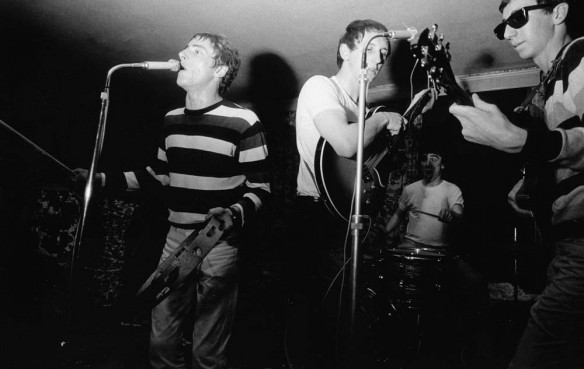 What I like even better than The Who’s first album is the few tracks they recorded as The High Numbers. They’re nothing extraordinary, really just rehashed 12 bar blues-based R’nB tunes so beloved of the early 60s mods. But the sound they made! Big, booming, compressed-sounding mono tracks that jump out the speakers. The bass sounds like it’s playing under the floorboards next door. Ironically, given the advances in technology, it’s a sound that modern studios just can’t seem to replicate. Just ask Jack White (although he’s made a good fist of it) or long-lost La Lee Mavers, if you can find him.

I’m The Face was the B-Side of The High Numbers first single, Zoot Suit. Designed, at the insistence of  manager Peter Meaden, to appeal to the local pilled-up mods who got their kicks from American R’nB, I’m The Face was practically a cover of Slim Harpo‘s I Got Love If You Want It. Actually, practically a cover is being kind. This is daylight robbery long before Jimmy Page got his first copy of Down At The Crossroads with Robert Johnson and Some Other Blues Guys No-One’s Heard Of Yet. Slim’s tune stayed the same, although the band played it with a feral garage band intensity lacking in the original’s nasal reediness. On The High Numbers’ version, the harmonica wails just that bit more out of tune. Keith Moon’s drums clatter in time to Townshend’s reverberated chords and perfectly executed solo (did the afore-mentioned Page play this part? After all, he played everyone else’s around this time) and the Entwhistle bass runs divebomb to the very centre of your purple-hearted heart.  In keeping with the A-Side (I’m the snappiest dresser right down to my inch-wide tie) manager Meaden changed the lyrics to be more mod-friendly, I’m the face baby is that clear? and referencing Ivy League jackets and wild buckskin shoes along the way. 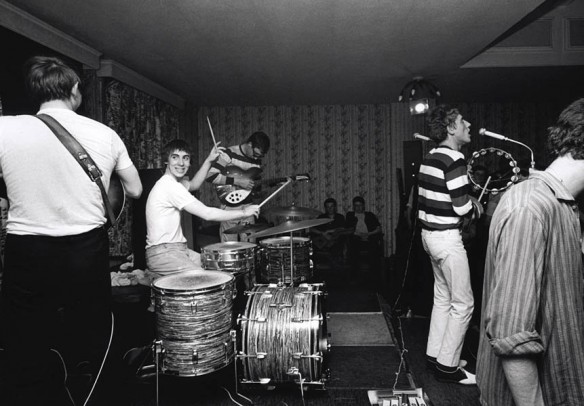 With all this studied contriving going on you could be forgiven for thinking Zoot Suit/I’m The Face was some sort of UK smash. It wasn’t. Like a gazillion other life-affirming effervescent pieces of 7 inch 60s plastic, it flopped. A disheartened High Numbers went back to the drawing board, changed their name to The Who and tried again. This time, things seemed to work out a wee bit better. Proof? Here‘s the st-st-st-st-stuttering m-m-m-m-mono version of My Generation. Sounds like a tank. (Winks). Some of you will get that reference, some of you might not.

Memphis Tennessee  Instrumental. Big. Booming. Bass from under the floorboards.