That’s the haunted figure of Robert Johnson, womanisin’, gamblin’, soul-sellin’ deep South bluesman with a hell hound on his tail. Robert had the uncanny knack of channeling all sorts of bad voodoo via his unnaturally long fingers into his music and into the ether forever. To this day, the dusty grooves on his old 1930’s 78s spark with the crackle and pop of a life gone wrong.

His songs, all rudimentary strumming and picking, have been picked up and picked apart by all manner of blues-influenced groups, not least the Rolling Stones.

No strangers to a stolen blues riff and a Robert Johnson tune (their version of Love In Vain is the definitive country/blues weeper), the Stones really out-did themselves when they came to tackle Stop Breaking Down. It’s a completely different song to the original.

A total groove with Charlie playing just behind the beat, it’s a beautiful soup of chugging, riffing rhythm guitar and an asthmatic wheezing lead hanging on for dear life like the ash at the end of Keith’s ubiquitous cigarette. Between Jagger’s verses, the band swagger in that tight but loose way that no band has ever since equalled. Listening to it you can almost see Jagger prancing around some massive American stage or other, wiggling his 26″ snakehips to those lucky enough to be able to see them from the back of whatever enormodome they happen to have found themselves in.

Totally telepathically in synch with one another, the Stones in ’72 would be my time machine moment. Actually, they wouldn’t. Given the chance I’d be going back to 1965 to watch my team win the Scottish league for the last time, hang around a year and catch Dylan go electric then hope for some malfunction or other that would allow me to wait around for 6 years until it was fixed. To be Keith for a day while recording Exile On Main Street. What a time of it. Great hair. Great clothes. Great guitars. Great women. And everything else that goes with it. Like your own plane… 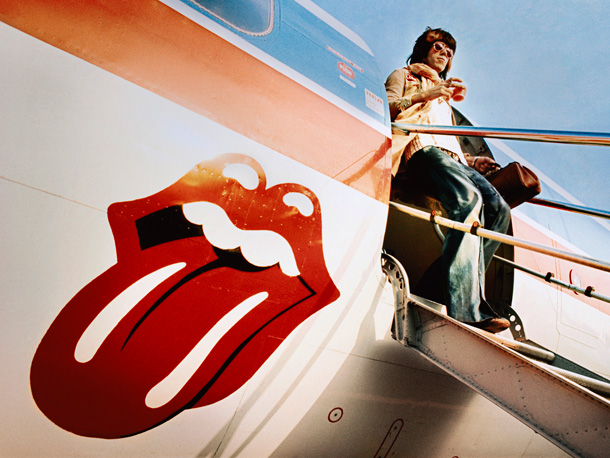 …or drinks cabinet on stage… 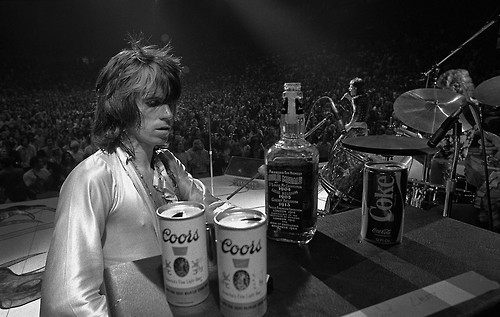 The Rolling Stones version of Stop Breaking Down comes towards the end of Side 4 on Exile On Main Street, the loosest, funkiest, grooviest Stones LP of the lot. But you knew that already. That they chose to sequence it where they did (although sandwiched between the blues rock of All Down The Line and southern soul gospel of Shine A Light makes for a strong ending) suggests the Stones had no particular fondness for it, that they considered it an album track at best, perhaps even (gasp) album filler. It certainly never gets a mention in the same breath as the big tracks from the LP (Tumbling Dice, Happy, Rocks Off, Loving Cup…I could go on and on) but to me, as something of a hidden Stones gem, that’s kinda what makes Stop Breaking Down so special.

Evoking the spirit of the early, earthy Stones with a punk/blues ferocity not heard since, ooh I dunno, Pussy Galore or someone were whipping up a frenzy at the end of the 80s, the White Stripes version of Stop Breaking Down appeared on their first, self-titled LP. If you’ve not heard it before, it’s just as you might imagine it to sound.

Two folk standing in a room with a handful of basic instruments between them has never sounded so feral and primal. Nowadays, it’s all the rage. Isn’t it, Black Keys? I know Jack White splits opinion, but for what it’s worth I love the White Stripes.

Later on, they tackled the same track for a BBC session, extending it to twice its length and playing it as a walkin’, talkin’ slow blues.

Whatever happened to The Bees? I had them pegged as the equal of the Beta Band. Terrific players with a slightly psychedelic take on things. Not so much under the radar as off it completely, they deserved better. Their take on Stop Breaking Down is clearly modelled on the Stones’ version, but with a dual vocal and a nice, understated Hammond holding the whole thing together.