Louie Louie by The Kingsmen is the basest, crassest, lowest-level, stoopidest rockist frat-boy thunk ever committed to vinyl. Which happens to make it just about the best record ever. But you knew that already. The fact that it is sloppiness in excelsis; badly played and full of mumbled, mistimed vocals only heightens its appeal. 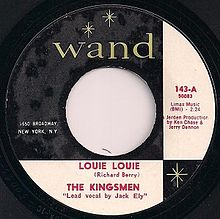 Louie Louie was written and recorded in 1955 by Richard Berry, who, along with his band The Pharaohs released it as a single to mass indifference. Shame, as it‘s a mighty fine piece of skronking, doo-wop inflected rock ‘n roll.

The Kingsmen first became aware of Louie Louie not via Richard Berry’s original, but from another cover. Rockin’ Robin Roberts‘ version was a regular on the jukebox in Seattle’s Pypo Club where the band often gigged.

They quickly spotted it was a guaranteed floor filler, so The Kingsmen began incorporating it into their sets of lounge standards and easy listening classics. 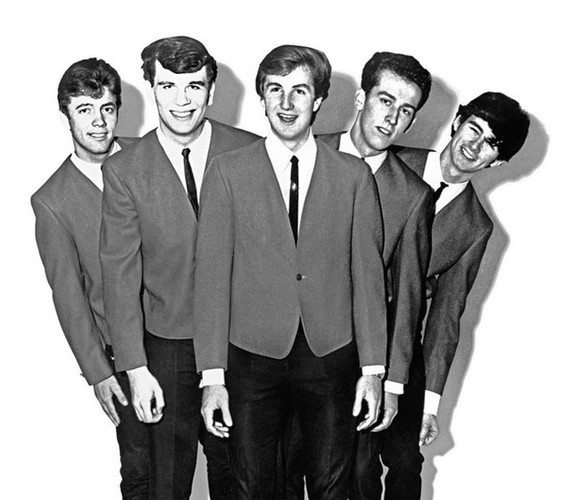 All the King’s horses and all The Kingsmen

To say the recorded version was a departure from their usual sound would not be an exaggeration. Look at the band. Hardly The Stooges, or even The Troggs, are they? But with this one record they unwittingly created the caveman stomp of the Garage Band movement. Three chords? Check! Farfisa organ? Check! Nagging, repetitive chorus? Check, and check! Those Troggs’ and future Stooges’ ears pricked attentively at the hot-wired sound emanating from their AM radios.

In order to give the record a live feel, the one vocal mike was hung suspended from the ceiling of the small studio and singing guitarist Jack Ely was forced to shout into it over the noise of the band. Just after the scratchy solo, he comes in to the verse a bar too early, checks himself and is saved by an on-the-ball drummer who casually flings in a recording-saving drum fill.

The fact that the teenage Ely was wearing braces on his teeth meant that when he wasn’t coming in on the wrong cue, he was mumbling his way through much of the song, a point that lead to the band and record being investigated for obscenity by the FBI. They were even banned from playing live in some States. As has been proven time and time again, this is exactly the sort of promotion a record needs in order to scale the charts.

If you listen carefully, more carefully then the FBI as it would appear, at the 54 seconds mark you’ll hear the crystal clear exclamation of Lynn Easton the drummer shouting “Fuck!” as he fumbles his sticks mid fill. Check it out. 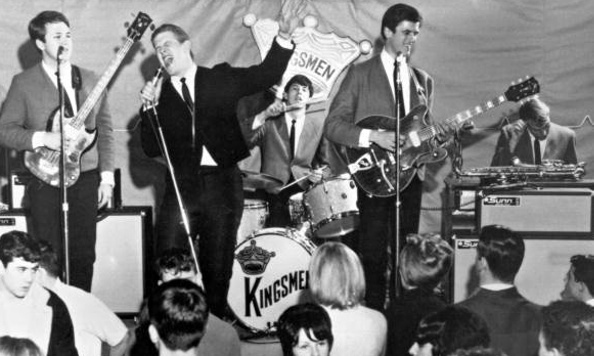 The whole record took as long to record as it does to listen to – done and dusted for $50 in one imperfect take and sent to the pressing plant before the band had any time to object.

The Kingsmen hated the version that was put out, although they mellowed slightly when it finally settled in the number 2 slot of the actual Billboard Hot 100 –  a somewhat bittersweet tale, as by this point they had split up. To promote the single, drummer Lynn Easton (who named the original band and therefore ‘owned’ the name – although I’m sure a Drifter or a Bay City Roller or 2 could contest this in court) put together The Kingsmen Mark 2 for all promotional work around the single. As long as they played it with the required loose limbed sloppiness, who would even have noticed? 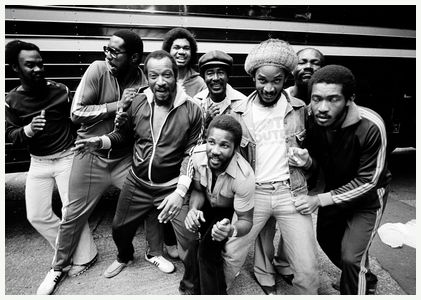 Here’s Toots & The Maytals skanking take, all clipped guitars, tippy-tappy hi-hat and stoned Jamaican harmonies. At 5 and a half minutes long, it kinda outstays its welcome, but it’s beautiful all the same. 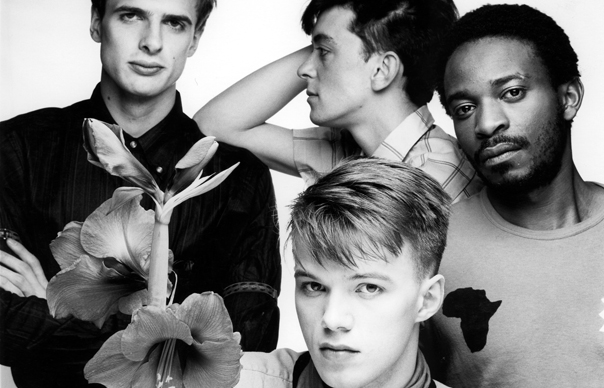 And here, with eyebrow permanently arched, is the typographically mischievous Louise Louise by Orange Juice. Shimmering, jangling and all the way fae fey Bearsden, it‘s a totally different song. Methinks the band had the title before the song.