New Order‘s Power Corruption & Lies has just had the luxuruious, deluxe treatment. Not for any anniversary reasons it seems, but it follows swiftly on the heels of the similar treatment afforded to its predecesor, Movement. Movement is a landmark album for New Order in some ways, not least the band’s decision to continue making music in the aftermath of Ian Curtis’s death, but Power, Corruption & Lies, as you know already, is the album where New Order is truly born. 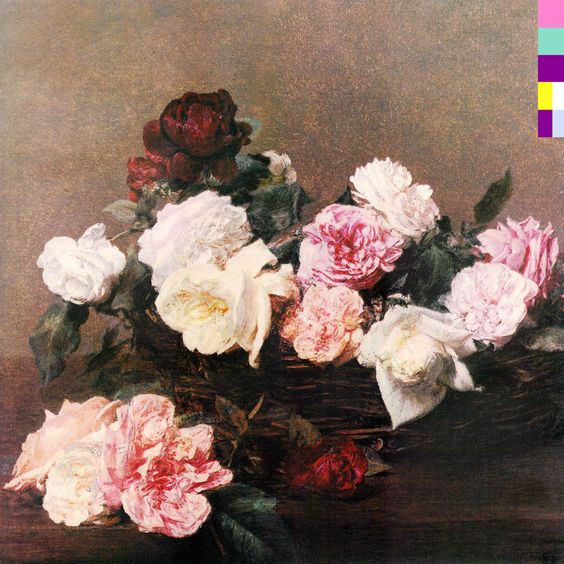 Gone are the self-conscious carbon copy Curtis vocals and mannerisms. (Almost) nowhere to be heard are the rattling, richocheting Hannett-affected steam-powered drums. The high up the frets bass is, crucially, still there, more to the fore even; post-punk liquid mercury, fluid and meandering, creating that signature New Order sound without anyone being aware at the time.

Where the synth lines on Movement were occasional and minimal, on Power, Corruption & Lies they’re elegant and glacial, polishing New Order’s confident new sound with a reflective sheen. From the flowers on the cover – the juxtaposition of old and new worlds, explained sleeve designer Peter Saville – and its code-cracking tracklisting on the back, via the grapple and struggle with new technology to Bernard finding his own shaky voice, everything about Power, Corruption & Lies screams fresh new start.

The soul of the band’s adventurous new sound can be found at the end of the 1st side.

586 is, to begin with, a bit of a strange track. Those rattling, richocheting drums make a brief appearance at the start before a squelchy, squiggly keyboard line assumes the role of lead. Freeforming for a good couple of minutes, and just as you think it might be running out of ideas, a familiar ghostly synth line introduces itself, curling in like a cold, grey fog off the Manchester Ship Canal. Back in 1983 (or ’93 or ’03 or even right now,) New Order obsessives listening for the first time would have pricked their ears in a Proustian rush of recognition.

Coupled with the clattering sequenced electro and rapid-fire snare that follows immediately afterwards, 586 reveals itself to be Baby Blue Monday. It’s got it all going on – the tempo, the four to the floor dancefloor beat, the breakdown in the middle…but mostly, it’s in the propulsive, forward-thinking rhythm and pulsing, sequenced synths. Blue Monday was the stand alone single, released before the album, but 586 was clearly conceived at the same knee-trembling session behind the mixing desk.

It’s significantly different in other ways though. Bernard’s voice is in a higher register, falsetto occassionally, and nothing like the bottom of the boots Curtisish vocal on Blue Monday. There’s an energy of its own to it and a high synthy melody that repeats throughout, giving way to warm and fuzzy synths before the gears begin to grind to a halt and the whole track sloooooows doooown to a juddering stop, bringing both itself and side 1 of the album to a definite close.

586 began life in May 1982 when Tony Wilson asked New Order for “20 minutes of pap.” The original version was put onto video and played when the Haçienda opened its doors for the first time. A shorter version was redone for the band’s Peel Session a month later.

With backwards sections and helicoptering synths, bendy bass and a rhythm track made up of heavily treated sleigh bells and jangling percussion, it isn’t the “20 minutes of pap” that their label boss asked for, but it’s very much a lyric in search of a better tune. That tune duly turned up a year later, half of it soundtracking the album version, the other half lending itself to the greatest 12″ single of all time.

Talking of which – where would Blue Monday be without that twanging, Spaghetti Western bassline? Stolen twang for twang from Ennio Morricone’s soundtrack for For A Few Dollars More, it became Peter Hook’s signature sound on New Order’s signature record, and a sound that’s still very much likely to prick the ears of people of a certain age forever. 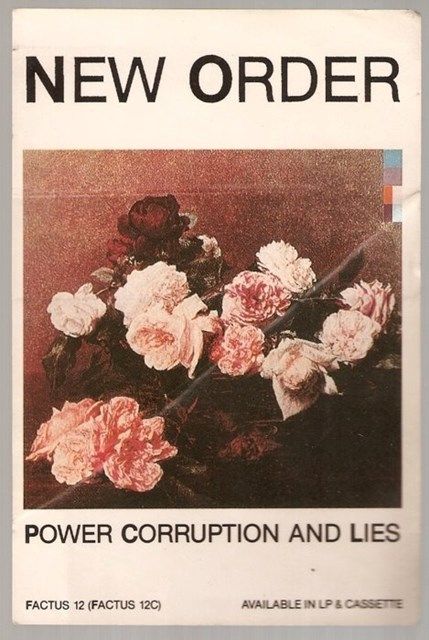