Happily Everly After. It sounds like a throwaway Stanley Unwin line. Perhaps something he’d have spokey-woke on the deeply joyous Small Faces’ Ogden’s Nut Gone Flake album. Or perhaps not. In any case, I’m referring to Phil and Don, The Everly Brothers. But you knew that already. 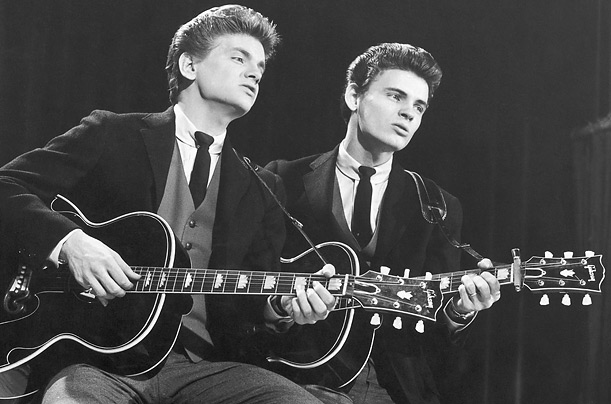 The Everlys were so close to the front of the queue at the birth of rock ‘n roll they were practically the midwives. Little Richard might’ve been around pounding his piano to welcome this kicking and screaming new born thing into existence, and Chuck Berry would’ve been somewhere by his side, but it was the Everlys who sat by the bed mopping the fevered brow and shouting perfectly harmonised words of encouragement. A close-knit singing duo with a dual love of country music and a twangin’ guitar, they created a vocal style like no-one else. Big brother Don sang the low parts. Phil, two years his junior, did those keening highs. Added to a rattlin’, rollin’ skiffle rhythm, they suddenly had a sound and found themselves at the forefront of the late 50s music explosion. The Beatles were huge fans, approximating the vocal style of the Everlys’ Cathy’s Clown onto their own Please Please Me like the fanboys they undeniably were.

Paul McCartney’s love for the Everlys went as deep as writing On The Wings Of A Nightingale for them in the mid 80s, giving them a hit single long after they’d been confined to the dustbin of yesteryear and oldies radio.

The Everly’s legacy was cemented not by what they did well, but by what they failed at.  Between them, Phil and Don had six children and went through half a dozen divorces – five from actual matrimonial wives and one colossal split from one another. To say they didn’t really get on with one another would be something of an understatement, but nonetheless they muddled through for a good few years, their warm harmonies disguising the icy coldness each felt towards his sibling.

Like many acts of their era, they suffered the somewhat obligatory bad management/bad label deal in the late ’50s.  Their golden early 60s period was knocked off the rails, initially by the advent of Beatlemania and latterly through their failure to capture the mood of a nation during the Vietnam War. This led to drug and alcohol problems, which led on to other issues…..the loathing and hate that each felt for his brother reached its peak in 1973 when Phil threw his guitar down mid Cathy’s Clown and walked off stage. To paraphrase Don (I can’t find the actual quote)  – “The Everly Brothers are dead…..though we died 10 years ago.” Despite possessing fine musical skills and supreme singing voices, a lukewarm and half-arsed approach to what constituted their individual solo ‘careers’ meant that the Everlys became obsolete in the singer-songwriter-rich’70s. Save their father’s funeral, it would be a decade before they spoke again, brought together by Albert Lee who produced their Live At The Albert Hall comeback show, and a mediating McCartney and his gift of the hit single a year later. 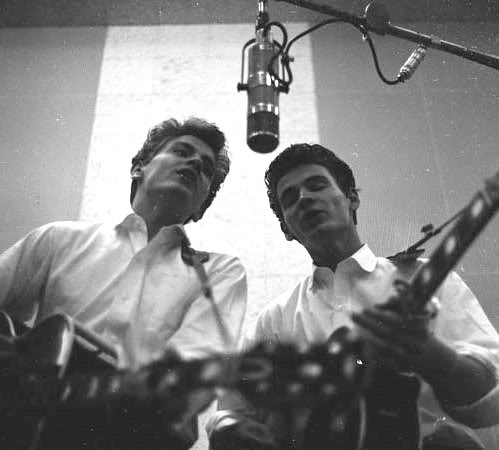 Proper musicians’ musicans, the Everlys have left an influence far and wide throughout popular (and not so popular) music.

Neil Young brazenly nicks the riff from Walk Right Back, slows it down a touch, and with the aid of some good ol’ homegrown, writes Harvest Moon and bags himself a proper critic-pleasing return to form in the process. Contrast and compare:

Elliott Smith‘s eye-wateringly perfect Waltz #2 opens with the couplet; First the mic, then a half cigarette, Singing “Cathy’s Clown”.

And tucked away on the b-side of Lloyd, I’m ready To Be Heartbroken (in itself a we’re not worthy bow-down to Lloyd Cole), you’ll find Camera Obscura‘s lilting countryish ballad, Phil And Don, bathed in pathos and regret and sounding like the heartbreaker it really is.

Here’s the Everlys doing When Will I Be Loved. A microcosm of all that is good about the Everly Brothers – twangin’ guitar riff, skiffley backbeat and harmonies like glue.

Now grab your coat and go and get yourself a copy of an Everly Brothers Greatest hits compilation. No home should be without one. And get yerself a Camera Obscura album while you’re there. You’d like them. 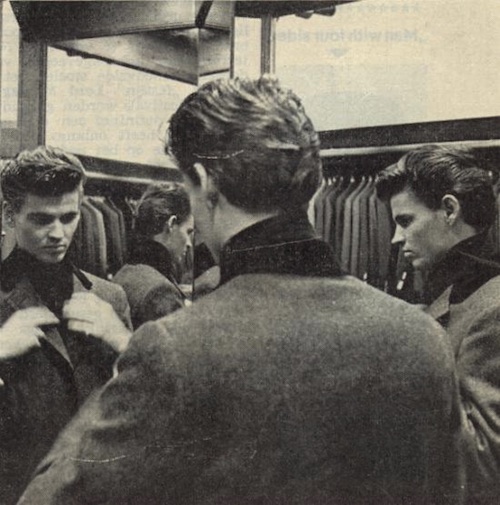