I haven’t ever quite got Bruce Springsteen. I can appreciate the appeal, and I can rattle off a list of his tunes I quite like, but that’s just it – tunes I quite like. There’s nothing there I love. Not even Tenth Avenue Freeze Out. Or Hungry Heart. Or Cadillac Ranch. Or Born To Run. I like ’em. But I don’t love ’em. I don’t feel the need to re-spin them as soon as they’ve faded out in the same way I do with many other musical sacred cows. What’s the difference between Born To Run and most of Meat Loaf’s outpourings over the last 30 years? Very little, if y’ask me. And Meat Loaf is a pantomime figure to be laughed at and poked with a big shitty stick. So why not Bruce?

Bruce’s schtick is all just a wee bit forced, I think. Everything’s done through gritted teeth and clenched fist, his furrowed brow and earnest intentions dressed up in last year’s Levis for maximum ‘man of the people’ effect.  Four hour live shows? Come on! Even if Paul McCartney turned up in my back garden and ask me to accompany him on fat-fingered guitar to play a four hour greatest hits show, that would still be about two hours too long. Possibly. And all that huffing and puffing and biker-booted blue collar bluster – pffft! – even his ballads sound as if they’re wrapped in layers of testosterone, desperate to escape their confines, but bundled up as tightly as his upper arms underneath the sweat-stained cut-off denim shirt. Look at him! He can’t even play that famous Tele of his properly due to the constrictions. That, in part, explains the gritted teeth I suppose.

Here’s the crux though – Bruce writes a good song. I know he does. But his versions just don’t hit the spot the way the cover versions do.

Because The Night – Bruce version

Written during the Darkness On The Edge Of Town album sessions, he dashed off Because The Night, discarded it almost immediately and gave it to Patti Smith, who was in the studio next door recording what would become the Easter LP. She got herself a writing credit as she changed some of the words and added her own. But you knew that already. Her version is better. In fact, hers is the definitive of the 18 covers (and counting) to date. PJ Harvey certainly thinks so……..she based much of her mid-career on it. But you knew that already too.

Because The Night – Patti version

Along with Gerry Rafferty’s Baker Street, Patti’s Because The Night reminds me of French toast. I have a vivid memory of listening to the ‘Hit Parade’ countdown one sunny Summer night on a wee portable radio in the back garden and hearing both records while my dad made French toast in the kitchen, the sizzle and smell making its way back to me sitting with my back against the roughcast on the garage wall. Patti’s record eventually got to number 5, though I’m too scared to Google the rest of this fact as it’s very likely both records didn’t ever appear in the same chart. Don’t check. Or if you do, don’t tell me if I’m wrong. It’ll ruin what has been a 35+ years memory.

Inspired by a lyric in Elvis’ Let’s Play House (“You may have a pink Cadillac but don’t you be nobody’s fool”), Bruce wrote Pink Cadillac as a car-as-sexual-metaphor bluesy gruntalong. Written at the turn of the 80s but kept it in his vaults until 1984, Bruce stuck it on the b-side of Dancing In The Dark.

The year previously, Bette Midler had asked to record it, presumably to add her own high camp gloss to an already suggestive lyric.

“I love you for your Pink Cadillac….crushed velvet seats….riding in the back…oozing down the street.”

‘Pink Cadillac is not a girls’ song‘, vetoed Bruce.

And that was that, until Natalie Cole somehow got the go ahead to record her version and take it all the way to number 5 (just like Patti) in March 1988. Bruce calling it Pink Cadillac was a bit more glamorous and rock ‘n roll sounding than, say, Pink Camel Toe, that’s for sure. But we all know what he was getting at, eh? Nudge, nudge, wink wink and all that. It’s quite spectacular that someone so straight-laced as Natalie ‘daughter of Nat King’ Cole should be allowed to record it. Maybe she thought she was singing about a car. 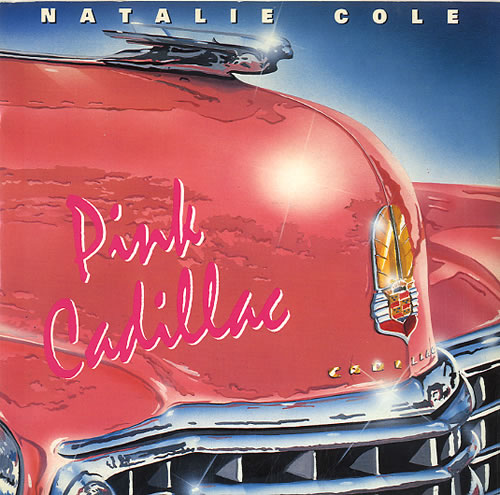 Ever one for spotting a trend and putting an arty spin on it, here’s David Bowie doing It’s Hard To Be A Saint In The City. Recorded in 1974 in the middle of his white-powdered Young Americans phase, it’s a tune that divides Bowie fans. For what it’s worth, I think it’s a brilliant version. I bet those check-shirted good ol’ boys over the Atlantic hate it though.

Nothing at all like the Brooce original. Poor man’s Dylan, no?

By now, of course, there’ll be people I know, friends even, who are rattling off tut-tut-tut emails to me, pointing out the errors of my ways. Waaaaaghh! Here….have a Bruce face in reply….