I’m a total sucker for 60s-70s soul. If you visit these pages from time to time you’ll know that already. I’m more of a Stax man than a Motown man. I’ve always considered Stax to be the rough ‘n tumble, snotty nosed version of its more well-known big brother. If Stax and Motown started school on the same day, it’d be Stax who came home with the knees out his new trousers, while brother Motown’s hair would look the same as it did at 9.00am and the creases in his trousers would still be sharp enough to put new life into an old pencil.

It’s amazing to think that at Stax, it was a relatively small band of musicians who played on much of the stuff. And it was the same at Motown. The Funk Brothers were the go-to band if you needed a recording in a hurry. Between 1959 and 1972 they added their signature breaks, beats and bouncing rhythms to many a radio standard – Baby Love, My Girl, Please Mr Postman, You Keep Me Hangin’ On, Let’s Get It On….the list is practically endless. They were in many ways Detroit’s answer to LA’s Wrecking Crew; seasoned studio pros who went about their business with the minimum of fuss and the maximum of funk.

Marvin “Marv” Tarplin was never considered one of the Funk Brothers. You might never have heard of him, but you’ll certainly be familiar with his music.

Marv was Smokey Robinson‘s guitar player of choice, discovered when he accompanied a brand-new girl group called The Primettes at an audition for Smokey, then working in his capacity as in-house Motown producer. Smokey encouraged the girls to change their name to The Supremes and helped them on their way to stardom, but at a price – he nicked their guitar player for his own group.

It’s Marv’s clean, chiming picking that opens The Tracks Of My Tears and carries it to the heartbroken crescendo;

(Michael Caine voice) Not a lot of people know this, but Marv’s inspiration for The Tracks Of My Tears came from playing along to Harry Belafonte’s Banana Boat Song at 33rpm. That wee drop in the middle, when it’s just Marv playing a couple of chords? Until I’d heard Steely Dan’s Peg, I was convinced De La Soul had nicked it for Eye Know. (I know, I know…I can practically hear the ‘tut tut tuts‘ from a gazillion sample-spotting soul boys ‘n girls). Someone else should probably nick Marv’s bit. Thinking about it, somebody else probably has.

Back in my days of music retail, I had a loooong conversation with a regular customer over Charlie Parker’s playing style. The customer swore that Parker added little fluttering riffs at the end of the phrases he was playing and that, once he’d pointed it out I’d be able to spot a Charlie Parker solo a mile off. D’you know what? He was right.

As a guitar player, Marv was the polar opposite of Charlie Parker, with seemingly no distinctive style of his own. Clean and clipped, equally at home chopping out barred riffs or picking little runs, Marv’s style could best be described as The Ubiquitous Sound of Motown, which is not a bad playing style to have at all.

His playing graced a gazillion Motown hits – Going To a Go-Go, I Second That Emotion (above), but mainly Motown misses – I’ll be Doggone, Cruisin’, Still Water and many other minor tracks I’d need to Google. He loved a hammer-on with the pinky, he loved a simple-yet-effective running riff up and across the bass strings, and he was part of the reason Smokey Robinson and The Miracles made heartbreak sound so life-affirmingly uplifting. A real Miracle worker, if you will.

It wasn’t only Smokey who benefited from Marv’s guitar… 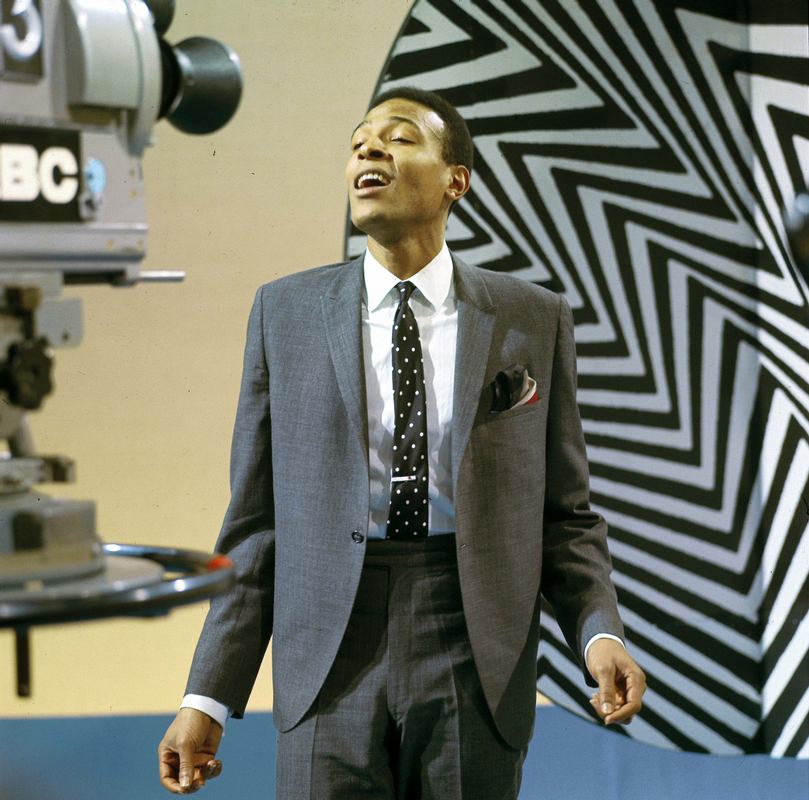 Marvin Gaye‘s finger poppin’, hand clappin’ Ain’t That Peculiar features Marv’s ringing riffs and clipped guitar. A belter of mid 60s pop/soul, all pistol crack snare, stabbing brass and coo-cooing, doo-be-doo female backing vocals, Ain’t That Peculiar was a favourite of Phil Spector, who heard something in the piano breakdown midway through and went on to model the main riff for River Deep, Mountain High around it. S’true!