I’ve been re-reading Luke Haines’ very entertaining Bad Vibes: Britpop, And My Part In Its Downfall – a memoir? an autobiography? a study of a time and place? – and despite having read it at least twice since it was published a decade or so ago, it’s still fantastic reading.

Haines was the driving force behind The Auteurs, a band forever on the fringe of things but never quite the epicentre of musical movement. In filmspeak, the auteur is someone who stamps their identity across a project and demands complete control. Given that he led The Auteurs with a controlling hand and twisted, narcissistic mind, Haines named his band well. Equal parts spiteful and insightful, the book charts the rise and fall of the band from their early days vying for top dog status with Suede (the very early days, then) to the famous Select magazine cover that first coined the term ‘Britpop’ (coined being the operative word), multiple awards ceremonies, Japanese sex cults, the end of The Auteurs, the one man and a dog shows in the American mid-west and his reinvigoration with the music he made as Black Box Recorder and Baader Meinhof. 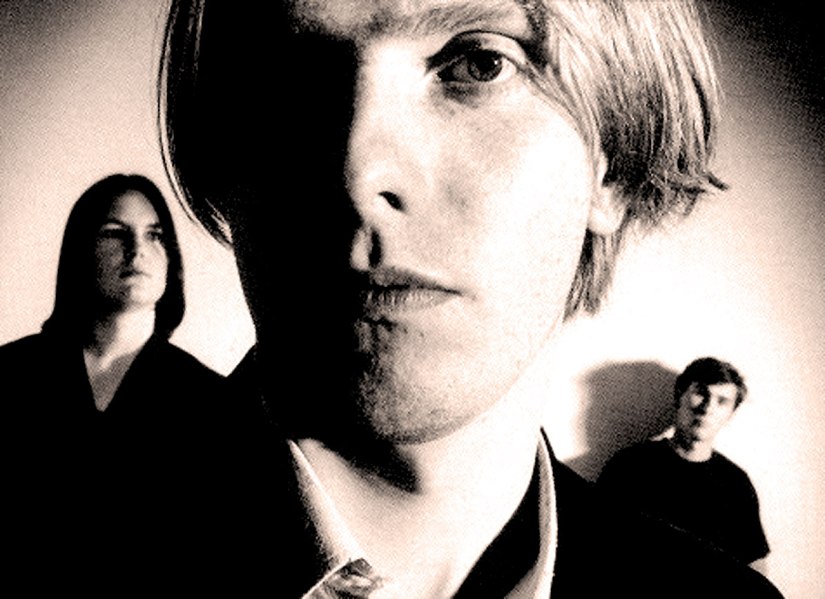 Lumped in with the Britpop lot on account of a lazy music press’s perceived meaning behind The Auteurs’ track American Guitars, Haines’ uncompromising nature and unhealthy obsession with rival bands keeps you reading. He feigns indifference but really, read between the lines and you can see that Haines craves success. He detests fellow Londoners and fellow ‘promising new act’ Suede in their relentless and Panzer-like march on the charts, taking the huff when they are seated centre-stage before winning the Mercury Prize and referring to Brett Anderson and his ‘bumboy androgyny that’s more Grange Hill than Bowie.’ Every other page is littered with such bitchy comments. It’s unpleasant, but boy, it’s a great read!

Obsessed with midweek chart placings, column inches and magazine covers, Haines realises he’s losing at a game that, much to his own disgust, he so desperately wants to win, but only on his own terms. Haines hates the music industry; from the leech-like managers and their draconian contracts to the hippies who run the record label, he barely has a good word to say about anyone. His own band can’t even escape his disdain. Old school friends and drummers are one and the same and they come and go once it’s apparent they’re not up to the task. Bass player Alice comes in for occasional sniffy criticism, despite being Haines’ girlfriend.

His seething vitriol is saved for the band’s ‘unique selling point’; the cello player. Throughout the book that unfortunate musician is only ever referred to as ‘The Cellist’. Haines despises *him/her and their perceived desperation for grabbing a slice of the fame pie – and at a time when no-mark, one-word acts like Powder, SMASH and Marion were making the most of their 15 seconds in the spotlight, you can almost sympathise with the poor string player, but yet we never learn their name.

At one point, Haines gleefully employs a second guitarist, an Adidas tracksuited cast-off from perennial bottom-of-the-billers Spitfire and he purrs at how much the cellist hates the oikish mockneyisms of the interloper. The cellist is unique to the sound of Haines’ band though, so they are an ever-present, much maligned presence for most of the book.

*(Don’t want to ruin the narrative, but he’s James Banbury, below)

And what of the ‘sound’? The Auteurs’ first album, New Wave, was nominated for the Mercury Prize. A heady swirl of posh-boy vocals, mournful cello and melodies from old Monkees records, it didn’t win and didn’t really benefit from any exposure following the Mercury nomination but taken on its own terms New Wave is a fine record. I’ve always liked Showgirl, a track that for some reason reminded me of a long-lost George Harrison single. There’s a great bit of dead air immediately after the first line is sung, put there by Haines purely to mess with radio play.

He’s a real snob, is Haines. He absolutely hates anywhere north of Watford. Actually, he has no time for anyone or anyplace anywhere. He’ll have you believe he’s so far ahead of the curve it’s next week already. When will the record-buying public realise? may well have been the subtitle to the book. Pretentious, portentous and prodigious in his own mind at least, Luke Haines has little time for anyone save himself. It’s a ridiculous way to carry yourself and perhaps goes some way to explaining Haines’ relatively short career as a chart-bothering artist. As far as music books go though, it’s up there with the very best. Read it or read it again.

Those Black Box Recorder and Baader Meinhoff records are really good. Totally at odds with what was fashionable at the time, they are in their own way ahead of the curve. Don’t tell Haines that though. A future post for sure.