How To Disappear Completely by Radiohead is a sensational track. It creeps up on you like a slow-crawling leak of treacle, oozing sticky melody, slowing down everything in its path. When it gets to you you’ll forget where you were driving to and what you’re going there for, forget what it was you were talking about before it came on. All your attention will be given over to the music; plaintif, shuffling acoustic guitars, a jarring, juddering string section, Barry Bond brass and a bass line that might’ve walked itself straight off the edges of an Astral Weeks session and onto the pages of Radiohead’s most accomplished track to date. That eerie wail that accompanies the end of every few bars makes it come across like a waltzing, minor key How Soon Is Now. It’s that long, that good, that important. 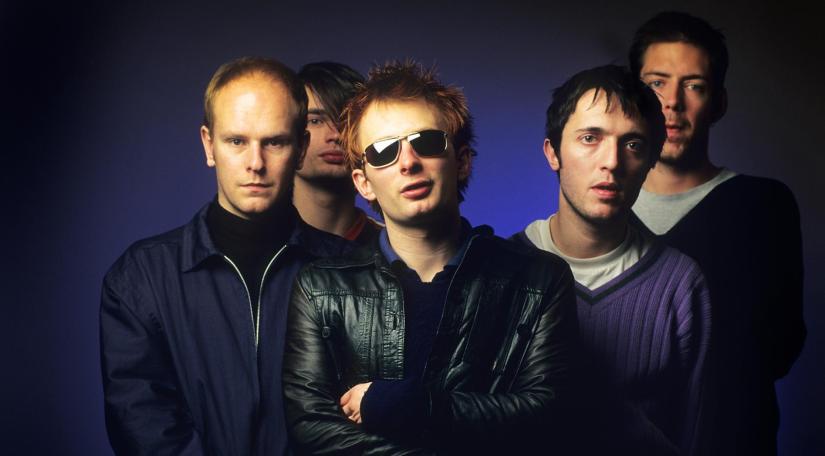 Radiohead – How To Disappear Completely

It must be said – it never hit me just as hard in the first place. Sequenced as the 4th track on 4th album Kid A, I first heard How To Disappear Completely on a play of the pre-release album from behind the counter of Our Price. Actually, I’m not entirely convinced that I heard it then at all. After the first couple of glitchy, twitchy, guitar-free tracks that heralded Radiohead’s brave new world of rhythm over melody, the album was ejected to great fanfare by our most vocal team member – “What the fuck is this shit?” etc etc –  and the CD found itself frisbeed to the back of the ‘Now Playing’ pile, never to be played again until I got to take it home on the day of release. From then on it was played, played and played again until the melodies, counter-melodies and subtleties had wormed their way into my head.

It’s a daring album, that’s for sure, Trout Mask Replica for Gen X even. The standout then, as now, was How To Disappear Completely. I suppose that’s because it sounds most like a song in the traditional sense – verse, chorus, refrains, etc – especially following the loud skronking free jazz that compromises most of the preceeding track, The National Anthem. Yet it’s far from traditional. I’d love to know how the song developed from genesis to finished article. I mean, how d’you go about writing a track as rich and complex as this?

That eerie repetitive sound mentioned earlier is played on an ondes Martenot, a primitive electronic instrument that pre-dates the theremin by a couple of decades. Johnny Greenwood turned to it after discovering French composer Olivier Messiaen. The string part was written after Johnny (again) had fallen in love with the music of “Poland’s greatest living composer” Krzysztof Penderecki. It’s a far cry from being influenced by Pixies and Radiohead, that’s for sure. In the hands of a lesser band, How To Disappear Completely would well have become an unlistenable, boring 6 minute dirge. It’s the unlikely influences in the sonic architecture that’s wrapped around the tune that allows the music to expand. It’s flotation tank-paced; mesmeric, woozy and other-worldly. And once Thom Yorke adds his vocals the whole thing soars.

“I’m not here….this isn’t happening….I float down the Liffey….in a little while I’ll be gone…”

You might well look on it as a metaphor for Radiohead’s status at the time of Kid A, with Yorke totally unimpressed by the trappings of stardom, the plethora of Radiohead-lite bands that followed in their wake and suffering from a mental breakdown as a result.

The album sessions were famous for inducing band paranoia. Captain Yorke instructed there’d be no drums on this track, no guitar parts on that one. He’d present completed tracks to the band for their approval where most of the group hadn’t played a note on them. Musicians’ egos are fragile at the best of times, but musicians who’ve just played on two of the defining albums of an era suddenly discovering they won’t feature much on their band’s new record must hurt a wee bit.

Where they did feature, they took their chances. Ed O Brien adds fantastic looped guitar riffs throughout How To Disappear Completely. And Phil Selway on drums makes the whole track sound cavernous. When the band emerge from the depths of that flotation tank, he’s there to carry it off and up into the mountains. Much must be made too of NIgel Godrich’s production. He allows the strings to swell in strange new ways before reigning them in. He gives the go ahead for the brass players to counter the strings in the final flourish. And it’s he who drops them all out at crucial points, giving the whole track the dynamic it deserves.

If you’ve never really listened to How To Disappear Completely, rectify that now. Listen. Really listen! It’ll amaze you.