Back in the mid 80s, the coastal town of Irvine, half an hour or so by train from Glasgow, was an incredibly fertile breeding ground of artistic creativity. No one knew this at the time – indeed if you’d suggested as much, there’s a good chance your observations might have been met with a swift kick to the nether regions. Irvine – Irvine no more, as The Proclaimers proclaimed – was, like many provincial towns not supposed to be churning out pop stars, literal thinkers and all-round media fodder. Nicola Sturgeon might’ve grown up in the town at the same time, but she was still finding her feet and perfecting her spins on the Magnum’s ice rink rather than in the debating chambers of Holyrood.

The Trash Can Sinatras were our unlikely star turn; a local band who came together through shared interests on a youth opportunities scheme and ended up with a record contract and pop success permanently within touching distance. All other local bands fell into two camps; those who were pleased for their fellow local band’s success, or those who bitchily moaned that they’d become too big for their boots. Which is nonsense of course. Any of those bands would’ve bitten your hand off for a similar chance. Just ask them.

Runners-up to the Trash Cans, and head of the pack of ‘nearly weres’ was The Big Gun. Pre-dating the Trash Cans by a couple of crucial years, they maintained identical Strummer via Edwyn Collins quiffs and played the sort of shambling, Buzzcockian indie pop that was very much of its time. There are still folk in anoraks with Sarah Records badges on the lapels that’ll cry themselves silly over Heard About Love, the band’s DIY 7″ release. Thrillingly, the mighty John Peel played it more than once on his show and briefly, but brightly, The Big Gun’s star shone before fizzing out like the outro on the b-side.

Although The Big Gun never made it, whatever ‘it’ is, a couple of the constituent members/hangers-on went on to make their own mark. Andy O’ Hagan became Andrew O’Hagan, respected author of such excellent reads as The Missing, contributor to all the weighty quality dailies and some-time Editor-In-Chief at the London Review Of Books.

John Niven (not actually of the band but very much a part of their circle) went on to play in 2nd division also-rans The Wishing Stones, wrecking (or “breaking in” as he called it) my pal’s borrowed Tele in the process, before moving to London Records as an A&R man (that Mike Flowers Pop’s version of Wonderwall was all his fault) and finally putting his experiences into print in the far-flung but entertaining Kill Your Friends. Niven continues to write, Irvine Welsh by way of Castlepark rather than Leith, and, along with the weighty library of books that constitutes his polar opposite O’Hagan, is well worth investing some time in.

Recently, and out of the blue, 2 ex Big Gunners have recorded and released an album. Dead Hope is the name of the band. Songs From The Second Floor is the name of the album. It features former Big Gun vocalist Keith Martin on drums alongside his longtime partner in musical crime Andy Crone who maintains his position on bass guitar. Vocals and guitar duties fall to Scott McLuskey, someone, given the insular nature of the local band old boys’ network, I suspect I’d recognise if I saw. Although Dead Hope is essentially a Glasgow band, their roots are in Irvine. There’s a thanks on the credits to Basil Pieroni, yet another key constituent of that fertile provincial scene who these days still does his twang thang with the rarely-spotted Butcher Boy.

Dead Hope. A none-more-punk name you’ll be unlikely to encounter this year. It’s No Future for folk who remember the past; a manifesto-driven ideology, an unacceptance of the state of the nation. There are no promo band shots in the traditional sense. The cover art in tandem with the band’s name says it all. To drive the point home, sledgehammer sure, the album title references the obscure Scandinavian film of the same name where the pointlessness and, aye, hopelessness of modern-day life is a constant theme. Coldplay this ain’t.

this is Dead Hope’s debut album, the leaflet inside says. we offer no comparable band names to divert or convince you what may or may not be true.

Dead Hope believe any society that promotes boris johnson to a position beyond that of admin. assistant is truly fucked. 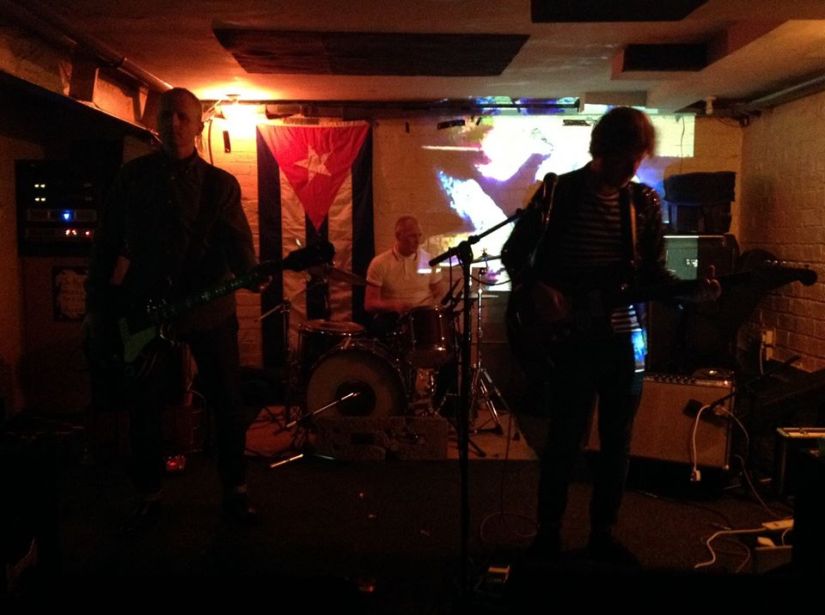 Setting their stall out in such terms, I came to the album with half an idea of how it might sound; angry, for one. And noisy. Gnarly bass. Abrasive guitars. Maybe a bit shouty. Maybe even a bit too shouty for my middle-aged and slightly gluey ears. But no…

It’s shouty yet sloganeering. It’s noisy yet melodic. It’s the breakneck speed of Husker Du by way of a street swaggering Cribs. Metallic sheets of Brillo Pad guitar are followed by choruses that your postman might choose to whistle as he completes his round. Despite that Cribs reference, bits of it sound like Man Made, the trio fronted by young Nile Marr who wilfully eschews anything that might pigeonhole him as his father’s son. There’s also buckets of Sonic Youth squall, bIG fLAME and Pop Group discordance and a mini dubby King Tubby outro towards the end.

All in all, it’s a pretty breathless and thrilling listen. I’d imagine played live it’d be even more vital and visceral. Sat alongside the movers, shakers and young pretenders of our time, it fairly holds its own. In fact, it teaches those young bucks a valuable lesson; bile over style and rage before age. In an era of right wing world politics and whatever horrors that might ultimately bring, we need more bands with the conviction of Dead Hope. 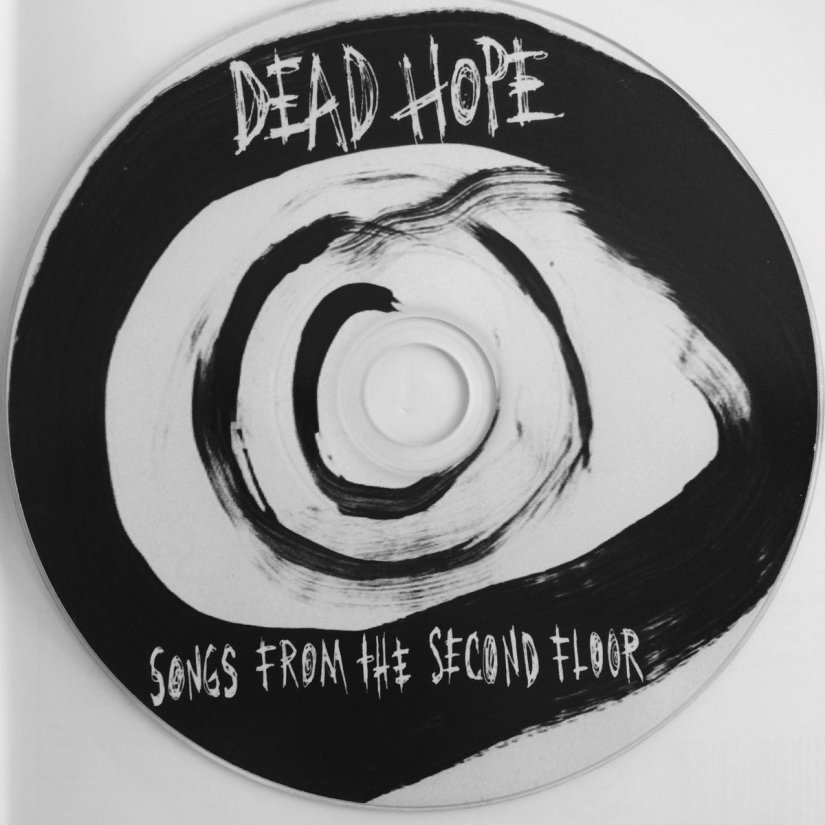