I found myself watching Out Of Sight a couple of weeks ago, the George Clooney/Jennifer Lopez bad guy/tough cop thriller. I hadn’t seen it in about 20 years since the time I rented the video from Azad at Irvine Cross and it was every bit as great as I remembered.

Clooney, playing a cultured career criminal (Jack Foley) intent on breaking out of jail, is in full-on classic Hollywood heartthrob role. When he’s not seen in prison uniform (and even then he wears his denim jacket with all the effortless cool of James Dean in a Harrington), he’s immaculately dressed up in sharp-fitting gabardine suits and impressively dressed down in knitted polos and panel shirts. His hair, superbly coiffed and conditioned – there’s nary a fleck of dandruff to be seen in its lasered parting – falls somewhere between Paul Newman and Paul Simonon. He’s suitably stubbly, deep of dimple and hairy of arm to weaken the knees of even the hardest of alpha males. Yeah, I can see why all the ladies love George. 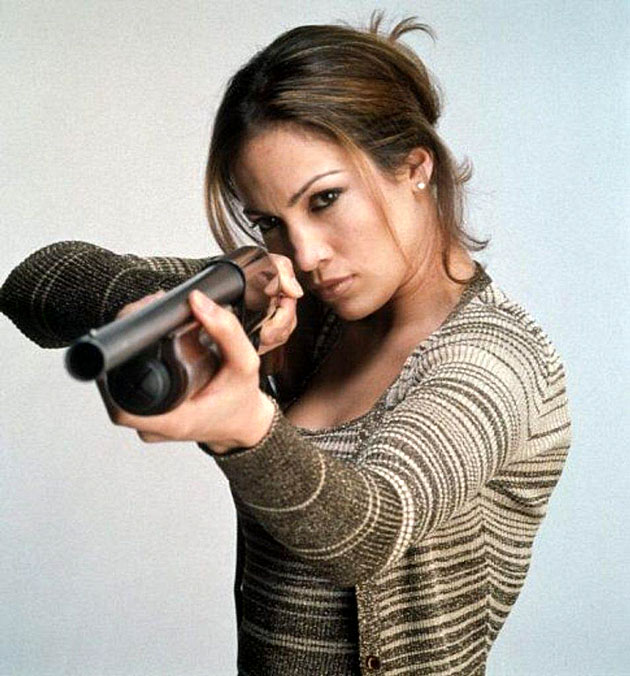 His counterpart Lopez (Karen Sisco) looks every bit as sensational. Still a couple of hard-chiselled years and a 60-minute makeover away from Jenny From The Block and the diva-ish demands that would make her perhaps dislikeable, she’s heart-stoppingly perfect. Her hair falls just-so across her jawline as she pulls her gun, her tight-fitting knee-length skirt splits up the side showing more than enough caramel thigh than is strictly necessary, but entirely acceptable.

As she holds her gun stance, her lips – no filler, all killer – open and curl slightly, Elvis style, to snarl at her target. “Freeze!” she shouts in cliché, “FBI!“, her soft and smoky Latina vowels wrapping themselves around your ears, her dark eyes pulling you magnetically towards her face. Yeah. (Sigh). Sen-say-shu-nal! 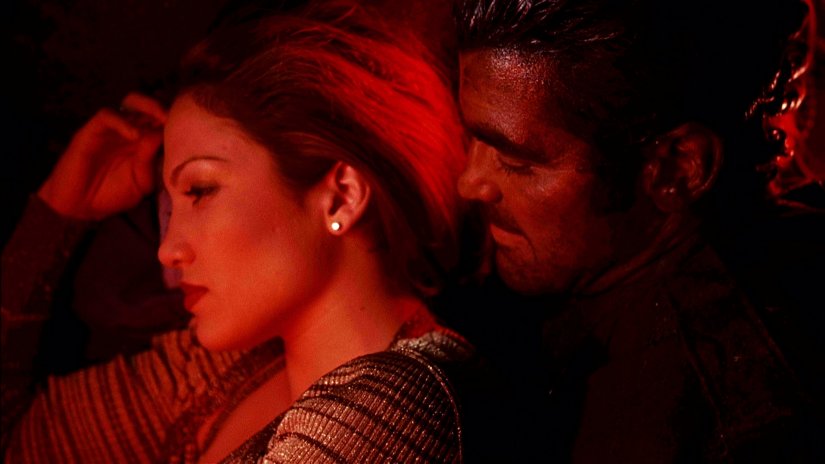 Naturally, Lopez and Clooney smoulder in their shared scenes. The scene at the start where they’re locked in the boot of a car, she determined to uphold the law, he determined to charm his way out, is a slow-burning, simmering pressure cooker of tension and release.

The scene where, hot on his tail with a condescending, mansplaining superior, Sisco spots Foley from the hotel lobby as his elevator door slides open and she raises her walkie-talkie then pauses, just long enough to lock eyes with Foley and warn him of what’s happening, is perfectly cut.

The bar-room scene, when the pair of them play out a first meeting, brush fingers against Cisco’s glass of bourbon and intently study one another is a whole Guy Fawkes’ Parliament of dynamite.

Foley: It’s something that just happens. It’s like seeing a person you never saw before – you could be passing on the street – you look at each other and for a few seconds, there’s a kind of recognition. Like you both know something. But then the next moment the person’s gone, and it’s too late to do anything about it, but you remember it because it was right there and you let it go, and you think, ‘What if I had stopped and said something?’ It might happen only a few times in your life.”

The sexual tension remains long after they’ve got out of there, Elmore Leonard’s hard boiled words making the leap from pulp to celluloid and leaving you in no two minds about what’s going to happen next. 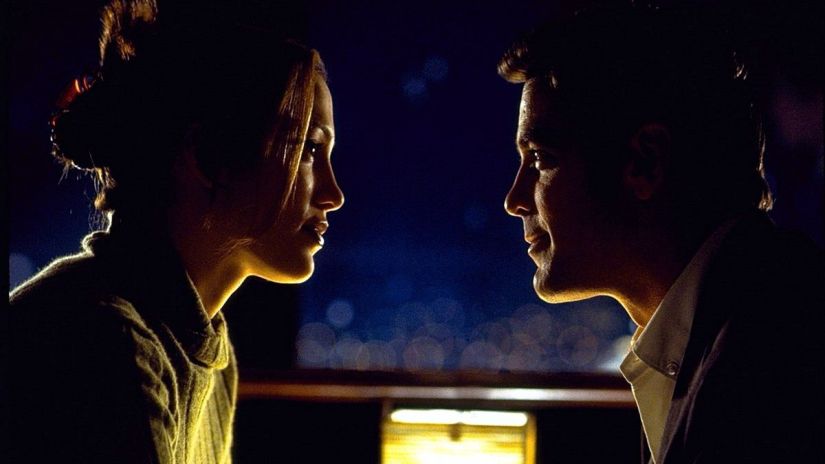 It’s all perfectly sound-tracked too. Director Stephen Soderbergh gave David Holmes the job of scoring his movie, and Holmes takes the brief and runs riot with it, drawing inspiration from the Tarantino soundtracks of the era by crate digging forgotten soul, jazz and bossanova beauties and sandwiching them between genre-perfect originals. The curling blue Gitanes-ed fingers of trip hop linger around the edges; pistol-cracking snare drums, Fender Rhodes playing off into the sunset, wah-wahs hinting at mischief to come, frantic bass runs and stabbing brass jarring the ears at unpredictable moments.

It’s all essential listening, with our without the beautiful visuals of Clooney and Lopez. If you have the CD, you’ll get all of this overlaid with spoken-word interludes from the movie. It’s a trip, as they used to say. If you watch one old movie this holiday period, make it Out Of Sight. If you can trap and bottle any of that sizzle coming from the screen, you’ll not need to use your boiler for the next fortnight. Try it.