In A Lonely Place first appeared on the b-side of New Order‘s debut release, Ceremony.

New Order  – In A Lonely Place 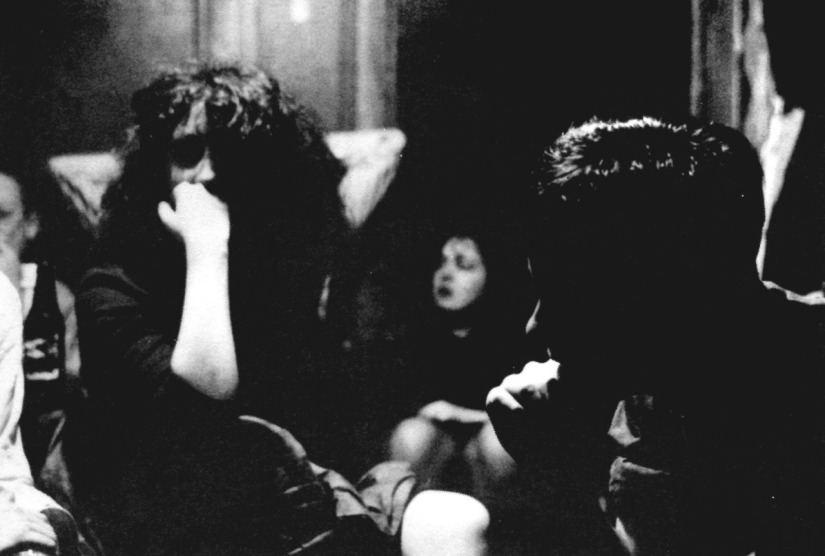 Unlike its flip side (a great introduction to a brand new band, but essentially (perhaps) Joy Divison’s Transmission given a fresh coat of paint), In A Lonely Place is a headswim of swirling, Hook-piloted bass and womb-like ambient atmospherics.

Continuing where he left off with Joy Division, Stephen Morris plays all manner of unexpected, inventive drum patterns; regimented and military-like in some places, free form and skittering in others, but always with a tectonic, glacial pace that might, when I stop to think about it, make him the lead instrument on the track.

Icy laters of synth coat the whole six and a half minutes in a sheen of glistening permafrost, with the warmth of a blown-in melodica and Morris’s cymbal splashes adding the requisite colour. 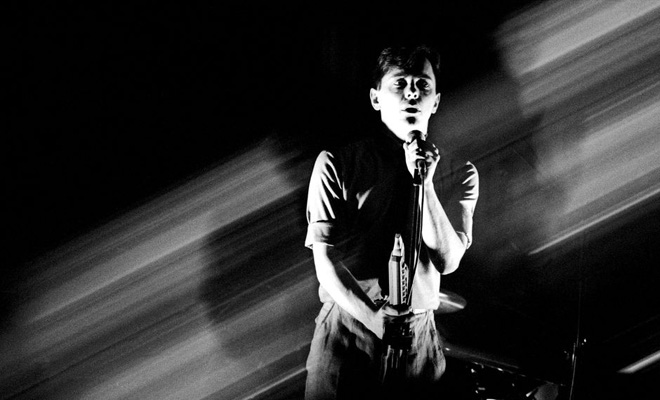 Turning the filters up from stark monochrome to an off-white sepia, a still-reluctant Sumner on vocals goes full-on Curtis, downbeat, downtrodden, down down down, grinding the gears of this New Order to a juddering, rumbling, fading halt. It’s bleak, it’s spacey, it’s elegant.

Written by Ian Curtis and rehearsed by Joy Division, In A Lonely Place could well be Curtis’s eulogy to himself. In reality though, the song takes its title and subject matter from an old noirish Humphrey Bogart movie. The plot has all the ingredients of a classic pot-boiler; a down-on-his-luck writer, a murdered actress, a hard-boiled, finger-pointing cop, and presciently, as the movie poster says, a surprise finish.

It’s a year since the passing of Andrew Weatherall, and to mark the anniversary, his brother Ian has joined with Duncan Gray under the moniker IWDG to record an elegiac tribute to him. They’ve taken New Order’s In A Lonely Place and updated it for the clued-in and open-minded amongst us.

More uptempo and lighter on its feet that the original, it is nonetheless respectful of the source. The melodica is still there, dubby and ethereal. The vocal, when it chooses to appear, is synth-like and robotic, its ‘how I wish you were here with me now‘ refrain taking on new meaning. And New Order’s imperial engine room, the star of the show on the original version, has been shunted sidewards, replaced and replicated by a couple of anonymous chrome and silver machines. It’s a really great version…

(It’s four really great versions, in reality.) Spread across the other three tracks you’ll find mixes by Weatherall associates David Holmes, Keith Tenniswood and the Hardway Bros. From the brief snippet you’ll find online, that Tenniswood one, all 17 downtempo minutes of it, sounds incredible. The EP is both reverential yet forward-thinking. I think you’d like it.

If Weatherall is your kinda thang, you might want to head over to Bagging Area where you’ll find Adam and his always-authoritative take on all things Andrew.

A digital release is out now, with a vinyl release to follow in June. You’ll find more details at Rotters Golf Club.