Courtney Love, the very epitome of trashed, home-sheared and mascara-smeared rock-star notoriously hung around the Liverpool scene of the early/mid 80s, a musician-loving, fame-hungry wannabe, desperate for success in any way. After Kurt Cobain took his life, Julian Cope famously took out a full-page ad in the NME to decry his wife’s influence on those around her.

“Free us from Nancy Spungen fixated heroin a-holes,” he said, “who cling to our greatest groups and suck out their brains.”

Eventually, after acting roles in the Alex Cox-produced Sid And Nancy (ironic, that, given Cope’s lambasting) and Straight to Hell movies and a short stint in the nascent Faith No More, Courtney found fame in her own right. With her band Hole, Courtney dragged the songs behind her in the way a tantrum-throwing toddler might hold onto a ragdoll. Foot atop monitor, she’d bawl and holler until hoarse, a defiant two-fingered statement that belied the baby-pink Mustang and lacy dress that might’ve hinted at the notion of submissive femininity. With lyrics addressing abuse, sexuality and chaotic living, her autobiographical songs were perfect for the misfits and misplaced in society.

Immediately left and right of her, her junkie-chic band of renegades and reprobates played a right royal lamalama of noise. Bruised, battered and bleeding, Hole songs were raw and unforgiving, brutal, relentless and very loud. Obvious really, given the reference points; the band had links to both Sympathy For The Record Industry and Sub Pop, Sonic Youth’s Kim Gordon produced their first album, and so on… 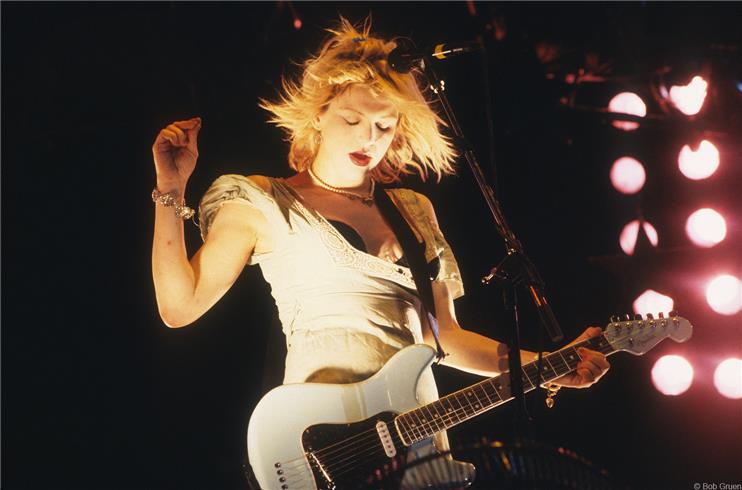 Occasionally, if she’d taken her kohl-darkened eye off the bawl, Love allowed a melody to escape into the ether. Below the rumble of bass and tumble of toms, the odd diamond might glint for those paying close attention and, by the time of third album Celebrity Skin, things had progressed musically to the point that the song became the equal of the performance. As a result, the album (steered by Smashing Pumpkins’ Billy Corgan in pseudo A&R role) is a big riffing, radio-shiny collection of alt. pop songs.

The album’s title track was the big lead-off single. Celebrity Skin flies in like a jumbo jet, a full force sonic rumination on the fickleness of fame. Love sneers ‘n snarls through the verses, elongates the ‘he-ey-eys and yeah-yeah-yeahs’ in the chorus and goes full-on Stevie Nicks in the acoustic-led middle eight. It’s a cracker. 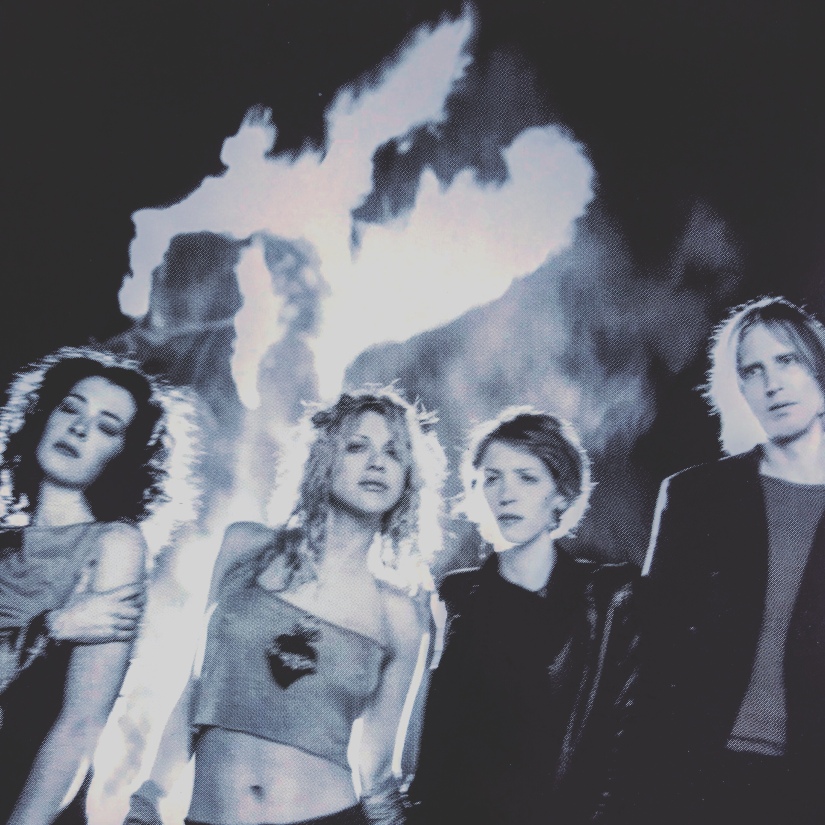 The Malibu single is more of the same. With a guitar and vocal that a different producer might’ve smoothed into country territory, Love provides the requisite snarl in all the right places. Choruses are big, harmonised and insistent in their earworm-like tendencies. I’ve never driven down the Pacific coast freeway in a convertible Chevvy, but when I do it’ll be this track and it’s counterpart above that soundtracks the occasion. 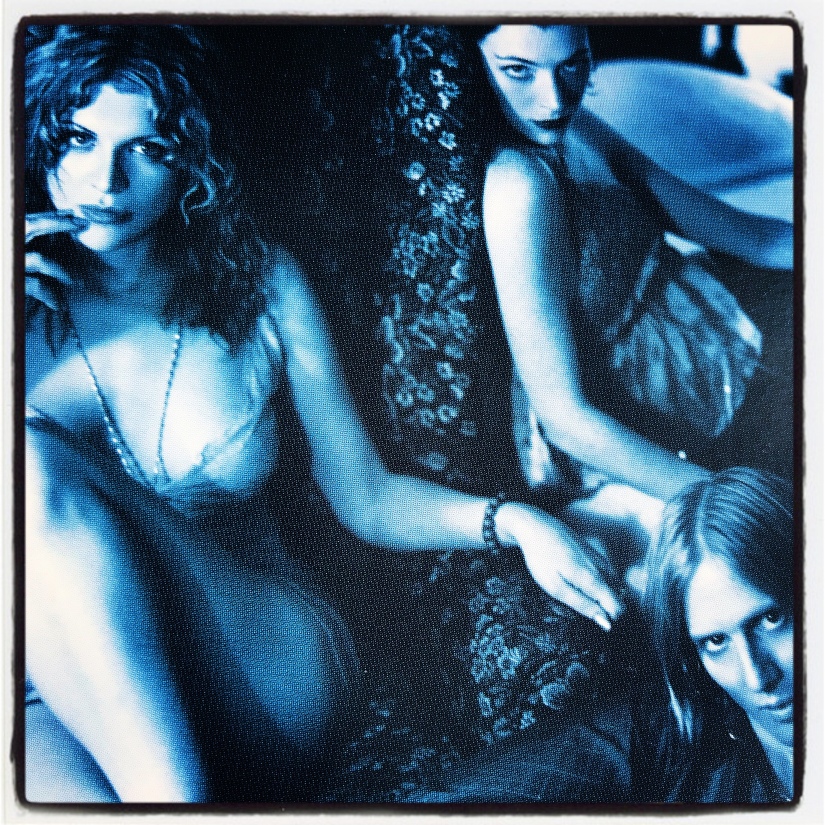 Worth a listen too is the band’s ragged take on Dylan’s It’s All Over Now, Baby Blue.

Coming in on the wrong verse, Love treats the master’s piece with little in the way of respect, but it vibrates and squeals in all the right places. More of a reworking than a faithful cover, it’s a whole lotta Love indeed.