Paul Donoghue is the Clash-obsessed bass player with Glasvegas. No stranger to a large tub of Brylcreem and seemingly always dressed from slicked-back bequiffed head to pointy-booted toe in none-more-black, he looks like a big drip of a Simonon-silhouetted oil slick, all monochrome mood and menace. Don’t be deceived by the image though. Get talking to him and you’ll quickly discover an eloquent speaker, one who loves music just as much as you or I.

I’ve liked Glasvegas since the first LP. The raybans, the hair, the pillaging of rock ‘n roll sound and vision. ‘My name is Geraldine and I’m your social worker’, ‘Your da’, he’s gone’, ‘No sweeping exits, no Hollywood endings’. It’s modern folk music for retro-looking music fans.

Of course,  Glasvegas kinda divide many people. “Derivative,” they say. “Nothing original“. It’s easy to play ‘name that tune’ with some of their records, their influences are wide and fairly obvious, but I think that familiarity is what makes them an enjoyable listen. The many people who like them might never have consciously listened to a Ronettes track or any random album from Creation Records back catalogue. Equally, the many people who like them could just as well own every album on the Creation label and the Phil Spector  Back To Mono box set. There’s nothing wrong with familiarity in music. Throbbing Gristle are unlistenable. With Glasvegas, the listener doesn’t have to try too hard. You know when the solo is going to come in on early rock ‘n roll records. You know when that third chord is going to appear on a Ramones track. You know when Iggy will grunt ‘n growl between Stooges lines. Likewise, you know exactly when James Allan will ad lib ‘yea-ah, yeah!’ between Glasvegas lines. You know that their records will sound like a big bucket of Phil Spector has been flung over them. It’s familiar and it’s good. And who can argue with three albums and umpteen pan-global tours sharing stages with some of the biggest bands on the planet?

A tremendous raconteur, Paul has a wealth of totally unpublishable tales featuring Noel ‘n Liam ‘n Ian McCulloch. You’d like him. Just back from a successful tour of America’s far-flung places and looking ahead to the summer festivals, Paul took time out to tell Plain Or Pan six of his favourite tracks. They might not be obvious influences, but all make sense if you are familiar with the music Paul plays. The first track, for instance, has a bass line that Paul could have written. Maybe he nicked it…

This is probably my favourite song, and has been for a while. I have loved Pulp for a long time. When I first started listening to music it was 1994 and Britpop was in full swing. Oasis were the best band in the world to me, as I’ll mention later, but Pulp were a band I liked, but didn’t listen to a lot. Looking back now, I think that Pulp have by far the best songs of that time. They tell stories of a side of Britain that not a lot of people talk about. A seedier, almost macabre side that lies beneath the stiff upper lip and suburban doors. This song is a great example of this, the lyrics telling a story of dressing up and the pitfalls that brings. At least, that’s what it says to me. Maybe that’s more a vision into my psyche than a view of the song!

This was the first song I ever learned to play on the bass. It’s a very simple bass line, but when I learned it, it made me realise that I could be a musician, that it wasn’t out of reach and for people who were maestros. I think Oasis did this for a lot of people who joined bands or picked up a guitar. When they first came out, they forced their way into almost everyone’s attention. I have friends who don’t listen to much music just now, but will always listen to Definitely Maybe and What’s The Story. This is a great testament to what this band meant to people.

I never listened to Leonard Cohen until about a year ago, but since then he has become one of my favourite artists. The poetry in his lyrics is amazing, and the variation of the different styles he has made songs in is astounding. Listening to songs like “Hallelujah” and “First, We Take Manhattan” are like listening to two different artists. This is one of the very few songs that have almost made me cry. Especially the line “we are ugly but we have the music”. Another great love song.

Another band that I love. I remember watching live at Wembley and being blown away by how much energy they put into their live show. For the first twenty minutes they didn’t stop, and worked the audience up into a frenzied state. This song is a departure from that. The lyrics are perfect for the song too, they are out there enough to make you believe this is madness. I love the line “the kettle is boiling over ; I think I’m a banana tree”. Genius.

This is a song that makes me very emotional every time I listen to it. Even before the great man died, every time I listened to it, it made me feel sad and happy at the same time. I also really connected to the lyric, “I thought I was someone else, someone good”, for reasons I won’t go into here. I think most people can relate that to their own life at some point. It’s such a simple song too, but to do that it takes true genius, like Lou Reed had in abundance.

When my wife and I decided to get married, one of the easiest things to organise was our first dance. We chose this song because it is one of the greatest love songs ever written. Bowie always impresses me with his lyrics, both the abstract and the objective. It tells you that if you love someone, then it makes the hard times that much easier. 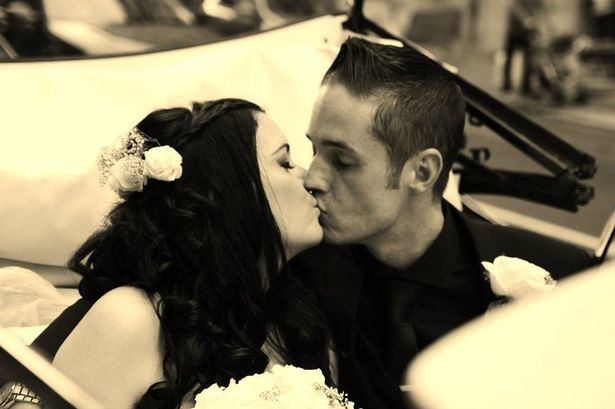 Just an observation, but the vocal ad libs at the end recall Lee Mavers’ ad libs as The La’s Looking Glass collapses in on itself and swirls frantically down the plughole.

No mention of Glasvegas is possible without referring to their best track, I’ve written about The Prettiest Girl On Saltcoats Beach before. Here’s a snippet:

It begins with gentle waves crashing on the shore. Clearly a sample from some long-forgotten sound effects album, cos if you’ve ever been on Saltcoats beach you’ll know that the waves don’t break gently on the sand.

There are 2 kinds of waves in Saltcoats: 1. The big ones you get when it’s the middle of winter, blowing a gale, snowing and freezing and the TV cameras are there. And 2. The splashback from the Arran ferry as it comes into dock in Ardrossan, just up the beach.

The band provide the drama as the track unfolds in melancholy fashion, all vibraphone, reverb, shimmer and twang. It reminds me a lot of those early Trashcan Sinatras b-sides (like ‘Skindiving‘ – go seek it out). It ebbs and flows like the tide on the Firth of Clyde, crashing to a fade once again with those lapping waves on the Saltcoats shore. ‘The Prettiest Girl On Saltcoats Beach’ is truly bathed in melodrama and pathos.

It makes Saltcoats sound like the most (cough) romantic place on Earth.

If you’ve ever been to Saltcoats during the Glasgow Fair Fortnight you’ll know what I’m talking about. Dressed head to toe in Rangers or Celtic regalia, they come down to our bit of the world armed with crappy-ringtoned mobiles and plastic footballs, to eat our ice cream and litter the beach with empty bottles of Buckfast. And that’s just the women. To be called the prettiest girl on Saltcoats beach is a bit of hollow praise. But Glasvegas must’ve been down on a good day.

‘The Prettiest Girl On Saltcoats Beach’ does for Glasvegas what ‘The Boys Of Summer’ does for Don Henley. It’s a Scottish love song of the highest order. Burns would’ve been proud. In fact, I’d say it’s right up there on a par with Morrissey’s best work. He’d do a great version of it. And that would be something, wouldn’t it?

And after that build up…if you’ve never heard it, here it is…