…said Neil Tennant a few years back. I don’t normally post new stuff very often (if at all – I can’t actually think of any track that’s made it onto this site that’s been less than a year old*) but I’m making a couple of exceptions tonight. 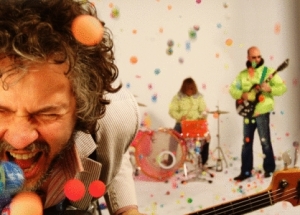 I feel the need to share two hot-off-the-press brand new tracks that have been tickling my fancy the past couple of days. First up, the Flaming Lips. The mid-west psychedelic pioneers have an album out on 13th October and this track has been promoed to radio. Silver Trembling Hands sounds as good as it sounds. Wonky, weird and wonderful. And the best use of computerised falsetto since Prince was last any good. 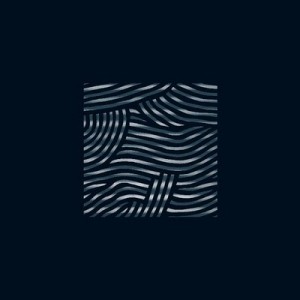 Next, old twitchy eye himself Thom Yorke. He’s just put out Feeling Pulled Apart By Horses and it too sounds as good as it sounds. Out on 12″ only, you can buy it via Radiohead’s W.A.S.T.E. website. Or (wink wink) you can get it here. A quick word before we talk about the music. See that sleeve? If you squint, I swear it looks like the cover to Joy Division’s Unknown Pleasures. If Carlsberg did remixes of album covers…

In Rainbow‘s Reckoner was apparently constructed from the best bits of the track. The cynical Radiohead-hating numbskulls among you might be thinking that there are no best bits on a low-key Thom Yorke release, but that’s where you’d be wrong. It sounds exactly the same as the cut ‘n paste nerdy laptop techno that has watermarked most of Radiohead’s releases this decade. It bangs and crashes in all the right places, Thom spits cryptical nonsense over the top (“insect bites, machine gun cameras“) and the bassline is funkier than Bootsy Collins’ platform boots. If its verse/chorus/verse/chorus/bridge/chorus/end you’re looking for, you’ll not find it here. If it’s brainiac ambient soundscapes that penetrate your brain while you spreadsheet, jog or wash the dishes, step right in….

Wouldn’t it be great if the Flaming Lips covered Radiohead? Oh look – they already have! Here‘s their version of Knives Out. Warning –  all trace of the original’s quasi Queen Is Dead-era chiming electric guitar has vanished and been replaced instead with a Flaming Lip who hammers away at a piano with all the finesse of a one-armed arthritic Neil Young on jellies. S’good!

*oh aye. I did put an MGMT track up once. Before it had even been released. On. The. Ball.