Flush him down the toilet like the big wobbly blob of right wing crud that he is. 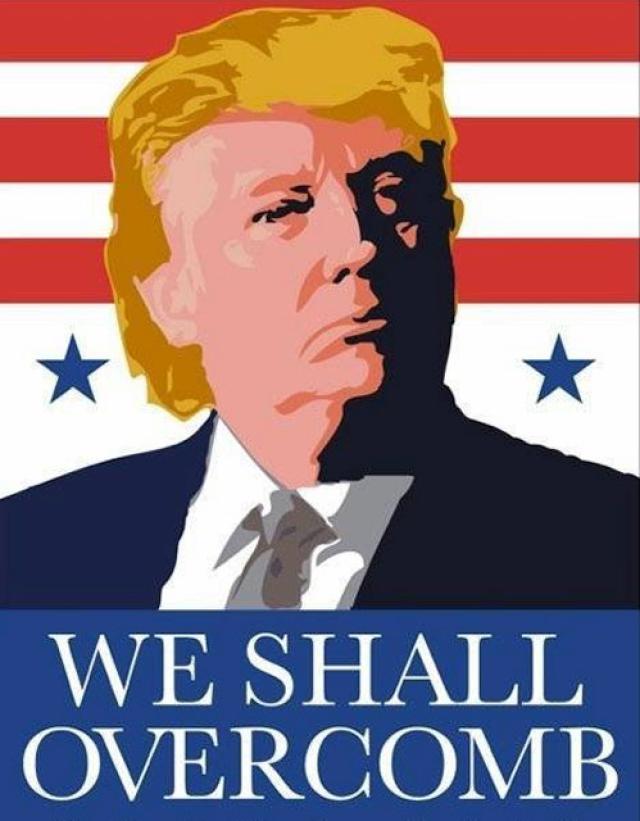 And here’s Hilary (only one ‘L’ compared to Clinton’s double) from The Fall‘s excellent (last great?) LP, Extricate.

Busy week this week, with 2 midweek trips to Glasgow to see those hermits of melodic indie pop Trashcan Sinatras, tomorrow at the BBC Quay Sessions (it’s nice to have friends in high places, tickets being scarcer than a Trashcans’ hit single) and then Thursday night at Oran Mor, which will involve a mad sprint to the West End following parents’ night at work. It’ll be touch and go whether or not we make it on time, even though those self-same friends have promised me a chord won’t be struck until I’m in the building. With the added bonus of sudden and unexpected heavy snow tonight, this could make Oran Mor a far later night than many would like.

Until then, don’t let us down, American friends.

(Back to the normal, rambling, in-depth, musically-focused stuff next week.)