The poet laureate of rock ‘n’ roll…the voice of the promise of the ’60s counterculture…the guy who forced folk into bed with rock, who donned makeup in the ’70s and disappeared into a haze of substance abuse…who emerged to find Jesus…who was written off as a has-been by the end of the ’80s and who suddenly shifted gears and released some of the strongest music of his career beginning in the late ’90s… Ladies and gentlemen, please welcome Columbia recording artist Bob! Dylan!

These are the frenz-inducing spoken words of Dylan’s stage manager Al Santos, mic’d up and out of sight, that signify Bob’s imminent arrival on stage. They’ve been spoken for the last twenty years on the never-ending tour and will no doubt continue again, just as soon as live events become a thing once more. The words came lock, stock and barrel from a review by reporter Jeff Miers in the Buffalo News, a review that so resonated with Bob that it immediately became his adopted clarion call.

Hear these words and as sure as night follows day, ol’ Bob will come rattlin’ and rollin’ out of the traps with a lively opener. It might be a crowd pleaser – Maggie’s Farm was a favourite for a while, it might be a deliberately obtuse audience wrong-footer, or it might even be a country-punk take on an old God-fearin’ standard. No matter the first song though – it’s all about giving the sound desk one last chance at mixing to the room – it signifies the beginning of a set that, much like its creator, will be long and winding with diamonds and pearls and the odd miss-firing clunker along the way.

Bob Dylan has always been there. He was there when I first started noticing these things called ‘records’, my dad’s copy (now mine) of Bringing It All Back Home sticking out between the Trini Lopez and Buddy Holly albums, the cover alluring and just beyond the comprehension of my young years. My mum worked at Irvine Library and came in one night with a video of Don’t Look Back, the on-the-road documentary of Dylan’s 1965 tour of Britain. It more than resonated – some of the songs on my dad’s record were in the film – and as I watched and rewatched, I was wholly sucked into the world of Bob. It was the hair and the permashades, the houndstooth and polka dots, the Beatle boots and the stripey trousers that did it – a popstar as outlandish as Adam Ant but with an impenetrable depth and downright rudeness that set him apart from any popstar I’d ever taken a shine to. 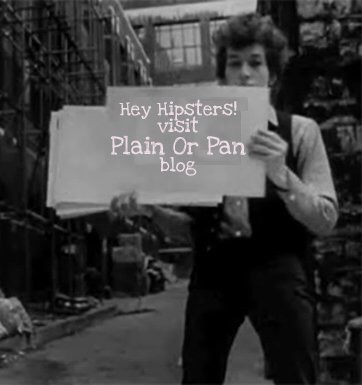 In the film, Dylan sped from venue to venue being confrontational and contrary, aloof and arrogant, sneering and sarcastic…unlikeable in lots of ways, although he could be wickedly funny at someone else’s expense, (and that’s always something that anyone who tries to fit in with the gang will lap up) but then the film would cut to him singing She Belongs To Me or It’s Alright Ma (I’m Only Bleeding) and he’d be instantly forgiven, his voice; the annun-ci-a-tion,the phhhhrasssing, the barely whispered quiet parts to the rasping roof raisers delivering the songs with an intimacy I’d never heard before…and still haven’t heard since.

I went through a particularly heavy Bob phase in the mid ’90s. I’d marvel, (I still do), standing at that same spot on St Vincent St in Glasgow, just outside what is currently the Counting House pub, where, in 1966, Bob and The Band stood shoulder to shoulder with a crowd of locals watching a pipe band march past. The Americans are easy to spot; eyes hidden by shades and hair like free-growing birds’ nests while their pasty-faced Glaswegian counterparts still sport the slicked back Brylcreem ‘do of their youth.  “See the guy in the middle, twirling the thing! Do they do that in the middle o’ winter?‘ asks Bob of the swinging kilts off camera. Jump ahead to 3.17 and you’ll find it.

The back catalogue, the good, the bad and the ugly of it, would spin for days, weeks and months on end. By the turn of the decade, I had a mini disc player loaded up with hours and hours of Bob and it would shuffle endlessly, leaping from Woody Guthrie folk blues and raggle-taggle gypsy ballads to Mick Ronson-riffing alternate versions and bootleg recordings of Bob around the world.

By the turn of the next decade I’d seen Bob more than a handful of times, always the same, always different, from through the drizzle at Stirling Castle as my pal pointed out, ‘that’s Bob Dylan playing Mr Tambourine Man up there,’ and the bleachers in the SECC where a spiritual, transcendental Boots Of Spanish Leather fought its way to the ears across the draughty divide, to the intimacy of the Barrowlands the very next night, not only my favourite Bob show but one that’s acknowledged as one of his very best, close enough to see him smile as his audience wrestled with Girl Of The North Country and Just Like A Woman, close enough to watch the drips of sweat fall from the brim of his hat and onto his keys as he punched out a jerky but faithful version of Ballad Of A Thin Man, close enough to witness a rare bout of audience interaction at the very end of Like A Rolling Stone. There’s something happening here indeed, etc etc. 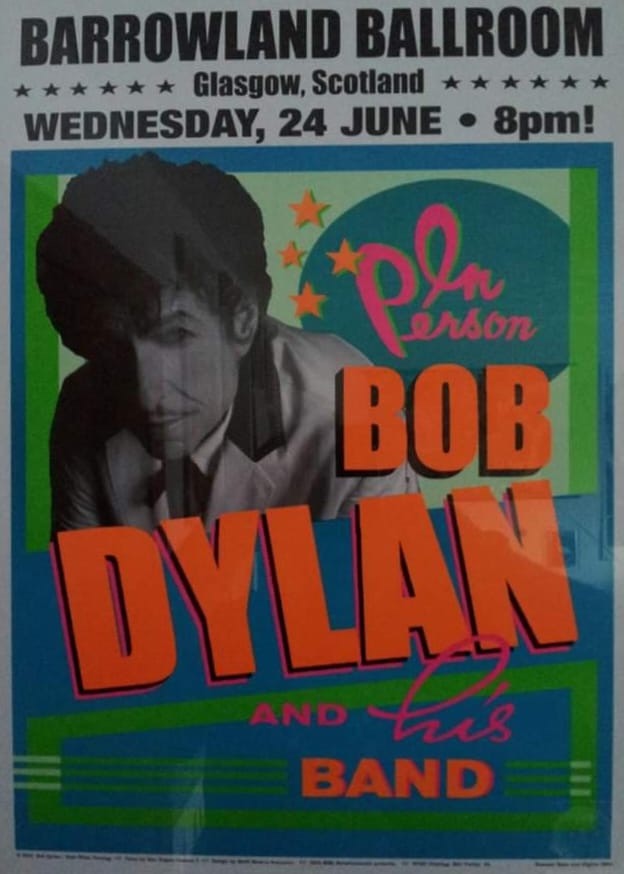 Somewhere in time, as my Bob fascination became a quiet obsession, Dylan turned the ripe old age of 60. Sixty! Man! I remember thinking, “That’s ancient!” That I’m currently eight and a half years from 60 myself is both shocking and sobering. And it’s got me thinking, why haven’t I created a Blonde On Blonde-type masterpiece? When do I get my Jesus phase? Will I ever near-kill myself on a motorbike? Who will call me Judas and boo me when I turn up at my place of work? Will anyone rake my bins for evidence of the life I supposedly lead? At what point do I embark on my own never-ending tour? And now, ol’ Bob Dylan is 80. Eighty! And I’m thinking, where are the book deals, the Nobel Prizes, the honorary rectorships, the Oscars? He’s packed an awful lot into those first eight decades of life.

The numbskulls will point out that he can’t sing (wrong!), that his songs are unrecognisable in concert (wrong again!), or that ‘Bob Dylan? Is he not dead?’ (wrong! wrong! wrong!) but those that know, know. He’s one of the greatest and will be forever. Here’s to the next eighty years.