One Artist stands head and shoulders above all others when it comes to internet presence…or lack of. Ironic really, considering he wasn’t much taller then the height of nonsense. Yet He Who Cannot Be Named held such sway over his music appearing online that websites could (and did) disappear overnight at the mere mention of his name therein. Heaven help you if you dared feature any actual music. His army of internet police swiftly and efficiently erased all trace of free music relating to their master even quicker and slicker than their boss was able to rattle off one of his insanely flash guitar riffs. Even the use of purple font, they say, was considered a risky business. 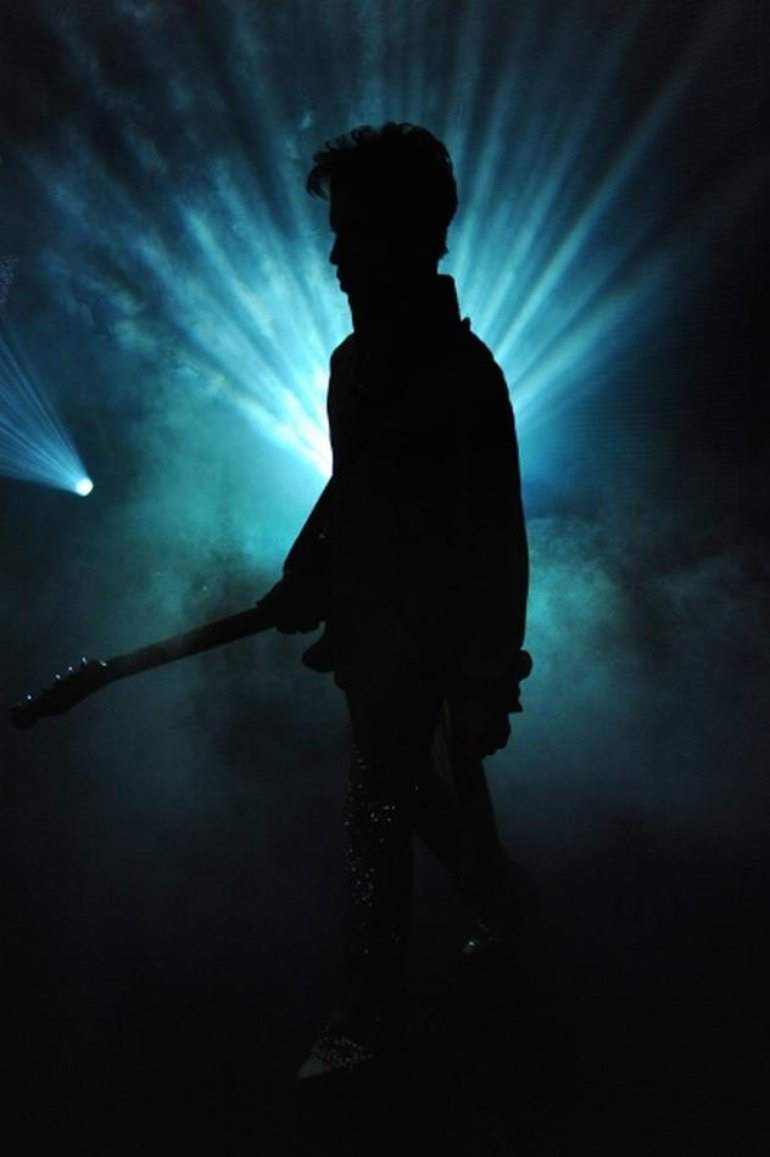 I write all this in the past tense as since the artists’s death, the ‘net has seen a subtle relaxation and/or bending of the rules when it comes to him. You’d still be a fool to put any old mp3 up for grabs, and wobetide you if you’ve considered YouTubing shaky mobile footage of the maestro at work on a stage gone by. As the ancient proverb goes, never, ever try to steal from a man who dances in kitten heels. There seems to be an unspoken agreement though that we writers can now write about him without fear of reprisal. So here goes.

If I Was Your Girlfriend is the artist in question in microcosm. Produced, Composed, Arranged and Performed by it says on the sleeve notes of Sign O’ The Times, the single’s parent album. It’s a monumental album in every way; a double, for starters, it takes in funk, soul, rock, rap, jazz, blues and gospel, genre hopping with effervescent fizz like a hyperactive child who’s overdosed on sugar. It also sounds as fresh today as the day in 1987 when it was born. 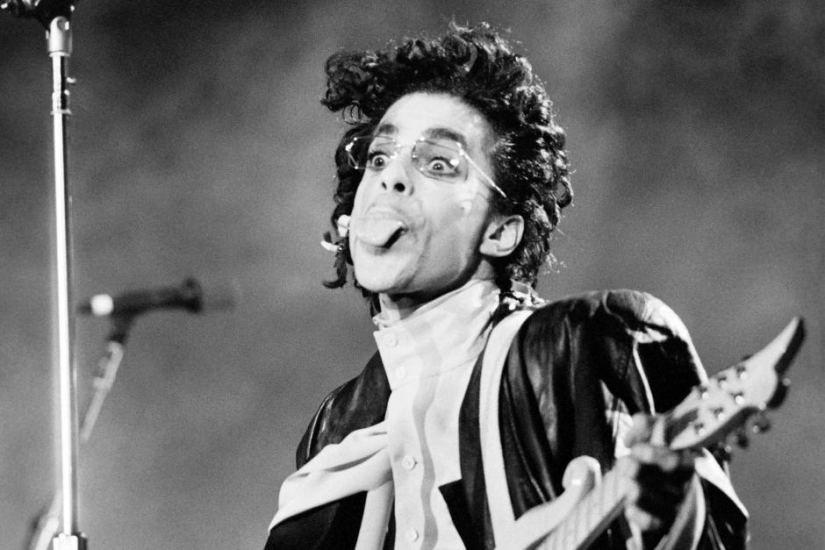 Almost everything is played by just the one musician. The skeletal shards of white-hot house on Housequake are played and sung only by him. The pseudo-psychedelia of Starfish & Coffee is created only by him. If I Was Your Girlfriend, with its metronomic yet strange rhythmic beat and on-the-four computerised thunderclap was built up from scratch by one person. Add a sparse keyboard signature riff, a gloop of slap bass and a collage of backing vocals featuring multilayers of the one voice sped up and slowed down and you’re in the presence of greatness. Stick a risque and pervy lyric on top, of the sort that no-one else would get away with, and you have yourself a weird ‘n wonky pop classic. The way the vocals weave in and out is magic. He harmonises with himself, deep and gritty one moment, falsetto flash the next. Just as you’ve pegged him for a god-fearin’, tear-soaked and on his knees James Brown, he goes all spoken word, like a pervier and more grooved-up Gainsbourg, if that is at all possible.

He Who Cannot Be Named – If I Was Your Girlfriend 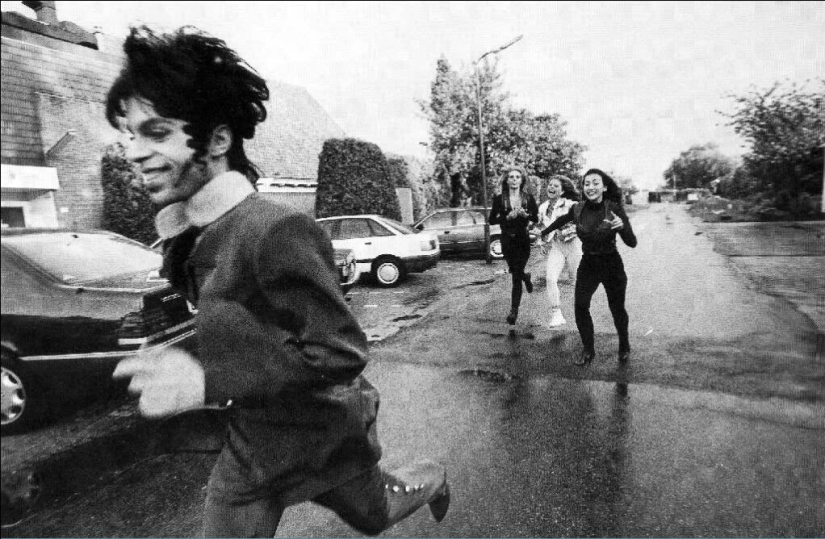 Like all great artists, his best work could often be found tucked away on the b-sides. He may have been considered an ‘album artist’, easy to see why with a golden run stretching from 82’s ‘1999‘ to 87’s ‘Sign O’ The Times‘ and many of his other 39 (39!!!) studio albums unarguably solid gold, stone cold classics, but the multitude of singles and remixes that spat forth with every release contained their fair share of underheard greatness. Shockadelica was a left-over from the Camille phase, an alter-ego project that never really got going. The music was too good to waste though, and much of it ended up on other releases, such as the b-side of If I Was Your Girlfriend. This is classic He Who Cannot Be Named Music – call-and-response vocals, computerised on-the-one rhythms, casually tossed-off squealy guitar solos, underpinned by a 7th add 9 chord, the chord that colours any music the colour of funk.

He Who Cannot Be Named – Shockadelica 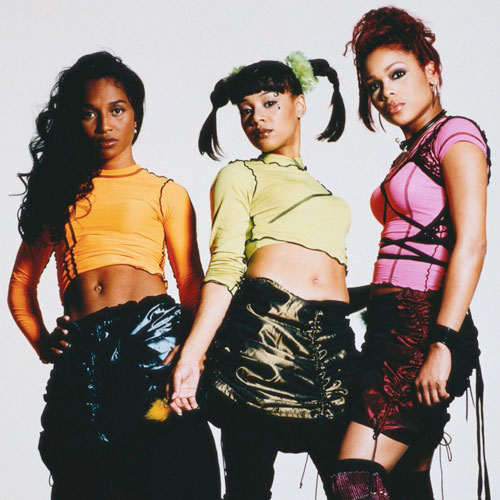 Early 90s girl group TLC made a decent stab at covering If I Was Your Girlfriend, the original providing the blueprint for the trio’s sassy but rough round the edges r’n’b. They even have a go at some of the spoken word section, although no doubt in order to appeal to their legions of teenage fans, they’ve left out some of the saucier words.

TLC –  If I Was Your Girlfriend

And here’s Creep, one of their biggest hits. This actually sounds like a track that He Who Cannot Be Named might’ve been inclined to record himself; horn samples, synthetic rhythms, multilayered vocals with falsettos aplenty, hooks galore….s’a cracker!

Shhhhhh! Listen! That sound you can hear is the sound of a million Radiohead fans tapping furiously on their iMac 4G Powerbooks as they vent their spleen on the umpteen thousand Thom Yorke Is God fansites that litter every corner of cyberspace. 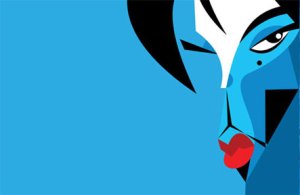 Prince is a bit creepy. Everyone knows that. But by far the biggest highlight of the recent Coachella festival seems to have been him doing a straight ahead cover of Radiohead‘s ‘Creep‘. It’s true! It’s also very good. Fairly faithful to the original, Prince manages to be both Thom Yorke with added soul and those wee yelps that he’s fond of doing and Jonny Greenwood with the kerrunk-kerrunk guitar before the chorus. His vocals get the full on Purple Rain-era treatment – slight delay, lots of reverb, the exteeeeeeeeendeeeed outro, and I actually think Prince makes this track his own. The audio is taken from this mobile phone video that YouTube won’t show. But it’s reasonably good quality. Worth the download. Click on the video link and you can download the video from there. 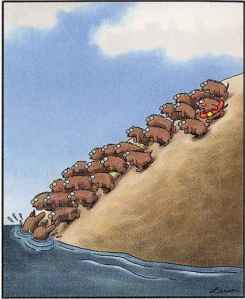 Spot the one that quite likes Prince’s version.