It’s 1987 in San Francisco. Or maybe L.A. Bono, atop a building, perhaps a hotel, it doesn’t really matter, his arms outstretched in messianic fashion, has just informed the crowd of unwitting gatherers below that “Rock ‘n roll stops the traffic!” If I was on my morning commute, I’d be mightily pissed off at this uncalled-for inconvenience. The traffic is indeed stopped. Lights change from red to green and back again, but the procession of buses, cabs and sedans is gridlocked. A huge crowd swells, folk in suits and ties, briefcase-carrying urban professionals, crane their necks and squint in the morning sunshine at the spectacle above them. “OK Hedge, play the blues!”

The Hedge, so-named because of that thick thatch of collar-baiting pony-tailed hair, thinning rapidly on top but hidden underneath a carefully perched cowboy hat rattles off one of his trademark ticka-ticka-ticka-ticka guitar riffs, and the most unbluesy guitar solo ever echoes out across California. “All you need is three chords and the truth!” spouts Bono, who by this time is halfway up a water tower and totally unaware of the long arm of the mirror-shaded law lurking behind Larry Mullen Jnr’s drum kit. It’s U2’s Saville Row moment, just one more example of them (literally) elevating themselves into rock’s lofty position as premier league players. The nitwits that they had just become.

I don’t know about the truth, but all you need is indeed just three chords. You don’t need me to tell you that. The foundations of rock ‘n roll were formed on such base ideals. Silly old Bono dressed the fact up in grandiose, wankery fashion. Punk bible, Sniffin’ Glue said it best;

Many a band was formed with the guitarist having an arsenal of two chords, with that tricky third still in production.

King of the Swingers

Eddie Cochran was there at rock ‘n roll’s birth. If Ike Turner was pushing and grunting for all he was worth, Eddie was there at the end of the bed, holding the towels and hot water. Or more likely, he was fighting off Little Richard for mirror space as he greased his hair into that spectacular D.A. of his.

Eddie only knew three chords. “There are three steps to heaven,” he sang.

Actually, Eddie knew far more than just three chords. A quick listen to a couple of his records will tell you that. But he was an economical guitar player, never frilly, never flashy. He played what his songs demanded. A minor chord here perhaps, a 7th there, all rhythmically skirling toe-tappers. And his songs sound more honest, more soulful than the entire output of Bono and his rooftop singers. 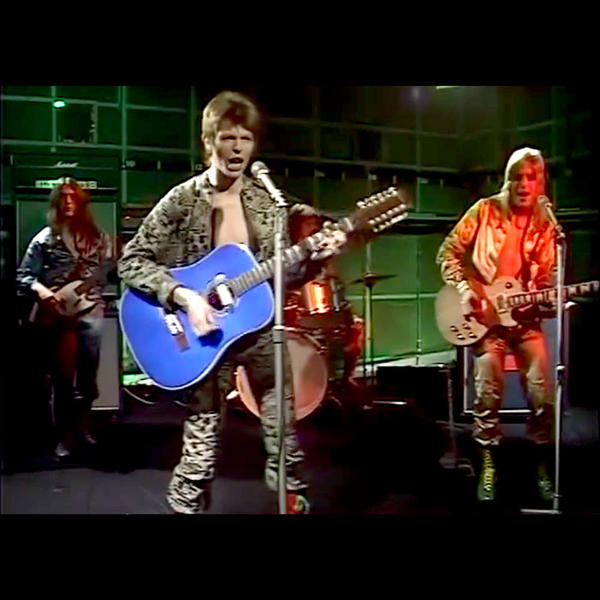 When David Bowie ditched the theatrics, the miming and the long, long hair on the road to Ziggy‘s straight-ahead guitar boogie, the spirit of Eddie Cochran loomed large.

Queen Bitch from Hunky Dory is Three Steps To Heaven in a funky jump suit with added sneer and a good dollop of Les Paul courtesy of Mick Ronson. Listen carefully. The moaning and groaning you hear in the background is the sound of Ziggy being conceived. 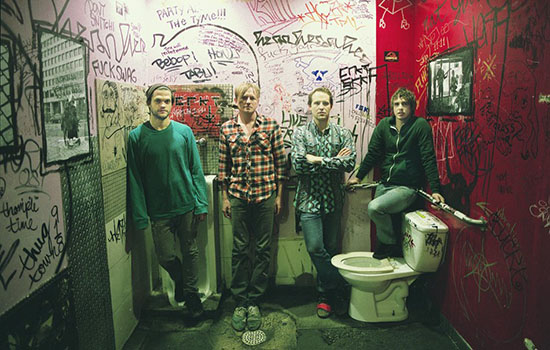 “We’ve played some right toilets in our time…”

New (wave) kids on the block Broncho know a thing or two about the simplicity of the three chord song. Their own What sounds like a glammed-up mix of Queen Bitch and Lou Reed’s Vicious, as sung by Marc Bolan. And there ain’t nothin’ wrong with that;

Taken from their Just Enough Hip To Be A Woman LP, it’s an album that escaped my attention earlier last year, but one that could do with further investigation.