According to some so-far-unconfirmed sources, Richard Hawley, in his National Health milk bottle thick Gregory Pecks and greasy collpased 1950s quiff has Sleepwalk by Brooklyn brothers Santo & Johnny Farina playing on a constant loop inside his head, and, when stuck for inspiration, reaches out and grabs whatever twangy part happens to float past and recycles it under his own name. Cleverly, he also adds his own bottom of the bottle of whisky vocals to it, but disregard them if you can and it all becomes clear.

Nothing evokes that fuzzy, fuggy end of the prom waltz into the wee small hours quite like Sleepwalk. A shuffling, twanging instantly recognisable piece of late 50s melancholia, it’s got the minor key melodrama down to a tee; The slide guitars streeeeeeeeeeetch off out into the ether. The steel guitars weep like jilted boyfriends who’ve just come off second best in the game of love to the star quarterback. There’s a tiny bit of stand-up slapback bass underpinning the soft-shoe shuffle of the brushed drums and really, that’s about it. Two brothers. Two jobbing sessioneers. Four instruments. No overdubs. Recorded at the famous Trinity Sound studios in New York for $35 during Bing Crosby’s lunch break. Quite possibly.

It’s since become something of a graduation piece for budding bedroom guitarists the world over. Master some chords (3 majors and a minor should do) then move onto the tricky pickin’. Sleepwalk is perfect for this, as is borne out by the number of early 60s (and beyond) cover versions by nascent young whippersnappers eager to show off their chops. The Shadows and The Ventures, between them the finest purveyors of the guitar instrumental (with apologies to Dick Dale) both released versions early into their recording careers. Chet Atkins fancy-panted his up somewhat with some jazzy-inflected country licks and none-more-50s rasping saxophone. Jeff Beck’s version is a soulful, we’re-not-worthy bow-down to the original, and even I have been known to dust off the old Telecaster, fire up the Orange amp and crank out my fat-fingered approximation of the tune. King of them all though is Brian Setzer’s respectful yet mental Grammy winning version. A man who out-Hawleys the Hawley and clearly spends even more time than the Sheffield Shinatra dreaming about the good old days of pre-TV households and cars as wide as they were long, his version knocks all others for six. Here’s how to do it: 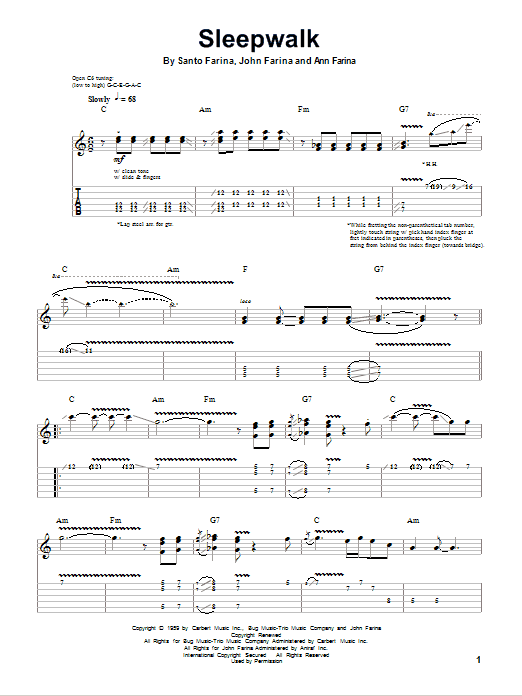