Back in the mid 70s I was kept awake by the sound of the machinery that was thumping and bumping together the bypass that, 40 years later, continues to act as an artery between north and south Ayrshire. Despite my shut windows and curtains, I could hear the rumbles of heavy plant, as loud as it might have been had they been digging up our front garden and, if I lifted my head from the pillow, I could see between the gaps and swirls in the curtains a faint orange glow from half a mile in the distance, on the other side of the River Annick, beyond the field where the helicopter would land in a couple of years time in its vain search for the still-missing Sandy Davidson. They were building something  – a new road, my Dad had told me – and it was keeping me awake. The work seemed to last forever and, given the pace of work wherever roadworks and the likes are concerned, it probably did, but I can also remember hearing the distant whoosh of traffic afterwards, when the road was complete and commuters went about their business in a faster and straighter fashion than before. We lived on the outskirts of the town. The sound of speeding traffic was a new thing, but you got used to it fairly quickly. 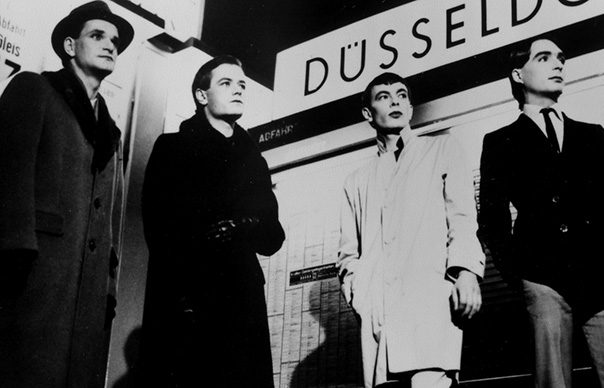 At the same time, somewhere beyond Ayrshire, far beyond the musical and literal backwaters of the UK, a brave new world was opening up. In West Germany’s Dusseldorf, Kraftwerk was barely 4 years old yet they were pioneering the sort of music that would influence a whole raft of acts in the way The Beatles had a decade previously. Embracing the future with Minimoogs, ARP synths and home-made electronic drums, they set about reconstructing their sound. Their fourth album, 1974’s Autobahn, album was the result. A five track LP that featured the 22 minute title track on the entirety of the first side, it was quite unlike anything that had come before it. Listening to it currently, you can hear where Bowie nicked ideas for the second side of Low. You can ‘feel’ the embryonic glow of Joy Division’s glacial isolation. And you can begin to appreciate the unique importance of it.

Autobahn, the title track, is terrific; futuristic and ground-breaking and happy and sad all at once. Opening with the clunk of a closing door, a revving engine and a parping keyboard, its modus operandi is to replicate the monotony of a long car journey on the motorway. 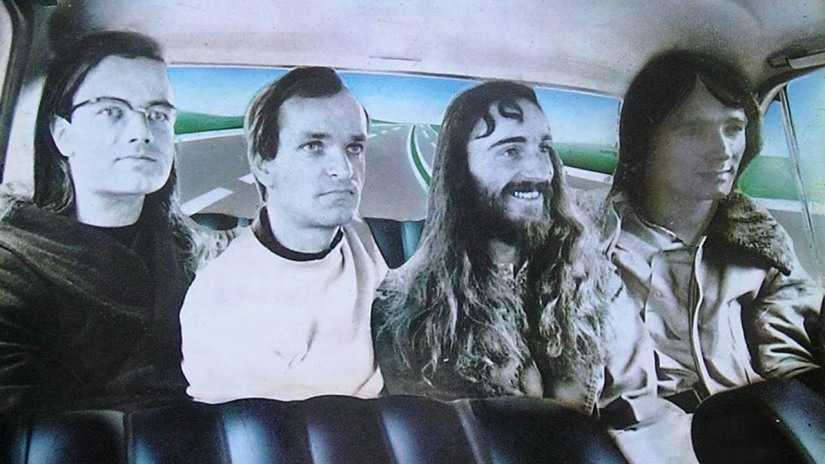 Elastic bass vies with vocodered vocal. Fahren, Fahren, Fahren auf der Autobahn, it goes, in a knowing, sarcastic nod to the sun, sun , sun, fun, fun, fun Beach Boys. Drive, drive, drive on the autobahn. There’s nothing fun about driving in a straight line for hours on end though, and Kraftwerk knows it. Propulsive, linear and never-ending, the entire 22 minutes (or 3 and a bit above) is driven purposefully by a pulsing electro bass and the same steam-powered drums that Stephen Morris would go on to replicate to great effect a few short years later on Unknown Pleasures‘ She’s Lost Control. Stop for a moment and consider just how influential Stephen Morris’s band was. Without Kraftwerk, it’s arguable whether Joy Division would’ve sounded quite as they did. No Kraftwerk, no JD, no post-punk discipline as we know it. Autobahn is, then, an important record.

That chiming keyboard motif, melodic yet melancholic, synthesised yet soulful is the tune that quietly worms its way into your head. Driving Kraftwerk forward into a new future where they’d eventually be considered kings, Autobahn endures to this day. Those unexpected airy whooshes – motorcars by Moog – that punctuate the repetitiveness transport me straight back to that bedroom in the mid 70s, the unforgiving sounds of Vauxhall Victors and Ford Cortinas keeping me half awake for hours at a time.