It’s not quite Hallowe’en yet, Brexit has been given some sort of stay of execution and the tapers have yet to be lit at arm’s length on yer roman candles and squibs and firecrackers, yet magazine feature editors employed by the more switched-on music publications will already be compiling their Best Of 2019 lists. While it’s far too early for me to think of such things, a prime contender will surely be Incidental Music by camera-shy Mancunians W.H. Lung.

I’ve written about the band a couple of times before, from their debut offering being whizzed in the direction of Plain Or Pan via email, to the debut album released without fanfare or fuss in April. Back then I was taken by its clattering juxtaposition of LCD Soundsystem mid-paced grooviness and clean, chiming Public Service Broadcasting guitars. These days, it still sounds fantastic…even better, to be truthful. Best heard as a whole, Incidental Music ebbs and flows and dives and soars in the way all great albums do. That it was hatched in Manchester will only cement its status as a future classic. It sits perfectly well in a lineage that includes Unknown Pleasures, Power, Corruption And Lies and Bummed, a trio of electronically-treated albums that rocked at the core. If it fails to make the upper echelons of those much pored-over lists come Christmas time, I’ll eat my original copy of PC&L in protest. You can hold me to that. 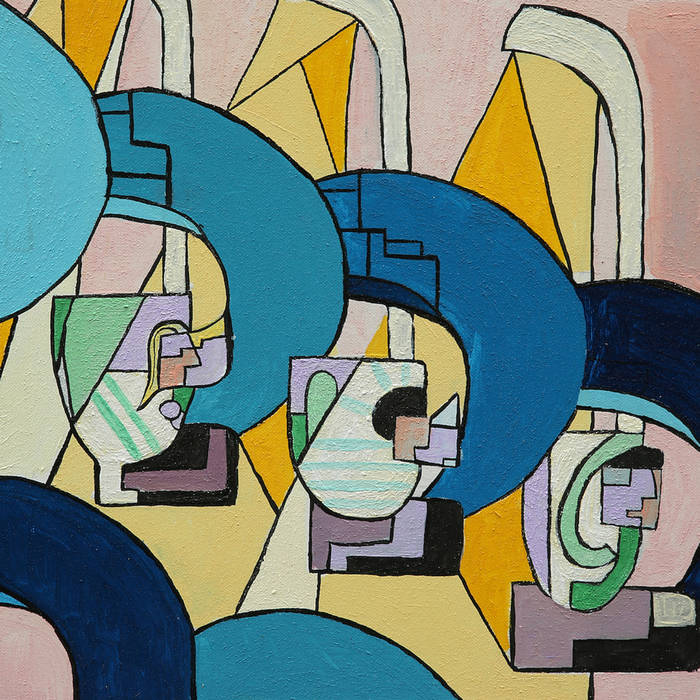 In the unassuming way that W.H. Lung do, I arrived home from work today to an email from the band. Would I make a feature of their new track, they wanted to know. Before I had my jacket off, the familiar whooshing, metallic guitars and linear groove were spilling their tiny, tinny guts from my phone. Music on a phone sounds totally rubbish, as you know already, so it was soon booming from the speakers wired up to my PC; a fantastic, skyscraping and soaring metallic clatter totally in keeping with the album material but, more importantly for Lung-watchers, a new track.

Snippets of lyrics sung by a falsetto voice with a social conscience unravelled and revealed themselves over repeated plays in the troughs between the peaks in the propulsive soundtrack. “A body curled around a lamp-post like a cigarette in light rain….Daddy, why is there a man asleep there? Should I wake him?” And was that something too about Alan Turing, WWII code cracker and thorn in the government’s side? Turns out it was.

As singer Joseph E explains, “There’s a statue of Alan Turing in a small park just off canal street in Manchester city centre. The statue has always struck me as odd, the face is quite childishly done and Turing seems to be offering his fruit to passers-by. People often sit with him and take pictures. The park is also regularly attended by the homeless community of Manchester, as visible a presence on the streets now as the statues of the great and famous.” 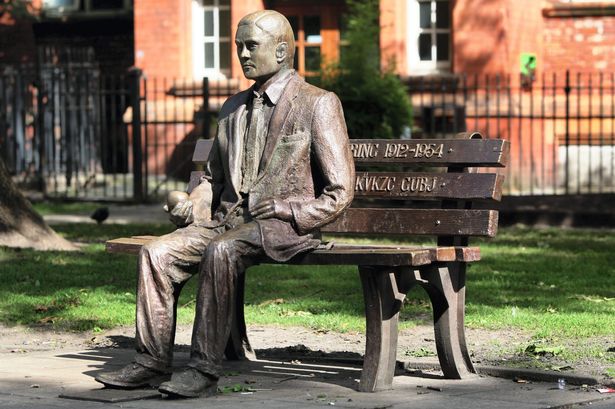 In a nod to the city’s homelessness problem, the band will donate all profits from the sale of the single to Mustard Tree and Booth Centre, two local charities dedicated to the issue of homelessness in the city.

If you like the track above, use it as your gateway to the wonder of W.H. Lung. Buy the track and help the homeless. Buy the album and help the band. Go and see them on tour in November. And look out for Incidental Music topping those Best Of The Year polls come Christmas time. Amazingly, you read it here first.