It’s funny how Jon the Postman went in the blink of an eye from delivering letters to delivering spontaneous punk karaoke between support acts in the venues of mid ’70s Manchester while Subway Sect‘s Vic Godard, in roughly the same time-frame, went from dispatching soul-inflected sermons from the trenches of punk’s frontline – fourth on the bill on the White Riot tour – to become an actual card-carrying postman. 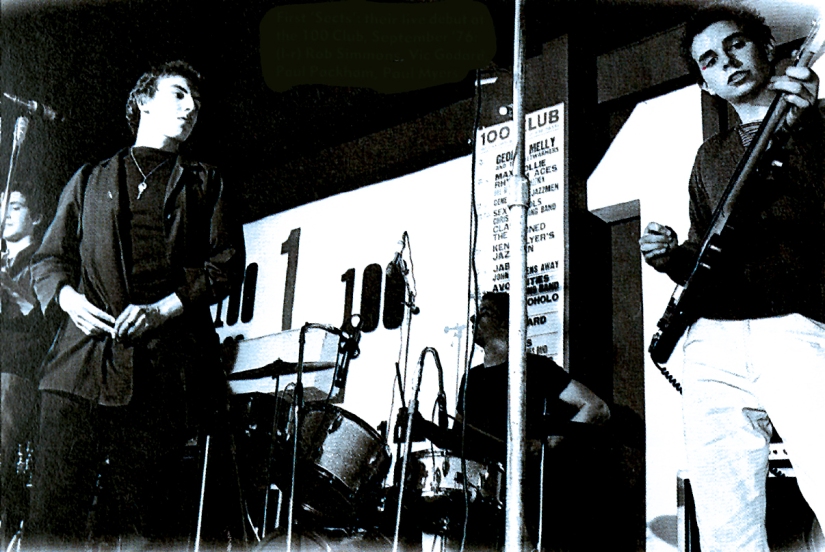 Subway Sect were something of an exception to the rules of punk. Punk’s ideal of ‘anything goes for anyone’ might’ve been the manifesto, heartily grabbed by any number of outsiders, insiders, movers and shakers who employed a rudimentary grasp of three chords and an enthusiastic approach to music making that far belied any noticeable ability, but by 1977, the scene had become cartoonish and bloated, lowest common denominator ‘punk’ by numbers that was anything but.

Not for nothing was one of Subway Sect’s few (read ‘two’) singles called Ambition. You might not know it, but you’ll know it. A clattering, Farfisa-led racket (together, though, in tune, and that’s vital), it introduced itself with a none-more-punk opening declaration; ‘You can take it or leave it as far as we’re concerned because we’re not concerned with you.’

Subway Sect had ambitions far beyond punk’s nihilistic stance…and were far more punk precisely because of it. They ploughed their own particularly rich furrow, with rattling guitars, shonky vocals and an unpretentious honesty that shone through in everything they did.

One quick glance at the band would tell you this. The hair is of the period; sticky-uppy, home-cut and suitably non-salon, but there’s not a well-placed rip on any item of clothing, let alone any phoney machismo or its accompanying element of threat. The one concession to ‘punk’ is Vic’s tiny, ironic snarl at the corner of his curled lip, possibly caused when his guitar strap broke just as the photographer clicked. They mean it, maaan, but not like everybody else.

Subway Sect had far more in common with Buzzcocks; fey, feminine even, their declarations of love and regret wrapped in old school jumpers and older suit trousers with wonky zips, sung keenly with an off-key Edwyn-ish warble that rippled as far afield as Glasgow, where the antennae attached to young Alan Horne’s schemes and dreams twitched and twanged with mutual understanding. No Subway Sect, no Postcard Records might seem a bit far fetched, but I don’t think so.

Common Thief finds Subway Sect cast adrift on some rough and ready talc-dusted northern soul dancefloor. There are handclaps, call-and-response vocals and a plethora of requisite ‘hey-hey-heys’ that no doubt resonated on some level with Kevin Rowland. Or perhaps Common Thief was influenced by Dexys, rather than being an influence on Dexys. The internet is unusually bereft of anything beyond scant information regarding it, but not to worry. The guitars, alternating with a suitably fat piano line for the title of ‘lead instrument’ are midway between cheesegrater thin and Philly soul slick – not a zillion miles away from the afore-inferred Orange Juice at all.

Vic’s vocal – falsetto in the verses and bridges, unpretentious and crooning in the chorus – enfolds itself around the words like the curling smoke from a torch singer’s Gitanes as they climb inside and occupy the melody, an approach that’s clearly as far removed from the phlegm-coated primitive howl of punk as possible. Ambition indeed. Get down on it.

This site uses Akismet to reduce spam. Learn how your comment data is processed.