Zoom!, the opening track on Love Kraft, Super Furry Animals‘ 7th album begins with a SPLASH! – the sound of guitar player Huw Bunford diving into a Catalonian swimming pool in a hopeful attempt to shake off the stifling sticky midday heat.

At once you’re baptised, immersed in a new rich Super Furry sound that comes steeped in an MOR AOR FM sheen; the heady sound and heavy vibes of ’70s California, of the Holland-era Beach Boys and the coke-flecked Fleetwood Mac, arranged perhaps by David Axelrod. The Super Furries’ kitchen sink approach to their writing finds interweaving melodies and harmonies coasting atop a backing of tinkling, descending keys, a sprinkle of ascending spectral chants, skittering drum breaks and crisp, electric guitars – the sort of guitars where you can hear the fingers scrape across the fretboards as the chords and riffs change shape.

Midway through, the metaphorical clouds darken and those wordless, classical chants come to the fore, bringing with them an uneasy, end-of-the-world feeling that at times recalls The Smiths’ Death Of A Disco Dancer, itself a heavy, lengthy, descending journey into the mind.

‘I can’t get enough of this,’ goes Gruff Rhys. ‘Kiss me with apocalypse.’ The lyric throughout is suitably obscure and wide-ranging. Over the course of 7 headswimming minutes, it takes in Lord Lucan and Shergar, the Virgin Mary crying blood, driving to the Kwik Save in a Ford Mustang and a dalmation whose spots have fallen off. Proof, if it were needed, that the Super Furry Animals can pack more musical and lyrical ideas into one verse than a lot of bands can manage in a lifetime. 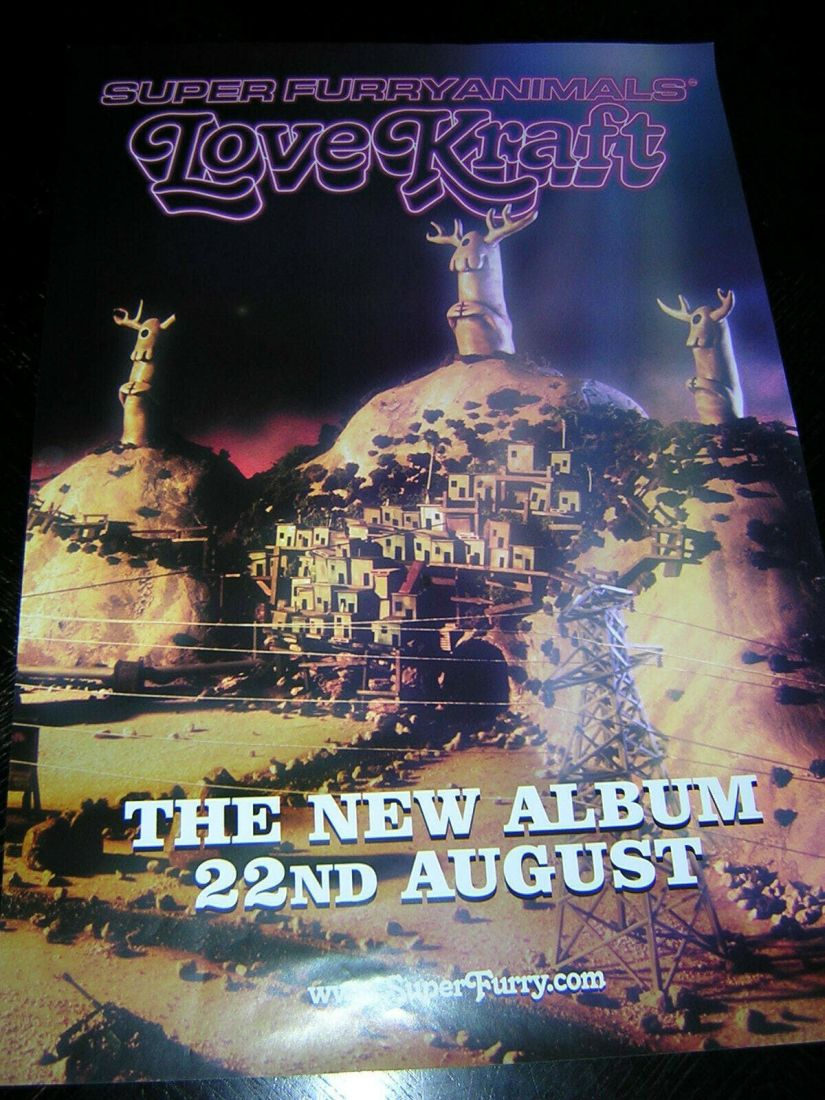 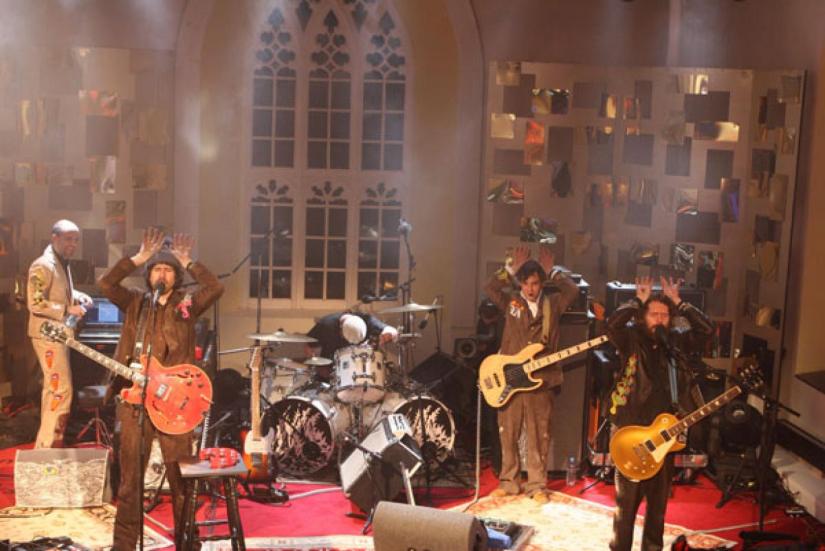 A Super Furry change of pace finds it moving into sludge rock in the middle and again toward the end, a super-melodic track worthy of inclusion on, say, Pacific Ocean Blue, sandwiched between a squall of Spectorish drums and squealing guitars. It’s not all smooth LA vibes round here, they say without saying.

Love Kraft is a happy product of circumstance. Following the demise of Creation, the band found themselves signed to major label Columbia. Happy with their charges, the label funded recording in Spain and mixing in Brazil. Beastie Boys and Beck producer Mario Caldato was brought in to produce, and using the label’s funds, embellished the record with strings and brass and musical decoration that the band could only have dreamed off in the years previous. The result is an album that Gryuff Rhys himself says is the band’s pinnacle to date.

If you’ve never fully investigated Super Furry Animals, you might try their debut Fuzzy Logic and it’s follow-up Radiator, but I suggest you fast forward to album number 7 and work your way outwards from there. These days, bands never really split up. They take an extended hiatus, release solo albums and side projects, produce other bands perhaps, but eventually they always find one another again. Lets hope Super Furry Animals, one of our greatest, most-inventive, unique and special bands do likewise before much more time has elapsed.