1966. The decade was in full swing. Skirts grew shorter as hair grew longer. Some team or other won the World Cup. Bands were beginning to realise that there might be a bit of longevity in this fleeting thing called the music business after all. The album was at the point of becoming more important than the single. At the end of the summer The Beatles put out Revolver and played their last live show in front of a paying audience, turning their attentions instead to using studio technology to realise their artistic vision.

The Stones were just warming up though. Barely four years old, they were on a phenomenal run of records. In 1966 alone, they released their fourth album Aftermath and a run of half a dozen singles/EPs, all unique, all still instantly singable 55 years on; As Tears Go By, 19th Nervous Breakdown, Paint It, Black, Mother’s Little Helper, Lady Jane and, the cream of them all, September’s Have You Seen Your Mother, Baby, Standing In The Shadow?

The Rolling Stones – Have You Seen Your Mother, Baby, Standing In The Shadow? 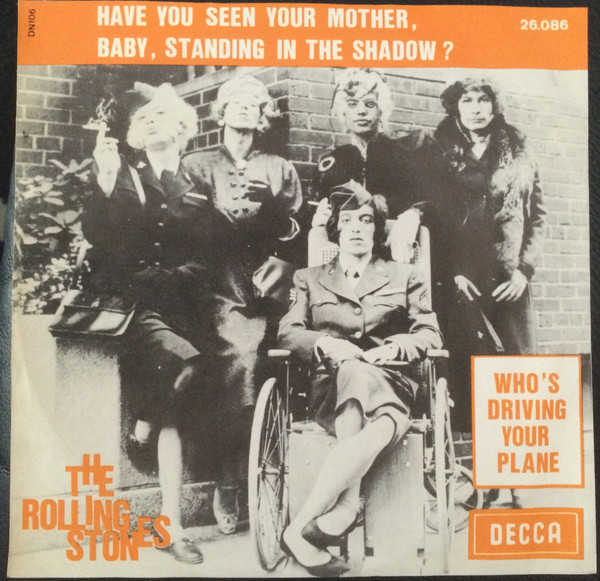 Riding in on a snarling lip curl of droning, wah-wahd Brian guitar, Have You Seen Your Mother, Baby, Standing In The Shadow? rattles along for two and a half frantic minutes, a downhill-without-the-brakes-on clash of badly recorded trumpets, thumping, divebombing bass and hard-to-hear percussion, welded for posterity to a rhythmic piano riff, all left hand and boogie woogie blues, and topped-off by one of Jagger’s more throat-ripping vocals, slightly too high a key perhaps, but one that all adds to the urgency.

Have You Seen Your Mother, Baby, Standing In The Shadow? was indeed an urgent record. Needing a new tune to premier on the Ed Sullivan Show, the track was commited to tape almost as soon as Jagger had jabbed the last full stop on his lyric sheet. If you could pick apart its constituent pieces you might be able to spot Bo Diddley maracas and handclaps, Keith’s clipped, staccato guitars fighting for earspace with Brian’s fuzzed-out proto-punk riffage, some rattling, brain-jangling electrics in the breakdown and a brass section that pre-dates the loose ‘n louche Exile On Main Street by a good few years.

There’s an awful lot going on in its electric soup, not least a nod and a wink to the American underground, a Nuggets for the mainstream if you may. Keith Richards hated the final mix. It was muddy, he said. The trumpets sounded raspy and far-off. The track’s original groovy rhythm was buried underneath a blanket of white noise and peripheral faff and yet…and yet…Have You Seen Your Mother, Baby, Standing In The Shadow? may well be the best Stones’ track of ’em all, Keith.

Take note of those Mick ‘n Keith call ‘n response vocals. Richards especially is having a ball. “I’m glad I opened your eye-eye-eye-eyes!” he goes, rhyming eyes with ice and time and fine on every other line, filling the spaces where the band pause for the briefest of respi-ay-ay-ites.

Charlie, always the backbone of the Stones, almost always a half beat behind the others but not on this record, makes the most of these mini-breaks, pausing for a nanosecond before driving the band home to its wonderful, widescreen, barre chorded end. You can practically see the impish Jones smirking from underneath that beautiful outgrown bowl cut, the devil making work for his less-than-idle hands as it plays out in reverbed slo-mo.

The next year would bring Let’s Spend The Night Together, Between The Buttons, drug busts, Ruby Tuesday, court cases, We Love You, Who Breaks A Butterfly On A Wheel?, Their Satanic Majesties Request…. It was quite the time to be a Rolling Stone.

In it’s sloppy, midpaced booming fug, all emphasised vocals and eee-long-gated vowels, I can never hear this without imagining a hunched-up Shaun Ryder singing it. It’s all rather great, an underplayed hidden gem(Stone). 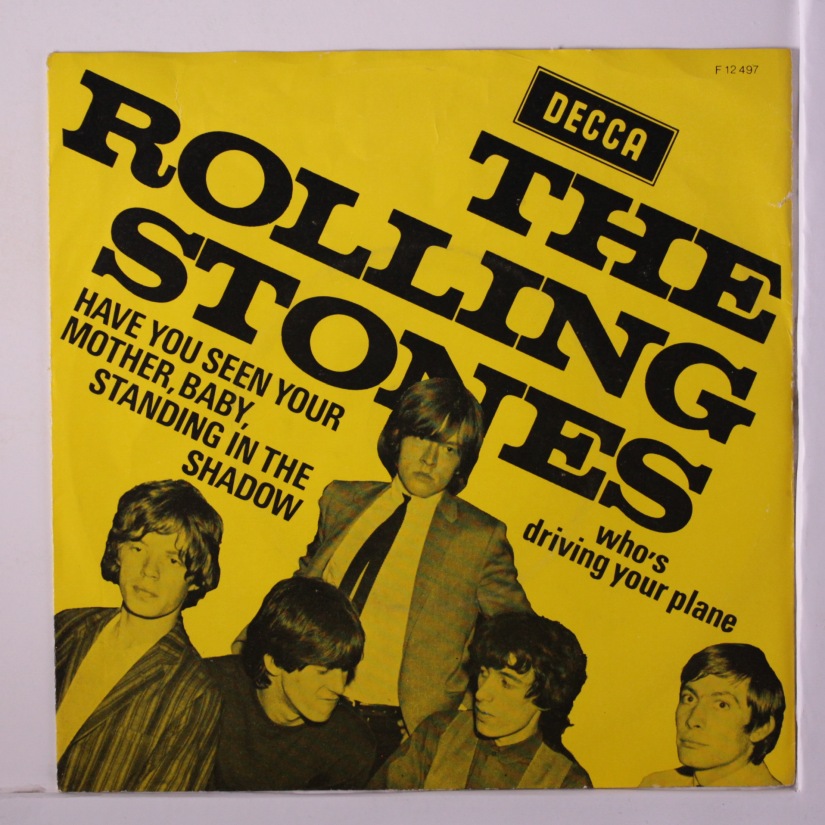 My Tweets
Join 1,043 other subscribers