The whole of The Clash‘s Sandinista! might be almost too much to take for the first 40 years of listening, but one day you’ll wake up and it’ll all make perfect sense. It’s an exhaustive listen, a triple album that cliché would have you believe would be better off trimmed to a double, but it’s great precisely because it’s so sprawling and genre-hopping: dub reggae, punk rock, soul, rockabilly, whacked-out proto hip-hop, stadium-sized riffage, Clashified covers of Mose Allison, the Equals and The Clash themselves (how meta, the hipsters might say today)…. you name it, Sandinista! has it all. 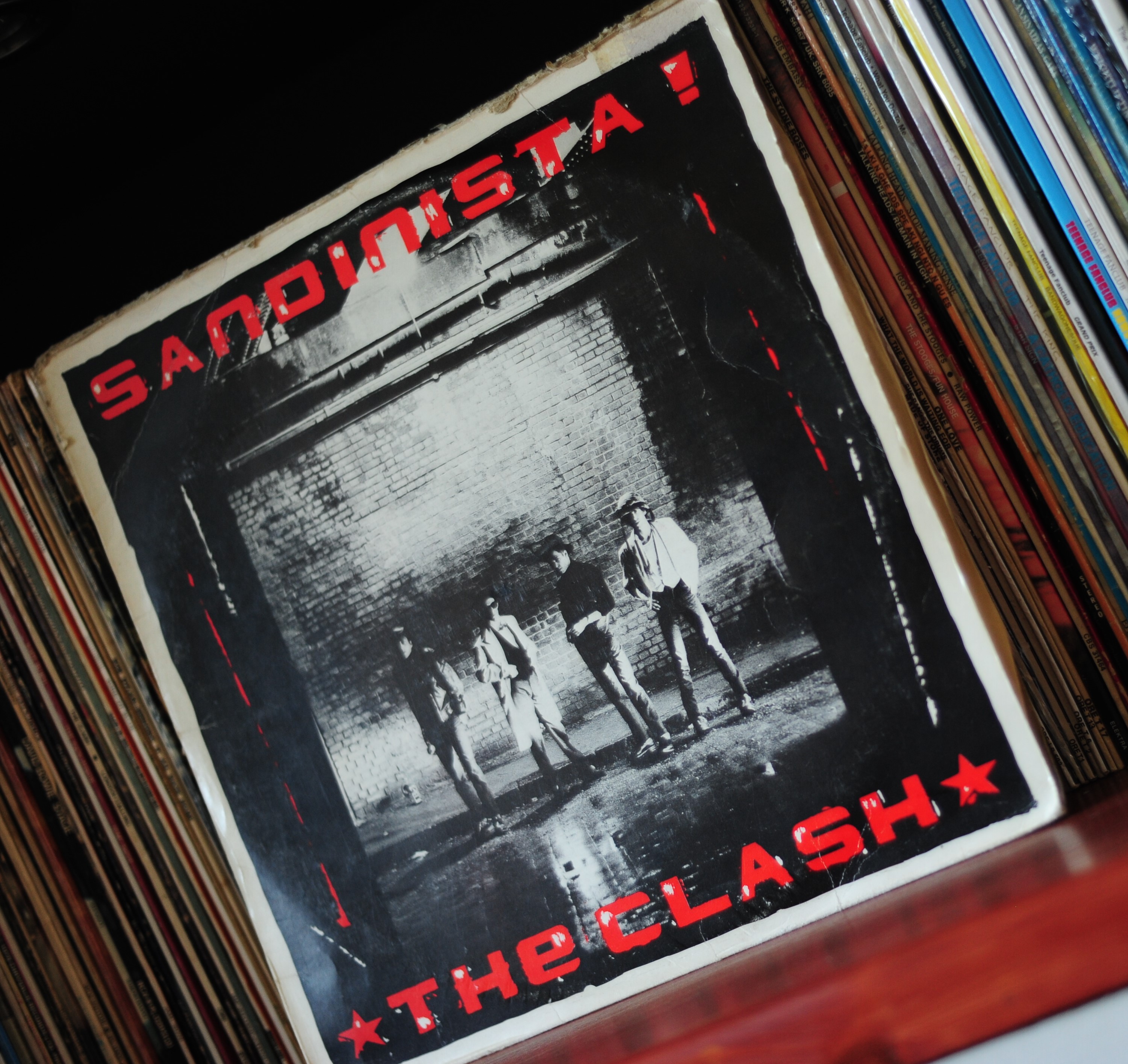 Side 1 of 6 sets the entire stall out, spinning wildly through the perennially groovy Magnificent Seven and the take-it-to-church Supremes stomp of Hitsville U.K. via Junco Partner‘s head-nodding roots reggae before alighting on Ivan Meets G.I. Joe.

Ivan… comes at you like a rush of hot dusty, musty air from out of the westbound tunnel at Ladbroke Grove underground station, a clattering, echoing, rattling racket that arrives suddenly, hangs about for a prime-time 3 minutes then rushes off again, a blown-up trail of what the fuck was that? left in its wake. Four songs in and The Clash have merged more ideas and genres than most bands would dare to tackle in a lifetime.

A fantastically-arranged track and surely a blueprint for the future Rock The Casbah, Ivan Meets G.I. Joe is a Cold War dance-off that predates Frankie’s Two Tribes by a good three and a half years. Where Frankie revelled in the fight, The Clash suggest the two superpowers might be better off hitting the dancefloor than one another. The entire track is smothered in added bleeps and whooshes, Howitzer explosions and rapid-fire machine gun fire. It’s certainly dance music Jim, just not as we know it.

Joe Strummer may have written the vast majority of the words, but it’s the drummer that this track really belongs to. Arranged by Topper Headon, he incorporates pounding piano, a juddering brass section and a tight-but-loose disco drum beat that showcases his talents. In concert, the track afforded Topper his Ringo moment, the spotlight leaving the other three to jump about in the shadows for the duration. Y’can say what y’like about Topper, but you won’t hear many bad words about Ivan Meets G.I. Joe.

Forever principled, The Clash eschewed individual songwriting credits on Sandinista! Lower royalty payments would allow them to sell the album at a fan-friendly price and despite pressure from those at CBS, they were adamant that the entirety of the album they’d presented would be the album that was released. Turning money into rebellion (!) they gave up all royalties on the first 200,000 copies sold, enabling the six sided album to be sold for not much more than the price of a standard LP. Can you imagine any act suggesting this nowadays?! (Can you imagine (m)any acts selling 200,000 albums nowadays?)