The neighbours to my kitchen side have been slowly building an extension for the past couple of months. The battering and hammering and shouting and swearing usually begins at eight in the morning and lasts until mid afternoon, earlier if there’s rain or other such setbacks. “Did you just drill through that fuckin’ thing?!?” I heard accusingly one day as I hung the washing out. There was a muttered, muffled reply followed by a “You fuckin’ idiot!” and a good two or three days of silence and inactivity. I don’t know quite know where the drill was bound for, but it seems the boy did indeed drill through the fuckin’ thing.

Back on track, the racket continues. Amongst the blaring Commercial FM – adverts every five minutes punctuated by out of tune builders singing to Ed Sheeran – my garden has been filled with the sound of summer – brain crushing nail guns, all compressed air and heart-stopping rat-a-tats, bandsaws that grind their hellish grind right to the very back of your fillings, unidentifiable dull thuds – perhaps the boy receiving his punishment for the misplaced drilling, and an ever-permanent coating of red brick dust that blows only in our direction the minute a brick requires cutting. It’s quite the sound and sight.

A day or two ago it was building to a perfect, swirling crescendo, bandsaw and bawling builders and the bang bang bang of the nail gun all trying to outdo one another. A hellish cacophony of noise. And it hit me – I’ve heard this before. That jarring, pummelling racket, disconcerting and never-ending, uneasy listening that the ears have trouble adjusting to…..it’s My Bloody Valentine! Specifically You Made Me Realise. Ha! You made me realise indeed.

My Bloody Valentine – You Made Me Realise

MBV’s gig in the Barrowlands (1992?) is the reason I suffer tinnitus. It’s whining away in the background right now, a permanent reminder of why you should consider ear defenders if you’re a regular gig goer. They’re just not very cool though, eh? Midway through You Made Me Realise, after the machine-gunning snares and off-kilter harmonies and the lurching open-tuned riff, right when the bass and guitars and drums lock into that chuga chuga swirling groove, Kevin Shields stomped on the pedal marked ‘Aural Sickness‘, hid himself behind his lank fringe and for a good while, maybe 6 or 7 full minutes, let rip an ear-splitting shriek of howling white noise, band and bass and drums and everything playing as one.

Like a Panzer attack, it reverberated from the front of the stage, crept over the tops of heads and into the lugs and set up camp, pulsing and refracting and phasing and flanging until the sub frequencies began playing tricks. My eyes hurt! People actually left and I was at most 15 seconds away from throwing up when Shields peeked out from behind the fringe and nodded the others back into more tuneful action. Close call. I know lots of folk love this sort of thing, but man! It was just too loud.

There’s a good article currently doing the rounds where The Sopranos’ Michael Imperioli talks about his favourite music. You can hear his Sopranos’ character voice – Chris-tuh-fuh – leaping off the page as you read about his love of Chuck Berry and the New York Dolls and doo-wop. A great article, he talks about other bands and artists that you might not expect him to like…including, quite unbelievably, My Bloody Valentine.

Imperioli mentions leaving a Dinosaur Jr gig early, the support act MBV having drained him of all emotion ahead of the headliners. Drained of emotion maybe, or just feeling plain sick. I wonder if he suffers from tinnitus too? 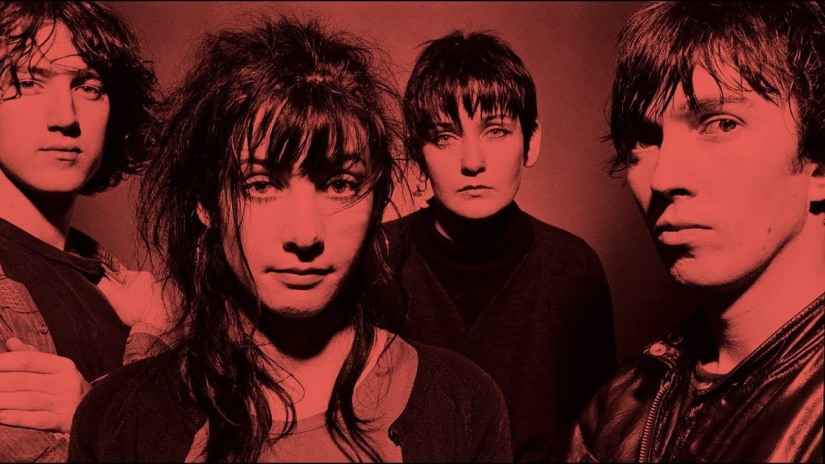 * for the record, I love My Bloody Valentine, especially You Made Me Realise.