There’s a new Paul Weller album out today. He’s clearly a prolific, unflinching, bloody-minded writer, an English version of someone like Neil Young. You can certainly draw parallels between the length of their hair these days, let alone the length of their careers. Both started out in successful bands, both went solo, both still steadfastly plough their own furrow, their generally considered ‘greatest albums’ far behind them.

It wouldn’t be unfair to suggest that Weller’s output can be grouped into four distinct categories: 1) The Jam, 2) The Style Council, 3) The solo years up until Stanley Road and 4) everything else since. This isn’t intended to be disingenuous. There are plenty of PW fans who will point to The Jam’s progression from angry, besuited punks to the soul-obsessed Beat Surrender that hinted at Weller’s next move, and from that soulful start to their misunderstood house-obsessed finish, The Style Council certainly rode the zeitgeist of musical movements. Plenty too will cite Wake Up The Nation as just as relevant an album as Wild Wood. I’d even agree – and Sonik Kicks too for that matter. But I have to admit to a slackening off in my engagement over the past couple of albums. Partly, that’s been down to the crazy prices he can charge for a deluxe version of the latest album and partly because the lead tracks from those albums kinda passed me by. If I had the money and time to invest in them, I daresay I’d have a different opinion. Maybe I should just steal them online like everybody else and form a considered opinion. The new album – On Sunset– has been trailed with an interesting set of 70s-inspired fonts against bleached-out orange, pink and yellow graphics. It looks like the sort of thing I should investigate, even if his hair these days is part Agnetha from Abba and Brian Connolly from The Sweet. 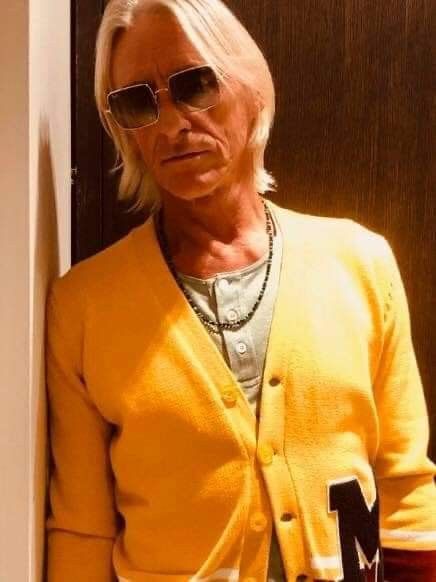 Weller has always been about moving forward – Start, Dig The New Breed, My Ever Changing Moods, Push It Along – but haud the bus, Paul. Rewind, look over your shoulder, listen again to some of your finest moments. The best bits easily still stand up today. Like Long Hot Summer… 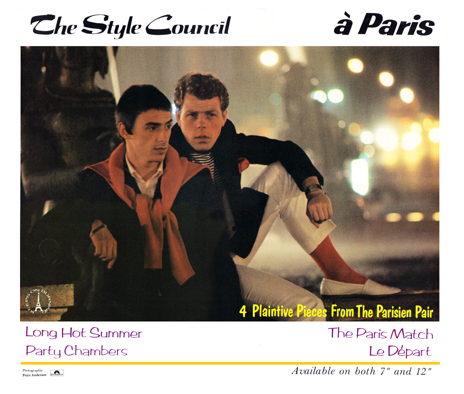 Long Hot Summer has it all. In a lineage that begins with The Young Rascals’ Groovin’ and continues through to Jazzy Jeff’s Summertime, it’s one of the truly great mid-tempo summer tracks. Its awkward shoe-shuffling electronic beat might be difficult to dance to but it’s essential for conjuring up the feel of, well, a long hot summer. It’s the bass synth that carries it. Instantly recognisable – I’ll name that tune in one, Paul! – when he played it quite unexpectedly mid-set at the Hydro a couple of years ago, I was beyond myself with excitement. Fuckin’ Long Hot Summer! I shouted to Fraz. Long Hot Fuckin’ Summer moaned the old punk to his pal on my left at the same time. The placement of the sweary word is important here. Said at the start, it’s generally a positive thing. Placed midway through the sentence, it makes for quite the opposite. So there y’go. Paul Weller, still polarising his audience all these years later.

It’s a great production, Long Hot Summer. Along with that bass line, Weller’s vocal comes across as something that might’ve flown straight off the grooves of What’s Going On. Low and spoken in places, floaty and falsetto in others, it runs the range of what makes soul music soul music. When used to transport the lyrics of loss and longing, well, it makes for quite the thing. There’s a chord structure to match too, right up to the major 7ths in the bridge. Then there are the handclaps, the shiddy-biddy-do-wap-waps and the bubbbling analogue synths. If the Isley Brothers or Chi-Lites made a better record, I’ve yet to hear it. Weller, amazingly, was barely into his 20s when he wrote it. 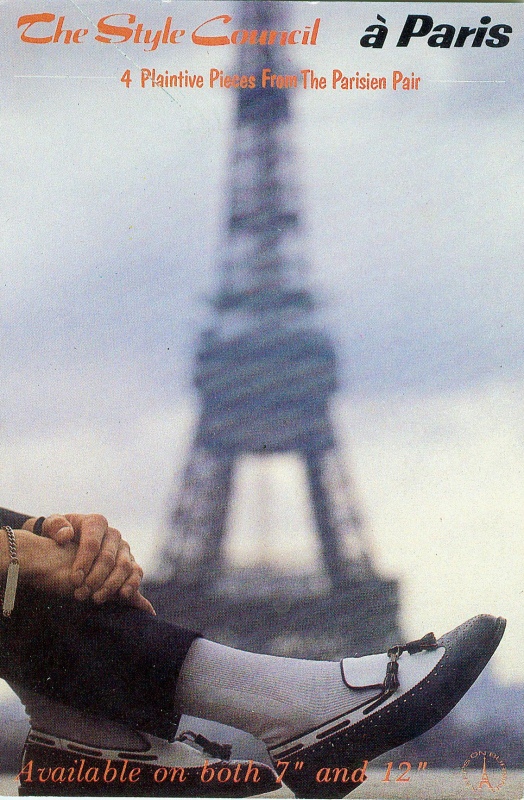 I’ve been playing The Style Council Á Paris EP a lot this week. Long Hot Summer is the lead track and the needle has gone back and forth across the A-Side a zillion times since I first rediscovered it on Monday. That line – the long hot summer just passed me by – is bothering me though. It’s a sign, a clue, a plea from the writer himself that I really should get to his more recent albums. A visit is in order.

9 thoughts on “Don’t Matter What I Do”